Calendar for the 2017 MXGP Season Released 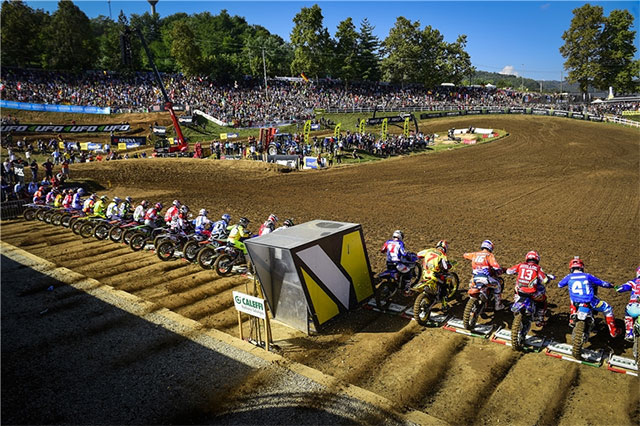 In 2017 the FIM Motocross World Championship will be bigger and better than ever with twenty rounds scheduled to take place in seventeen different countries across four different continents.

Youthstream has revealed that the world‰Ûªs premier motocross series, MXGP, will return to Russia for the first time since 2012, with the MXGP of Russia set to take place at Orlyonok, the same track and location that hosted the 2016 FIM Junior Motocross World Championship back in August.

In addition, the motocross Grand Prix will return to some of the old favorite venues such as Agueda, Portugal, Baldasserona, San Marino, Uddevalla, Sweden and ErnÌ©e, France, the venue that rocked this world back in 2015 when France won the Monster Energy FIM Motocross of Nations on home turf. With French motocross booming, France will also host a second grand prix, and it will be the final round of the 2017 season, at Villars sous Ecot.

Besides Pangkal Pinang, Indonesia will host the second round of the FIM Motocross World Championship for the first time.

In addition the full calendars of Honda EMX150, EMX125, EMX250 and EMX300 Championships are available here below. 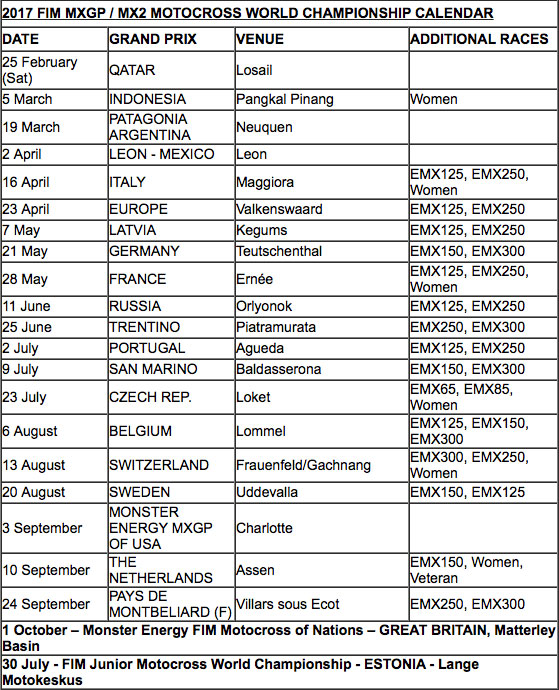