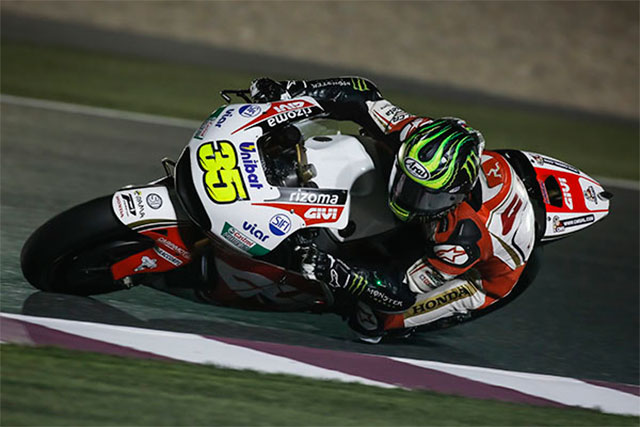 Cal Crutchlow and his LCR Honda Team completed their last test before the start of the MotoGP World Championship proper on Friday evening, with the final day of three taking place at the Losail International Circuit in Qatar.

Testing this year has been more important than in previous years due to the changes in regulations that include a new official tyre supplier in Michelin and a standard ECU software package across the whole field.

Despite a small tumble whilst completing a race simulation, the British rider still leaves Qatar in good spirits having made some decent progress in improving the front-end feeling from his factory spec Honda RC213V. Crutchlow set the seventh fastest time of the evening, and of the week, but knows there is still room for improvement before the season begins at the same Losail track in under two weeks‰Ûª time.

‰ÛÏToday was a better day, together with the team we worked well," Crutchlow said.

"The problem however was that we didn‰Ûªt have enough tyres for the whole testing session, the same as a lot of the other riders. Unfortunately, that meant we were using some used tyres when we started to do our longer run and I had a front-end crash. The bike actually flipped over and landed on top of me, so I had to have some scans and check-ups afterwards.‰Û 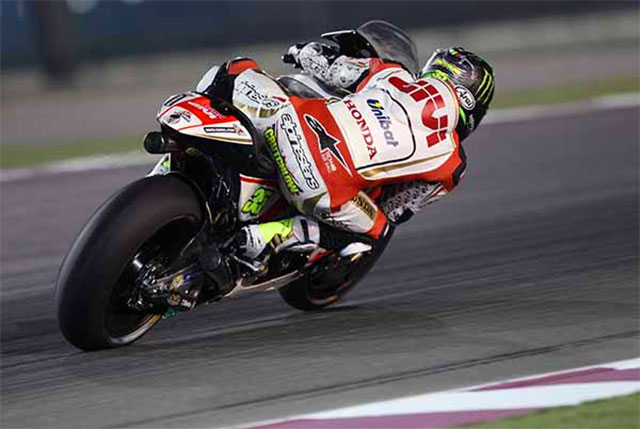