Cairoli and Prado Set the Pace at Swiss MXGP Qualifying 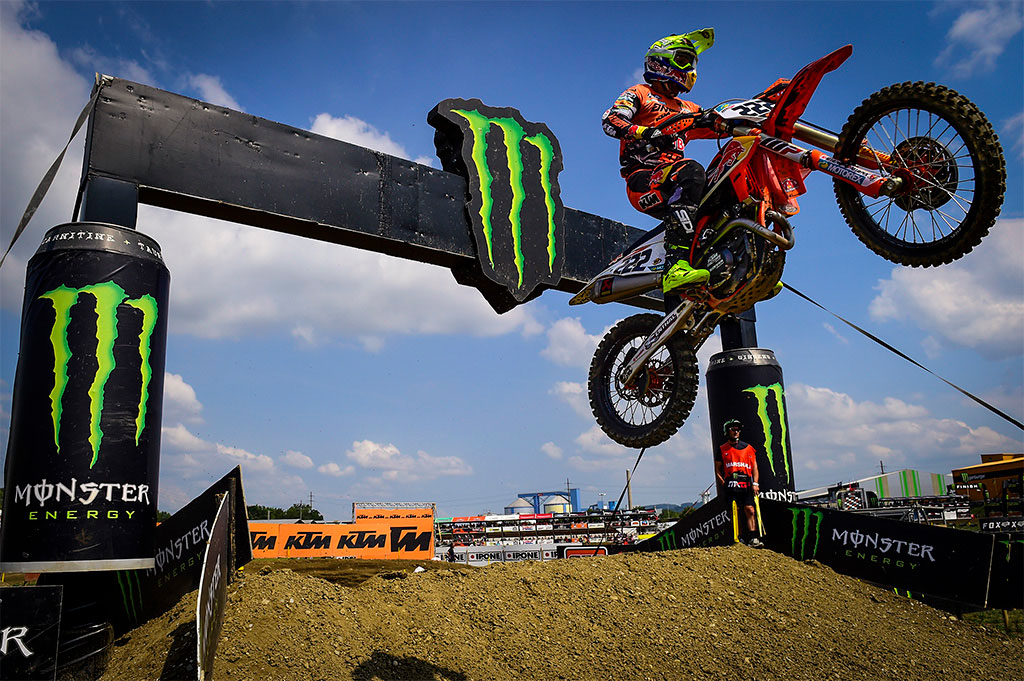 Defending champion Tony Cairoli set the pace in MXGP while team-mate and championship leader Jeffrey Herlings struggled after crashing off the start. Photo: Youthstream
MXGP‰Ûªs 16th round of the year is underway after today‰Ûªs Qualifying races in Frauenfeld-Gachnang, Switzerland for the 2018 MXGP of Switzerland presented by iXS.

MXGP Qualifying heat was off to a wild start with Team HRC‰Ûªs Tim Gajser and championship leader Jeffrey Herlings leading the pack through the first corner. By the exit of turn 2 however Herlings was down and picked his bike up in dead last position.

Herlings, though in 37th off of the start, was already up to 20th by the end of the first official lap. Cairoli took 3rd from Anstie on lap 2 before closing on Desalle. Cairoli played the patient game and even though he struggled to find a way past at first, he eventually got past the Belgian on 8 then only took one more lap to pass Tim Gajser for the lead. 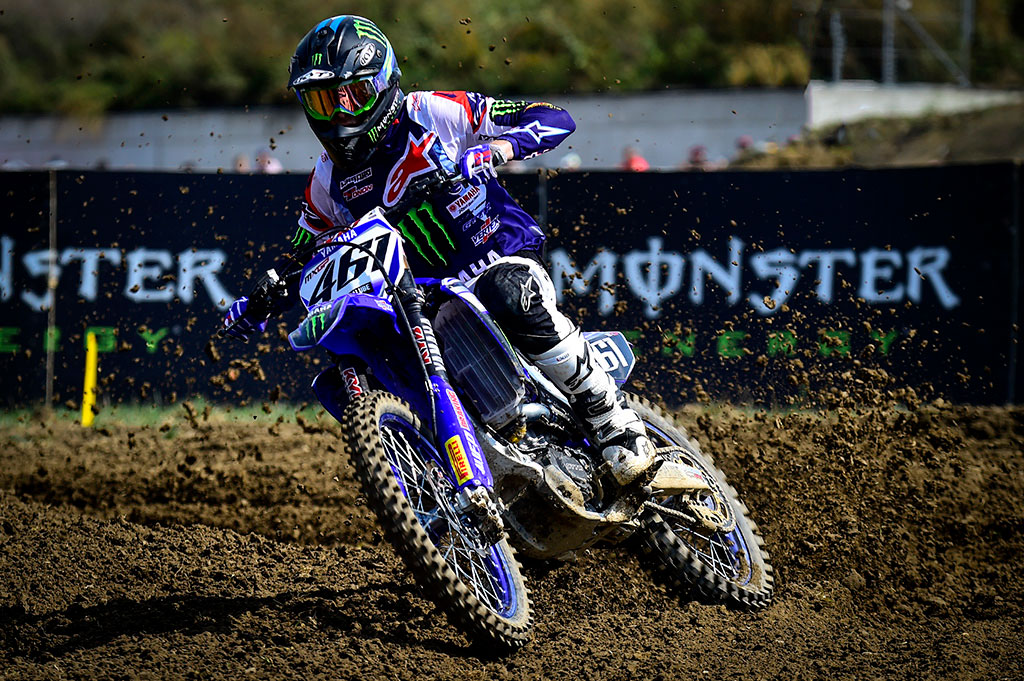 Romain Febvre finished in a solid second place. Photo: Youthstream
Van Horebeek‰Ûªs Monster Energy Yamaha teammate Romain Febvre was in a battle with Seewer earlier but just after he passed the Swiss rider the #91 fell and dropped to 7th. Febvre continued to push forward even putting in the fastest lap of any rider in the race.

Gajser meanwhile was fading quickly and dropped from leading the race to 5th in a single lap. Febvre took full advantage and moved from 5th to 2nd in the next 3 laps. Herlings picked off a few more positions including 2 on the last lap from Seewer and Gajser.

At the finish it was a win from Antonio Cairoli with Romain Febvre 2nd, Clement Desalle 3rd, Max Anstie 4th, and Fremchmane Gautier Paulin 5th. 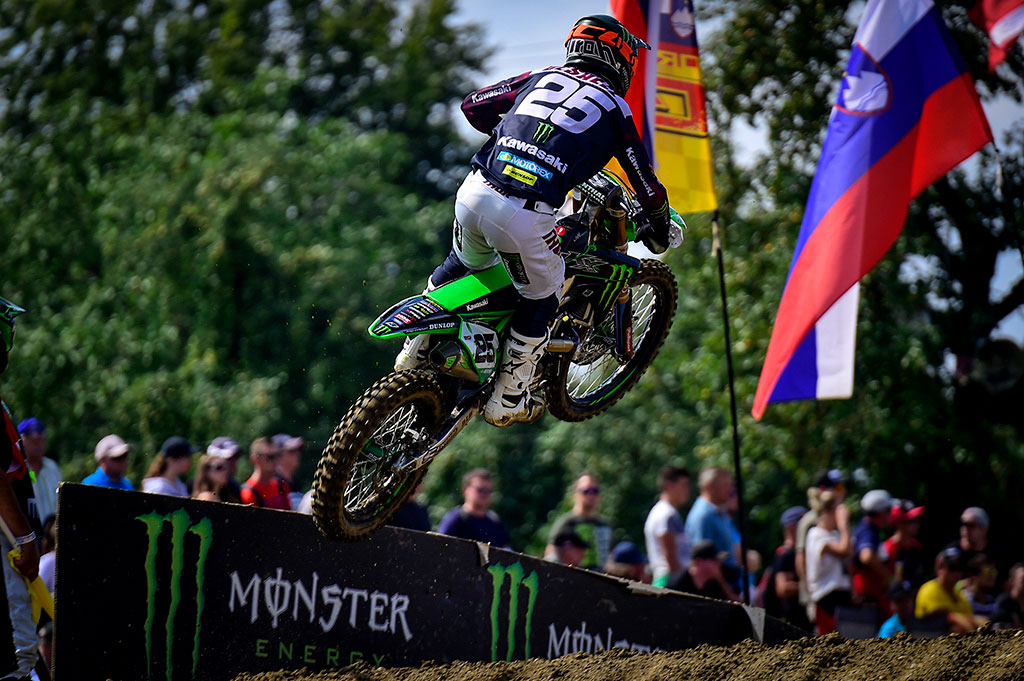 Two laps from the end I made a small mistake in the corner before the uphill triple jump; that meant I couldn't jump it and Febvre passed me but third is good for tomorrow and I go into the GP races full of confidence." Clement Desalle:
‰ÛÏMy goal, for sure it is difficult, but it is to stay in the front and try to win as much as possible, Cairoli said. "The points gap is not that big and I knew that last race would be difficult in Lommel because Jeffrey is very fast on that kind of track but from now on I will try to stay closer and try to stay in front as much as possible. I will do everything I can to stay in front, I still have some races to go so I will see what happens.‰Û 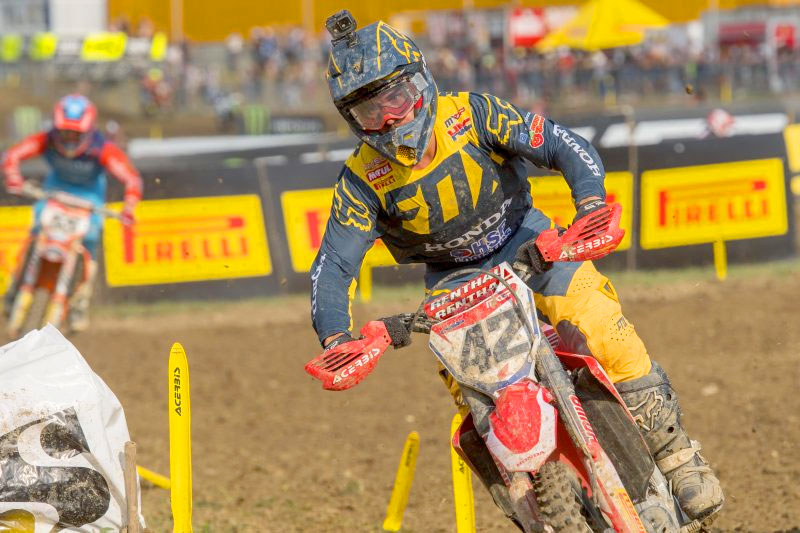 "We have a few ideas about adjustments to the set-up for tomorrow, but a lot has to come from my side, too. Hopefully we‰Ûªll be able to get two good starts and build up from there." Todd Waters.
Wilvo Yamaha Official MXGP‰Ûªs Arnaud Tonus has begun riding again but took part in his home GP as a spectator saying: ‰ÛÏI have been back on the bike the last few days which is good because I was off it for a while. It is home here and it is hard to come here and not be racing but I hope for some good racing tomorrow and that the fans enjoy it.‰Û 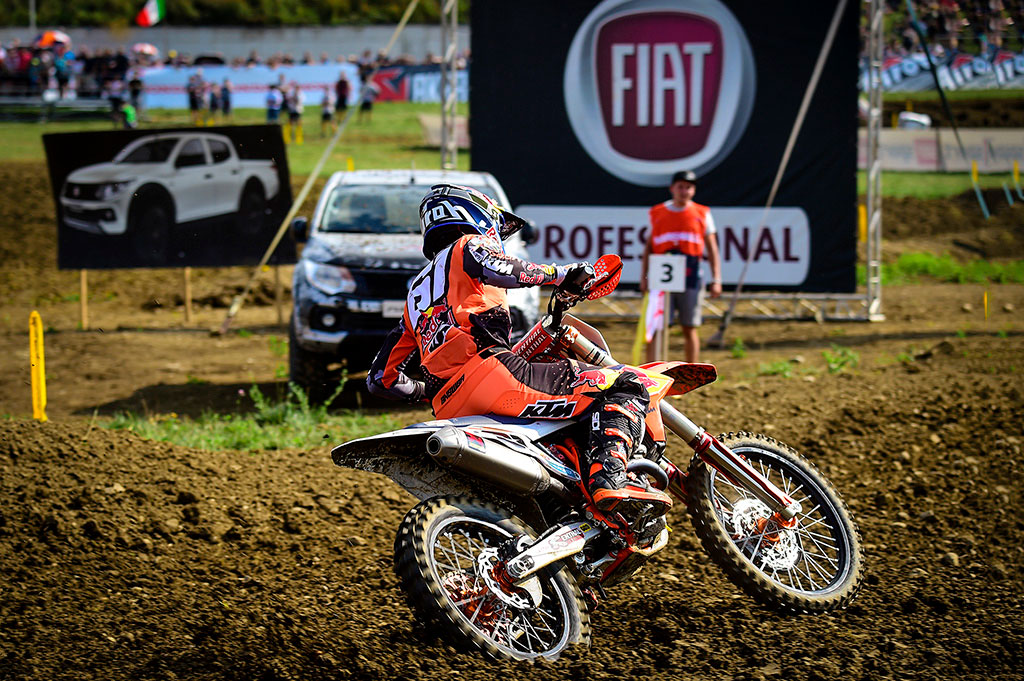 MX2 Championship leader Jorge Prado overcame a small fall to wrestle the lead back off Hunter Lawrence and go on to the qualifying race win. Photo: Youthatream
MX2

MX2 Qualifying race was off to a more typical start than that of MXGP with championship leader Jorge Prado taking the Holeshot. Looking comfortable for the first time in many races was Honda 114 Motorsport‰Ûªs Hunter Lawrence who was second with American Thomas Covington 3rd.

Thomas Kjer Olsen was 4th but under pressure from Pauls Jonass. By the end of the 3rd lap Jonass had taken 4th from Olsen as Covington continued to pressure Lawrence. The pressure didn‰Ûªt seem to hinder Lawrence however who instead took advantage of a fall from Prado to get into the lead.

Prado‰Ûªs fall only cost him the lead as he got up just ahead of Lawrence but didn‰Ûªt have the momentum necessary to clear the next jump. Lawrence‰Ûªs lead lasted for 3 laps before he made a mistake and seemingly stalled his bike losing both his momentum and the lead. 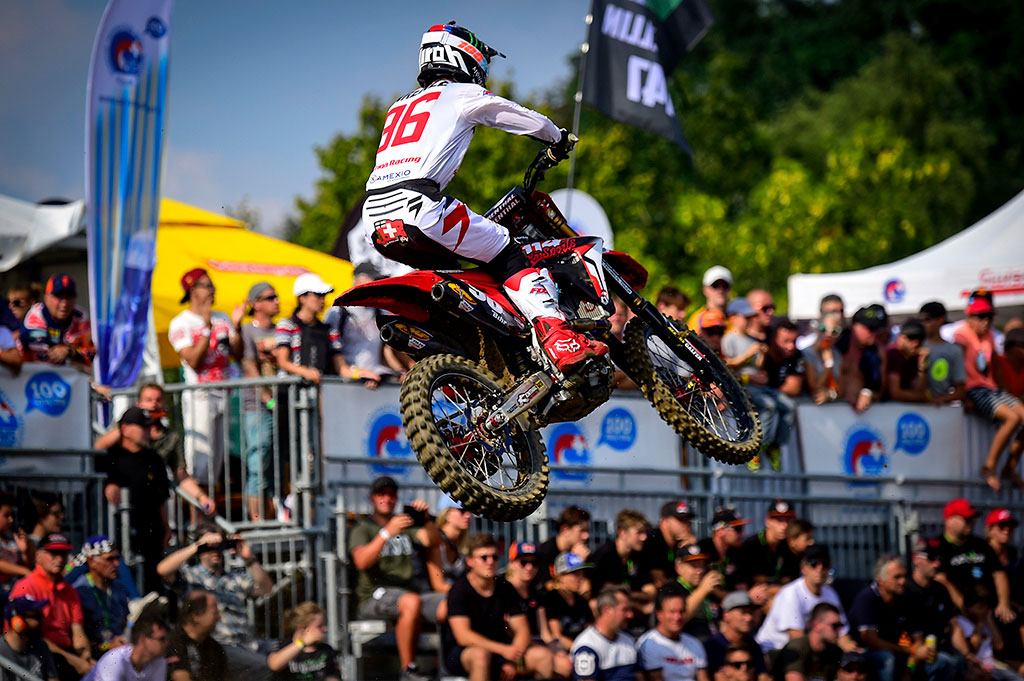 Australia Hunter Lawrence found plenty of form in Switzerland, leading the qualifying race for 3 laps before settling for second. Photo: Youthstream.
Kemea Yamaha Official MX2 Team‰Ûªs Ben Watson took his Yamaha from 8th on the first lap up to 6th while his teammate Jago Geerts crashed out of the race and was helped off the track by medical personnel.

At the finish of the race it was Jorge Prado who took the win even after his fall with Hunter Lawrence 2nd, Thomas Covington 3rd, Pauls Jonass 4th, and Thomas Kjer Olsen in 5th.

‰ÛÏIt was a good qualifying race, I had good start, made a small gap but then I made a small mistake and crashed so it took a bit to get back in my rhythm but then was able to put in some good laps,‰Û 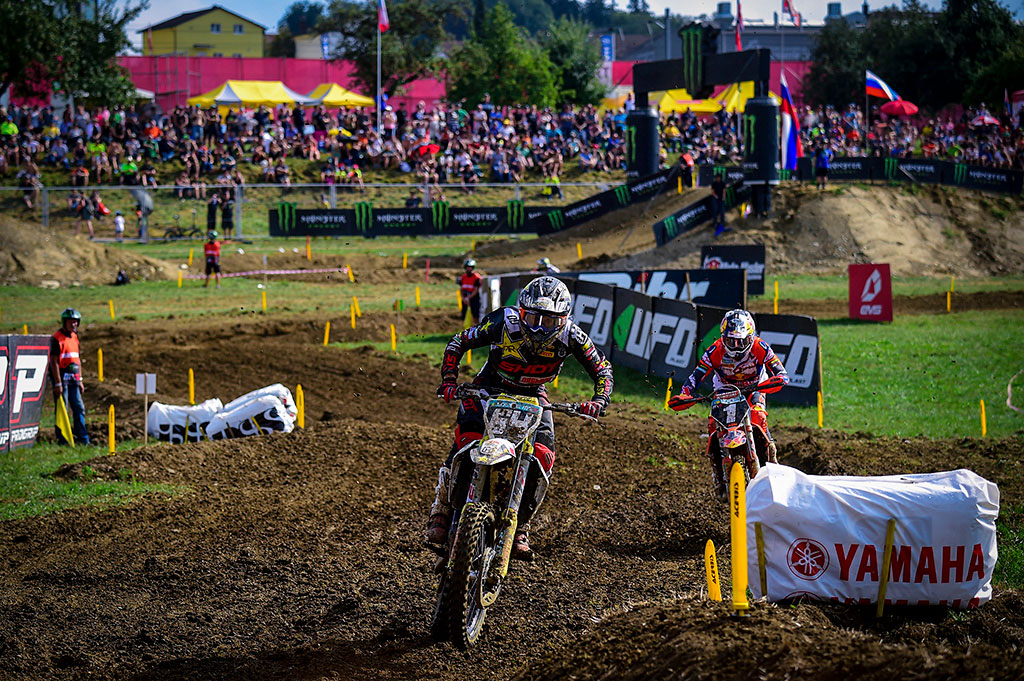