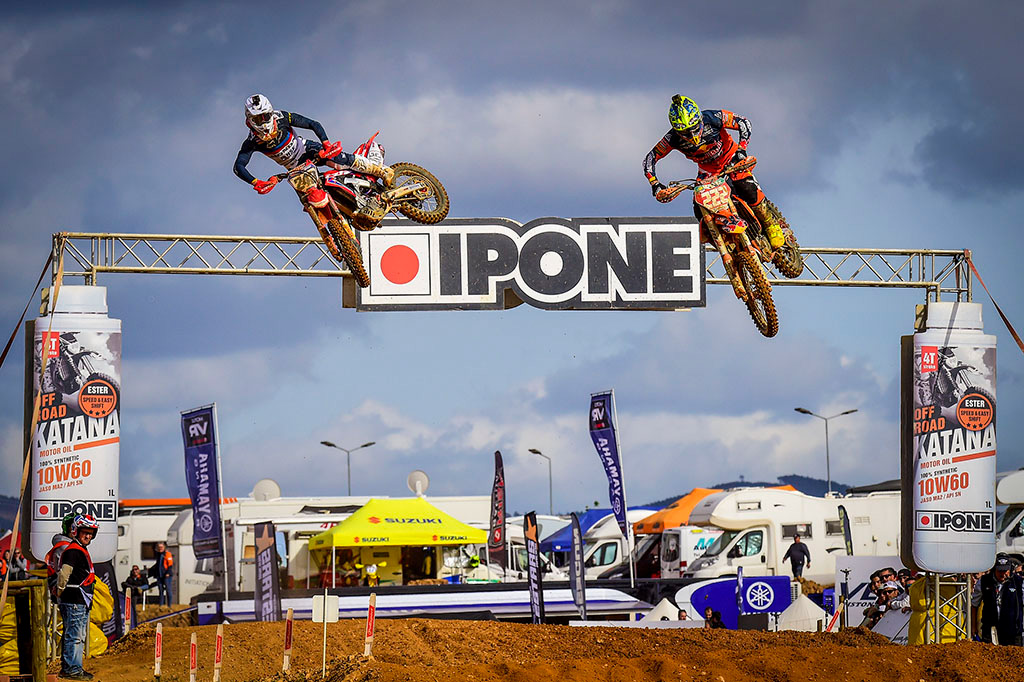 Cairoli and Gasjer went toe to toe with Cairoli gettin a narrow win in MXGP.
The MXGP of Portugal has already provided amazing action on track with Antonio Cairoli and Thomas Kjer Olsen taking their respective MXGP and MX2 pole positions.

The MXGP superstars were led by Team HRC‰Ûªs Tim Gajser on the sighting lap and onto the starting line of Qualifying after posting the fast lap time in practice. Gajser continued his leading role as MXGP Qualifying began with Italian Antonio Cairoli just a few bike lengths further back.

Cairoli‰Ûªs friend and fellow Italian Alessandro Lupino from was off to a flying start in third chased by Monster Energy Yamaha Factory MXGP‰Ûªs Romain Febvre and Monster Energy Wilvo Yamaha Official MXGP‰Ûªs Gautier Paulin along with another Italian, Ivo Monticelli.


Febvre was the first to make a mistake in what is his first race back since injury. The Frenchman fell dropping to 10th before completing the first full lap. Clement Desalle made a charge up the inside of Monticelli to take 5th. Desalle‰Ûªs teammate, Julien Lieber reenacted the pass on Monticelli shortly after putting the pair of green machines 5th and 6th.

Monticelli lost traction and fell the same lap putting him in 19th and he continued to lose positions as the race went on. On lap 7 Desalle made a pass on Paulin for 4th and one lap later Cairoli shot past Gajser to take the lead. A quick attempt to retaliate from Gajser failed, while he instead latched on to the pace of Cairoli he was unable to get close enough for pass attempt. 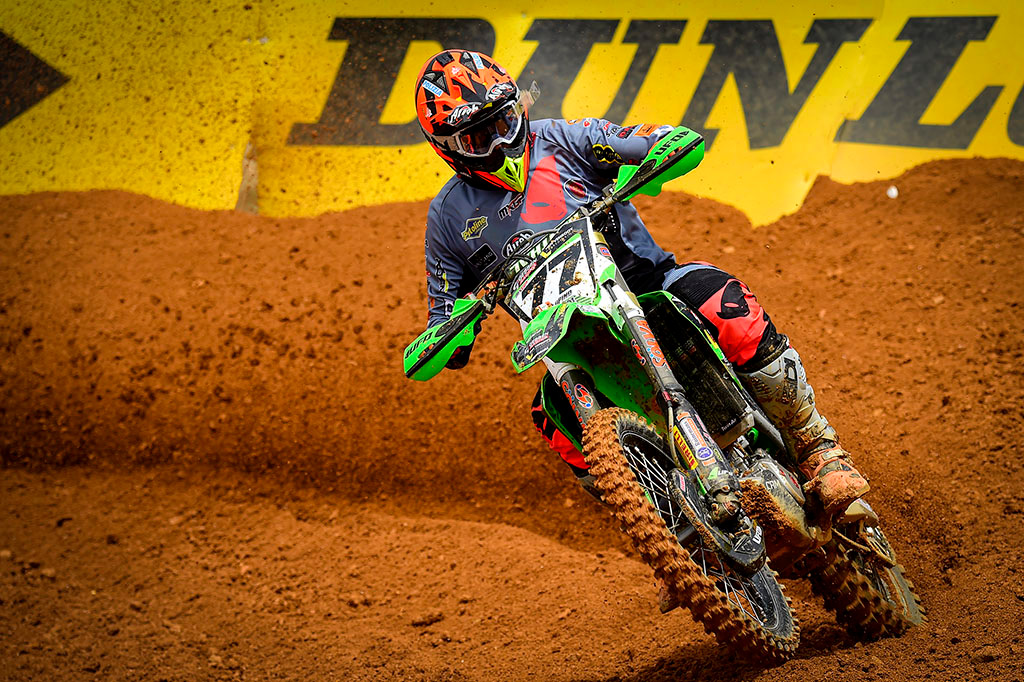 Jasikonis suffered from a bad start and the addition of a crash on lap one made his race even more difficult finishing 18th. Bogers came into the weekend following his career best race result of 2nd in Mantova before after his 25th today is left hoping for improvement tomorrow. Anstie on the other hand was up into 7th position before a crash left him beat up and unable to continue. 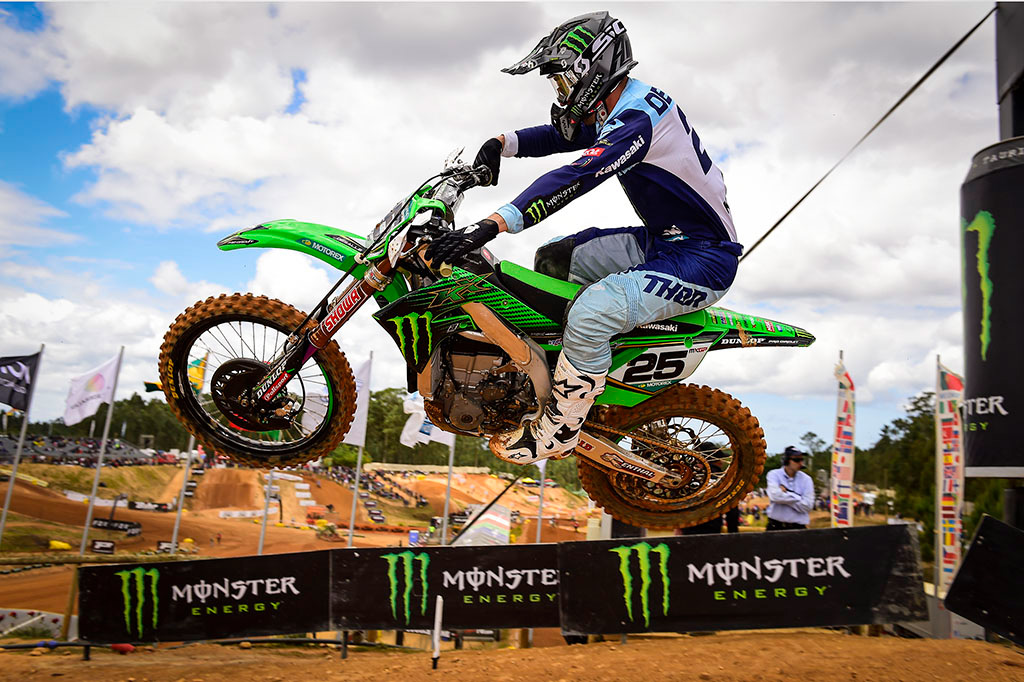 Clement Desalle
"It was a good qualifying race, I like this track a lot, I have had a lot of good races here," Cairoli said. "The jump out of the gate wasn't the best, I saw there was places I was losing time to Tim but I was able to adjust and make the pass to win the qualifying race which is good for tomorrow, hopefully I can get a good jump on the start and be on the inside again." 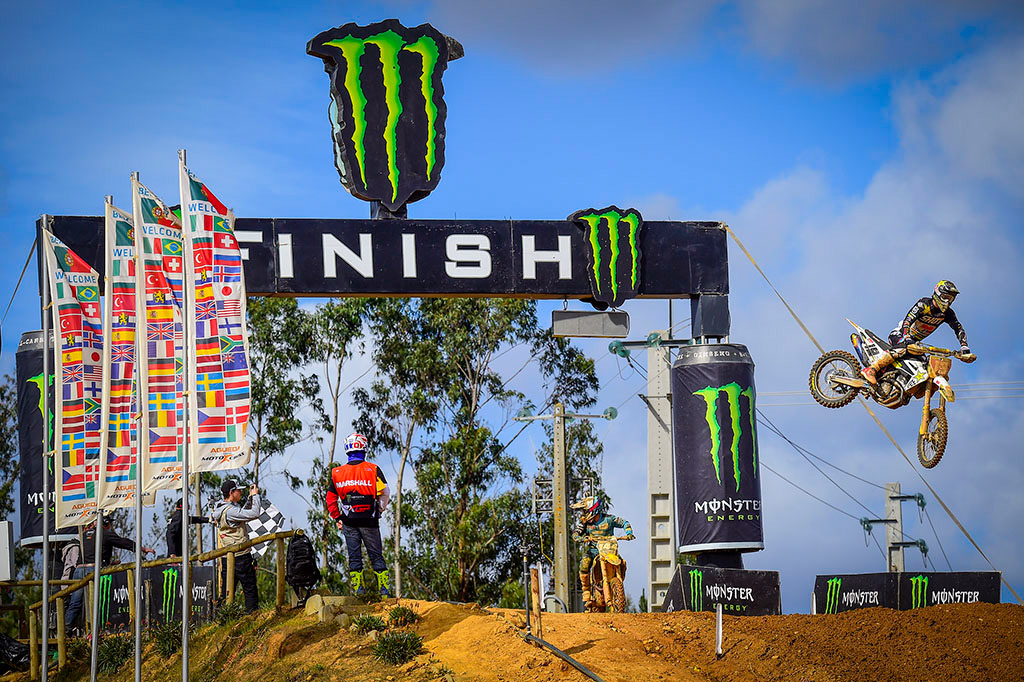 Red plate holder Thomas Kjer Olsen was fastest in MX2.
While the MXGP Qualifying hosted insane battles throughout the MX2 action was even more intense! At the start of the race Jorge Prado had the lead ahead of Henry Jacobi and Tom Vialle. Meanwhile Monster Energy Kemea Yamaha Official MX2‰Ûªs Ben Watson was buried at the back of the field after crashing in the first turn.

Jacobi went for the lead straight away but Prado fought back to hold the position all while the red plated rider Thomas Kjer Olsen watched from 3rd position. A slight mistake later in the first lap gave Jacobi just the space needed to take over the lead.

Back at the front the intensity was high with Prado taking the lead from Jacobi alongside Pit Lane, but the German didn‰Ûªt let Prado slip away, instead he retook the premier position 4 turns later. Making the most impressive move of the race was Olsen who shot the gap between the pair in a corner for the lead. Olsen‰Ûªs 2 for 1 caught both Jacobi and Prado off guard but their rivalry was yet to be finished. 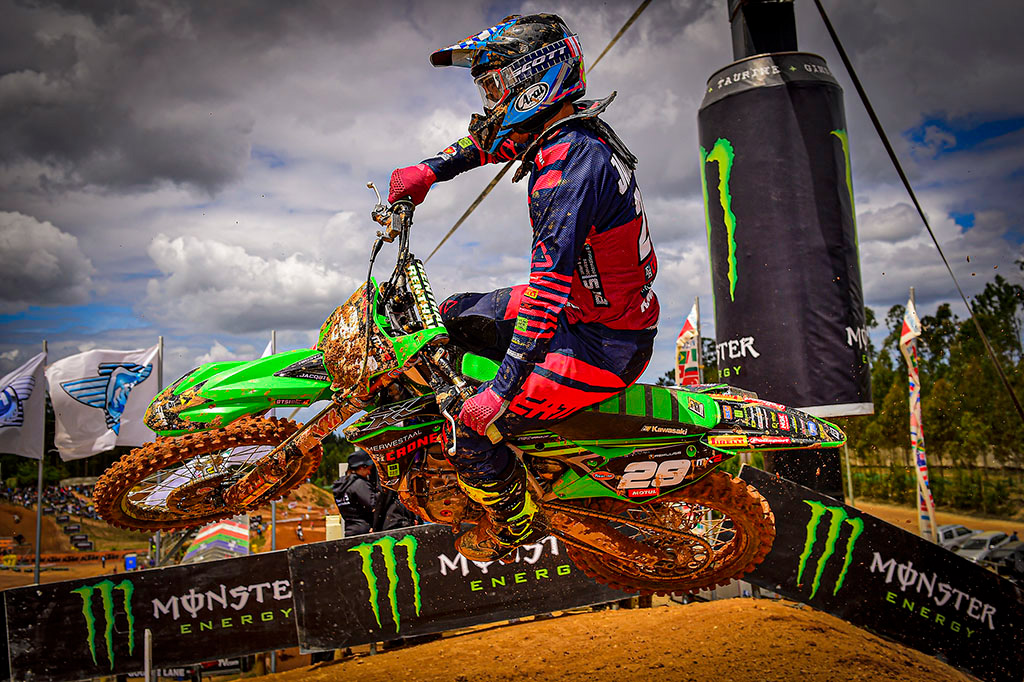 Second fastest in MX2 was Henry Jacobi.
During the final lap Prado tried to push the issue on Jacobi multiple times, in the first attempt Jacobi shut the door but on the second Prado made the pass however quick reactions from the #29 saw him cut down and fly back into 2nd. At the finish it was Olsen‰Ûªs race craft winning out by 3.4 seconds ahead of Jacobi and another 9 tenths of a second ahead of Prado. Evans took 4th as Honda Redmoto Assomotor‰Ûªs Mathys Boisrame made a last lap pass to get 5th over Van de Moosdijk.

‰ÛÏI got a 3rd place start and I was right behind them...I saw they were both battling pretty hard and I wanted to stay right on them in case I got an opportunity like I did," Thomas Kjer Olsen said. "It was amazing to pass both of them in the same corner and get out front then ride my own lines. It is nice to win another qualifying race, it sets me up perfect on the gate for tomorrow."

‰ÛÏThe new team is very different but I am really enjoying it and the bike is really awesome," Beaton said. "Last weekend there was a lot of positives to take away but unfortunately I had that crash. It was a pretty big crash and I am still a bit stiff from that one but all in all it is slowly coming together, the track here is good this weekend so hopefully I just take 2 good starts tomorrow and get a good result." 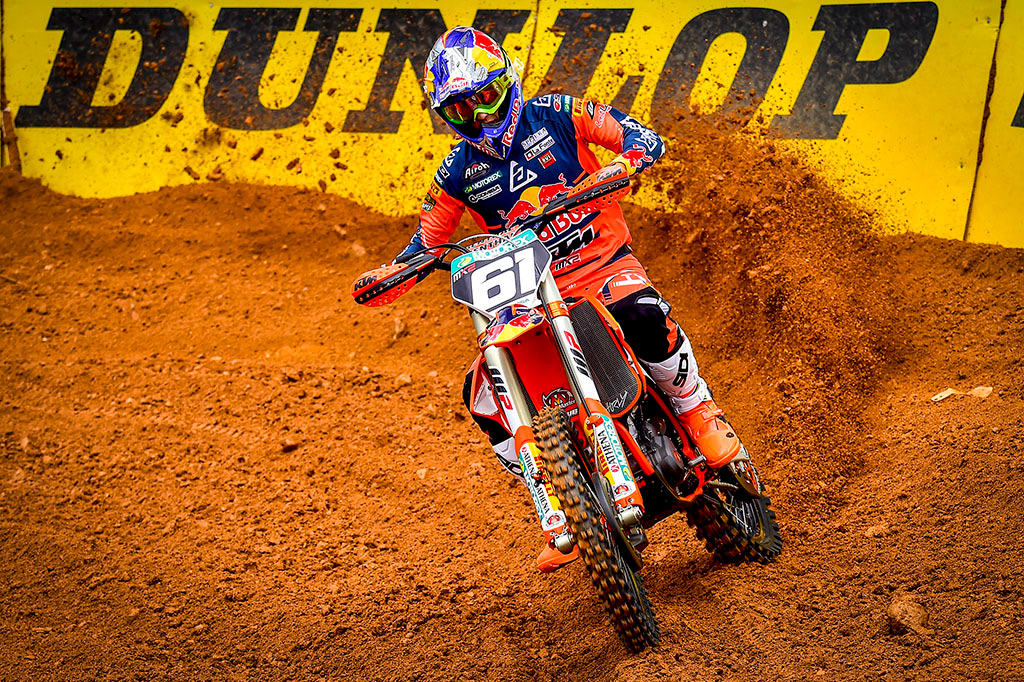