Cairoli and Olsen on pole at MXGP of Lombardia, Mitch Evans third 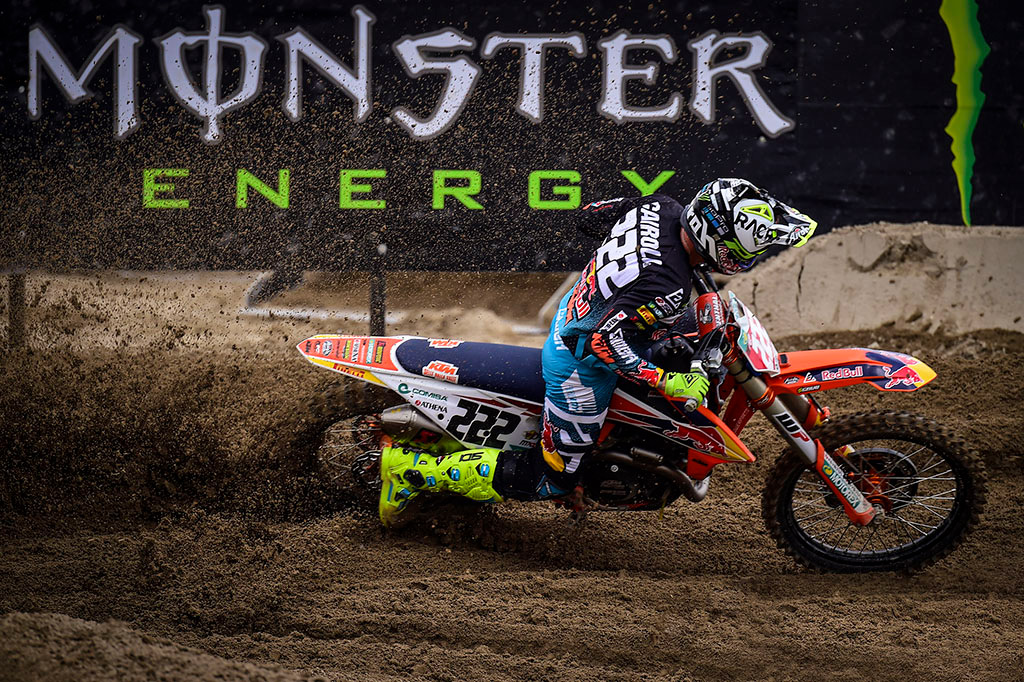 As the evening rain rolls into Mantova Antonio Cairoli and Thomas Kjer Olsen rest easy know the head into tomorrow‰Ûªs pair of respective MXGP and MX2 championship races as the top qualifiers.

MXGP points leader Cairoli kicked off his weekend with a perfect qualifying performance taking the lead from the first turn then checking out from the rest of the field before finishing with a gap 15 seconds over second place.

While Cairoli took the lead off the start it was the MXGP rookie Pauls Jonass who slotted into second. The freight train behind Jonass immediately included Clement Desalle, Monster Energy Yamaha Factory MXGP‰Ûªs Jeremy Seewer, and Team HRC‰Ûªs Tim Gajser.


Monster Energy Wilvo Yamaha Official MXGP‰Ûªs Gautier Paulin was in 6th while just behind Ivo Monticelli and Alessandro Lupino clipped each other sending Lupino down.

Seewer dropped from 4th back to 13th as the race kicked off while Gajser passed Desalle and moved into third. Two laps later a mistake and missed jump from Jonass allowed Gajser to take 2nd while Paulin passed both Desalle and Jonass for 3rd. Ivo Monticelli was the next to make moves as he got past Desalle and Jonass the next lap. 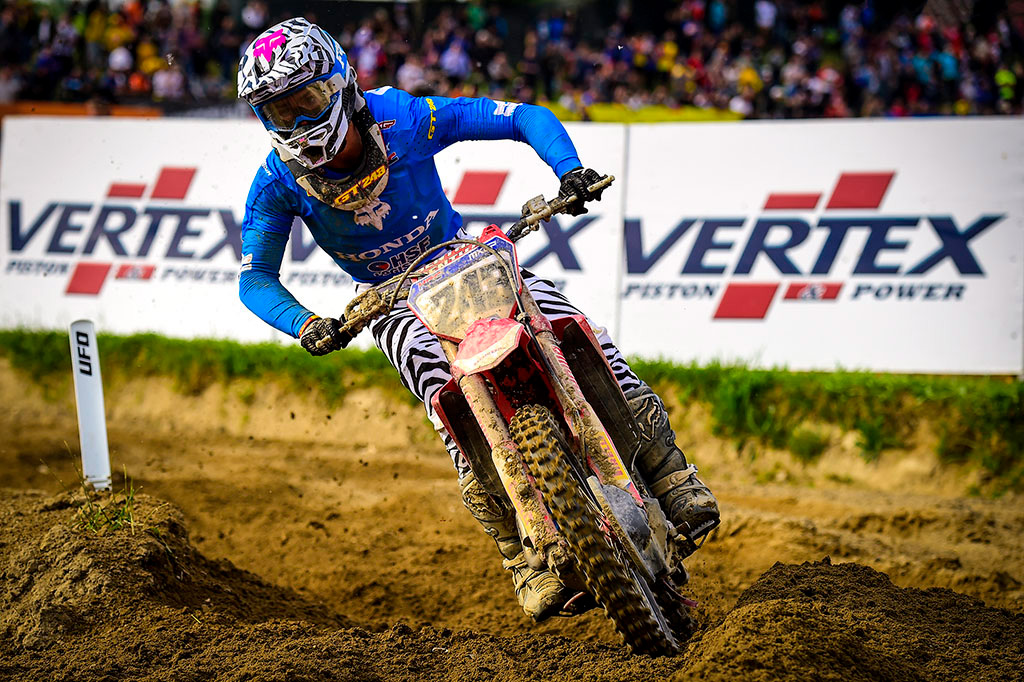 Second fastest qualifier in MXGP Tim Gajser was happy to be racing after the long break. Photo: Youthstream
Arminas Jasikonis was on a mission and came from 7th position passing Desalle, Jonass, and Monticelli for 4th. As time and the laps ticked away Gajser was unable to recover from the gap Cairoli created early while Paulin rode strong to hold off the final charges of Jasikonis. The top five was rounded out by Tanel Leok.

‰ÛÏFirst of all it is nice to be back in Italy, it is a very difficult race for me because there are many things to do, even in the week before but I also really like it because of all the fans it is nice to hear them cheering. We had a good start today and luckily we could stay out front to take home the qualification race win," Cairoli said. 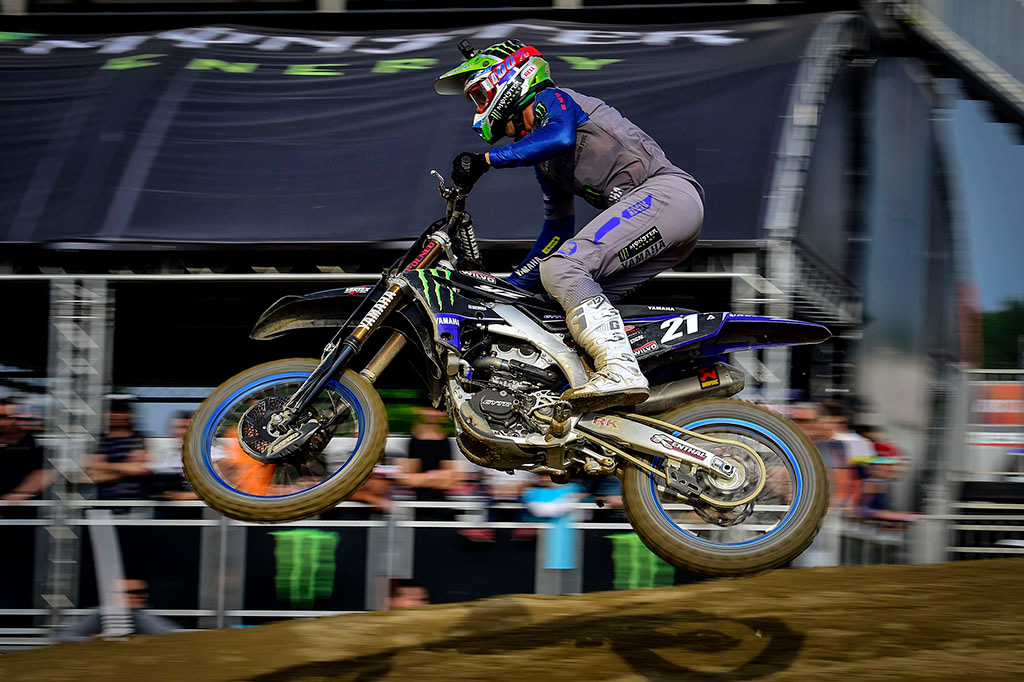 Gautier Paulin rounded out the MXGP podium. Photo: Youthstream
Runner up Tim Gajser was happy to be racing after the long break,‰ÛÏI am feeling good to be back racing after the break," Gajser said. "Today went good, I was feeling good on the bike, and on the track. I didn‰Ûªt have the best start so I had to pass a couple of riders, when I got behind Tony he already had a good lead so I just stayed there and tried to find some nice lines for tomorrow.‰Û 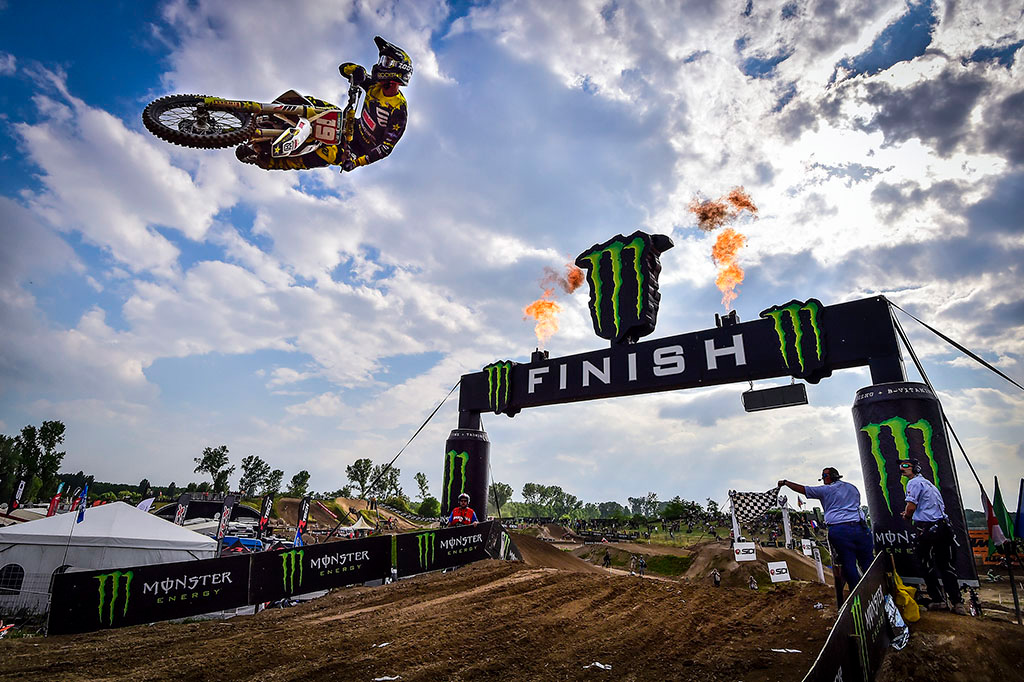 MX2 fastest qualifier Thomas Kjer Olsen. Photo: Youthstream
MX2 Qualifying race was one of the most interesting of its kind this season so far with Adam Sterry and Henry Jacobi starting in first and second.

Meanwhile the usual strong start of Jorge Prado was missing as he came out of the first few turns outside of the top ten. Tom Vialle was in 3rd out of turn 2 but by the time the first lap had been recorded he‰Ûªd dropped 2 positions to 5th.

With Sterry leading Jacobi 2nd and Prado 8th Thomas Kjer Olsen found himself in 4th behind Team 114 Motorsports‰Ûª Mitch Evans. Meanwhile Henry Jacobi took the lead from his teammate only to fall and drop to 14th immediately after.

The fall from Jacobi not only returned the lead to Sterry but also moved a handful of other riders forward a position including Olsen who then put his head down over the next 5 laps before passing Evans. 3 laps later, and just as Prado started to receive pressure from Honda Redmoto Assomotor‰Ûªs Mathys Boisrame, Tom Vialle caught an edge through the waves eject the young Frenchman over the bars and out of the race. 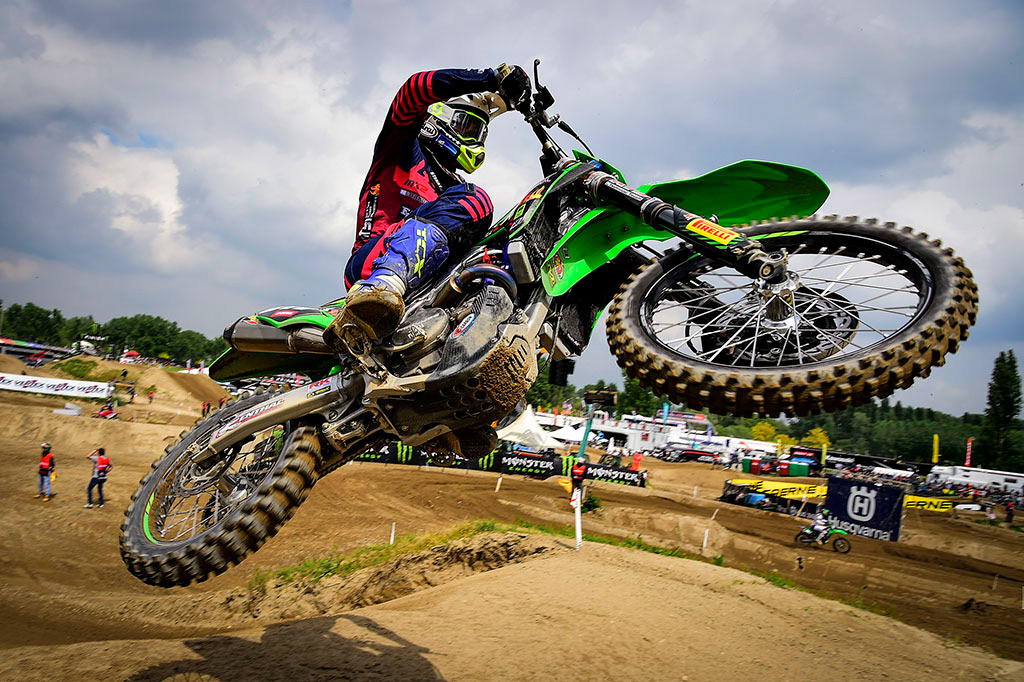 Adam Sterry. Photo: Youthstream
In the same lap as Vialle‰Ûªs crash Olsen took the lead from Sterry which then ended 2 laps later when he passed the checkered flag as the top qualifier. Sterry‰Ûªs impressive ride will give him 2nd gate pick tomorrow ahead of Evans, Prado, and Boisrame.

‰ÛÏIt was great to be out there again, I got off the start a little bit bad so I had some work to do but I just tried to work on my technique because the track was quite difficult," Kjser Olsen explained. "I worked my way up through the pack but I was just taking it kind of easy knowing it was qualifying, I saw Adam and knew I could do it so I thought why not go for it, I just felt good out there and felt in control. It was good to get the win.‰Û 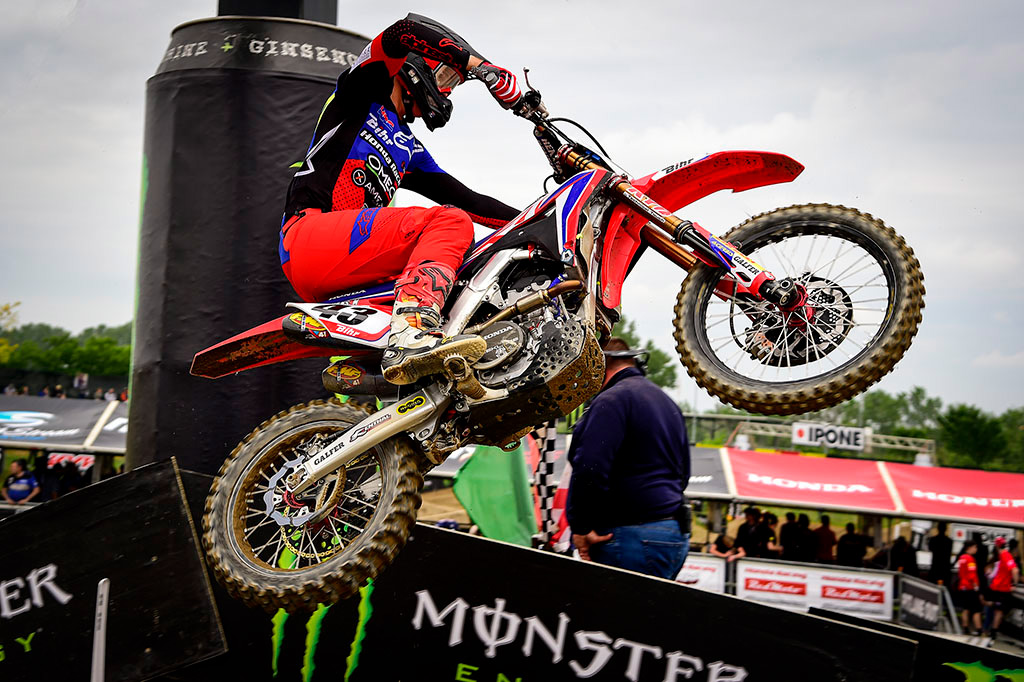