Cairoli and Herlings to miss the Grand Prix of Indonesia 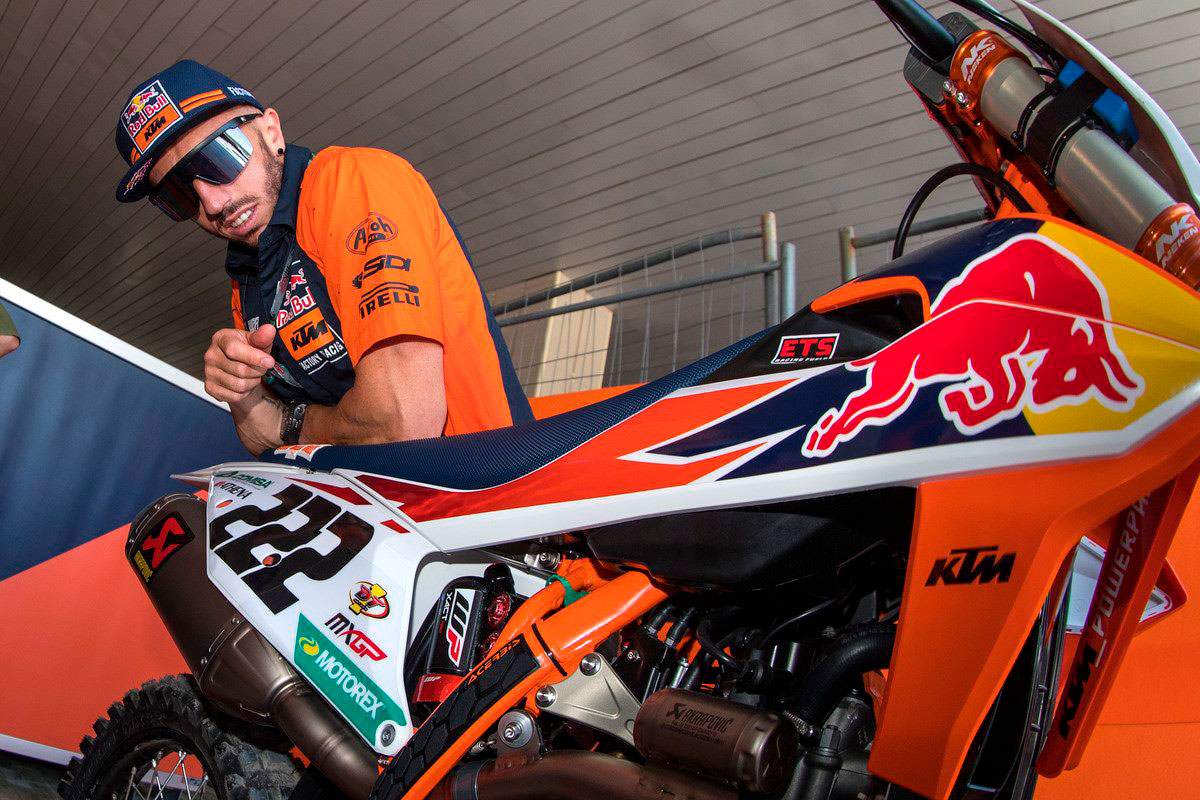 Tony Cairoli. Photo: Ray Archer
Red Bull KTM will rely on their strong MX2 contingent for rounds eleven and twelve of the 2019 FIM Motocross World Championship as both Tony Cairoli and Jeffrey Herlings recover from their injuries.

For the second Grand Prix in a row the world champions will miss representation in the MXGP premier class as both Tony Cairoli and Jeffrey Herlings are unfit to travel east for the Grand Prix of Indonesia this weekend at Palembang and the Grand Prix of Asia next week at Semarang.

MXGP World #1 Herlings is recovering from surgery on his lower right leg and is still not in a position to start riding. Cairoli tried some laps on his #222 machine yesterday (Tuesday) but the pain and discomfort in his right shoulder confirmed that the nine-times world champion is not yet in a condition to return to the MXGP gate.

Robert Jonas, VP of Offroad: ‰ÛÏThis was not the update we wanted to make but sadly Tony has not recovered enough from his dislocated shoulder to race again in MXGP at the moment and we knew Jeffrey would be needing more time after his bad luck in Latvia. Obviously it is a difficult situation for us and we are constantly assessing the recoveries of Tony and Jeffrey. Thankfully we still have excellent riders in two busy rounds of MXGP in Indonesia and we hope they stay safe and continue to enjoy a successful MX2 season so far.‰Û