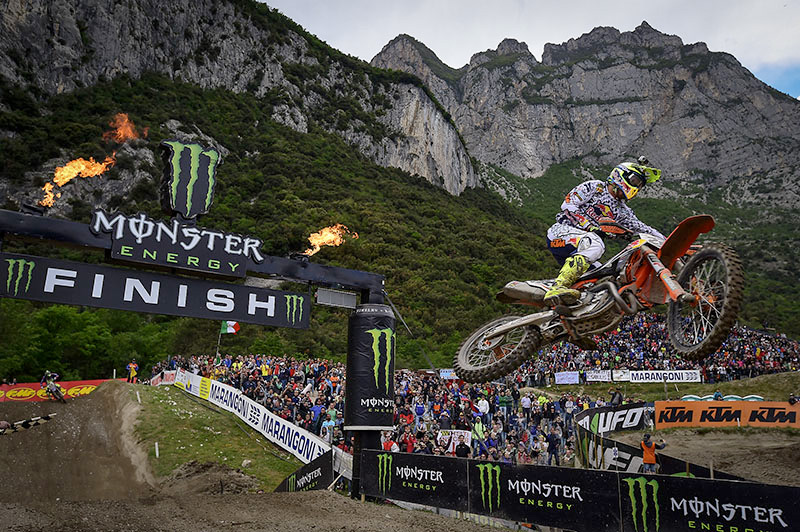 Thousands of screaming Slovenian‰Ûªs bound together on one hill, while the other hills were swarming with rowdy Italians and fans from other areas of the world for the eighth round of the FIM Motocross World Championship at the scenic venue of Pietramurata as Red Bull KTM Factory Racing‰Ûªs Antonio Cairoli topped the podium for the second time in a row.

Mix the huge and animated crowd with top-notch racing, great weather, and an amazing track, and you have the ingredients to make the tasty event that took place today where Red Bull KTM Factory Racing‰Ûªs Jeffrey Herlings was humbled by defeat in race one but bounced back in typical Jeffrey Herlings fashion in race two with a massive win for his fifty-fifth grand prix victory.

Eight rounds of hard-core motocross are in the bag and so far the first half of the season has provided no clues for the second half. We‰Ûªre not sure if you would have guessed, but Red Bull KTM Factory Racing‰Ûªs Antonio Cairoli is slowly starting to chip away at the point‰Ûªs lead of the young-guns Gajser and Febvre.

The legendary Italian won the MXGP of Germany last weekend and landed on top of the box again this weekend much to the delight of his screaming fans.

The speed of the MXGP class is an ever-rising constant, especially with the likes of Tim Gajser raising the bar, and the likes of Antonio Cairoli returning to form. These elements may be contributing to the mistakes Monster Energy Yamaha Factory Racing‰Ûªs Romain Febvre is making at the moment as he tries to defend his MXGP crown. Adding to the sight and spectacle of the MXGP championship, Febvre crashed on turn one in the first race and had to battle from last.

He crashed again on his mission to the front and only finished sixth. In race two, the Frenchman bounced back. He didn‰Ûªt get the greatest of starts but charged hard and capitalized on a mistake of the race leader, Cairoli, to win the final race of the day. Although he wishes the day could have been better, he said, ‰ÛÏI‰Ûªm happy to be on the podium in second place.‰Û 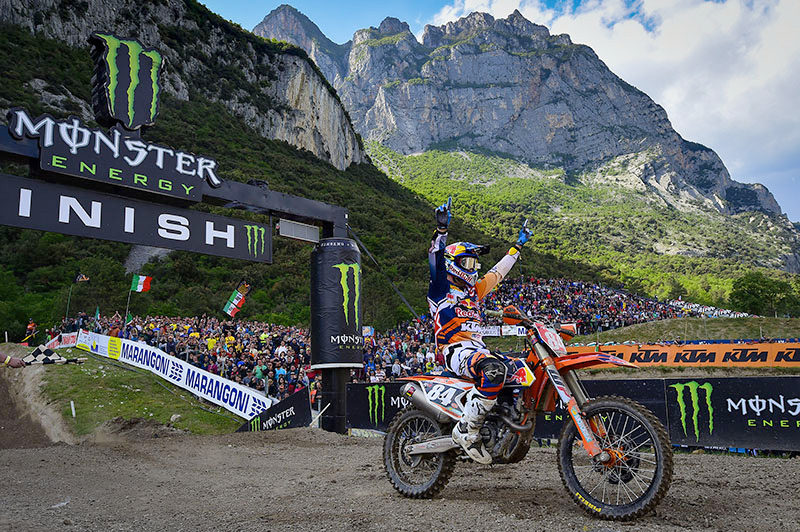 Jeffrey Herlings takes another round win
It‰Ûªs no secret that Red Bull KTM Factory Racing‰Ûªs Jeffrey Herlings gets a kick out of breaking records, so even though he won the grand prix today, his eighth consecutive, his hope of winning every single race this season came to a halt when Dylan Ferrandis came out swinging for the win in race one.