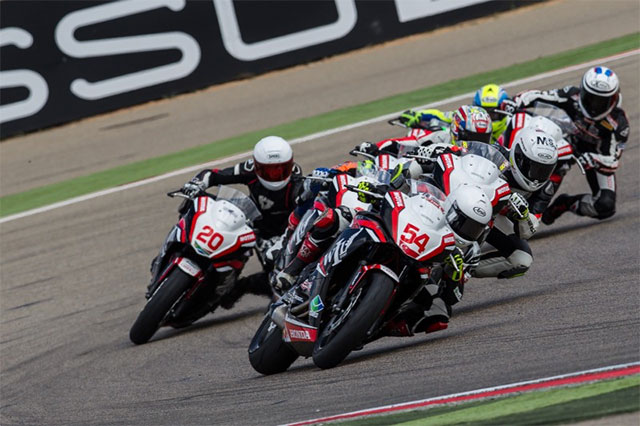 Harun Cabuk from Turkey has won the opening race of the 2016 WIL Sport European Junior cup, powered by Honda, which was contested today at the MotorLand AragÌ_n circuit in Spain.

The 19-year-old from Sakarya, whose team is backed by none other than four-time World Supersport champion Kenan Sofuoglu and by the Turkish motorcycling federation, got a perfect start from fourth place on the grid and was able to take the lead straight away.

As the race reached its halfway point, Cabuk, who is currently contesting his second season in the series, managed to finally break away from the chasing pack. He eventually crossed the line with a 1.7s margin over local rider Mika Perez (Granshagen Racing Team) from Spain, who won the four-way battle for second place ahead of Italy‰Ûªs Paolo Grassia (Chiodo Moto Racing) and Giuseppe De Gruttola (SK-Racing Team), with Estonia‰Ûªs Hannes Soomer rounding the top 5.

Reigning and defending champion Avalon Biddle from New Zealand (Avalon Biddle Racing) has come out on top in the Women‰Ûªs European Cup by crossing the line in 15th place.

The next round of the WIL Sport European Junior Cup will take place at the TT Circuit Assen (The Netherlands) on April 15-17.