Business As Usual For Championship Leader In Cardiff 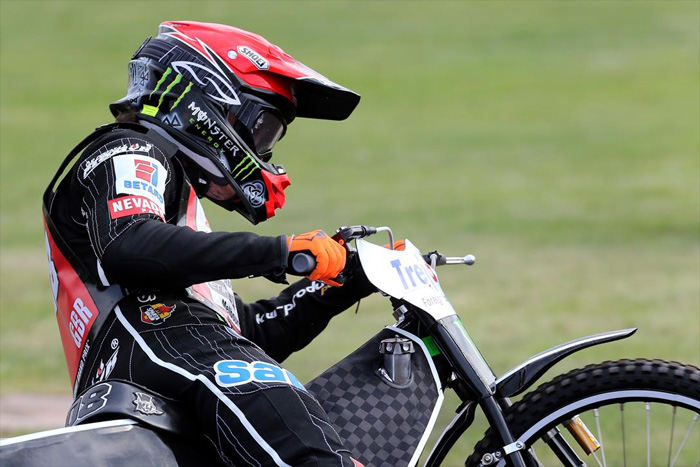 Great Britain‰Ûªs Tai Woffinden insists it will be business as usual as he bids to cement his spot at the FIM Speedway World Championship summit in the Adrian Flux British FIM Speedway Grand Prix at Cardiff‰Ûªs Millennium Stadium on Saturday.

The Scunthorpe-born star lines up alongside compatriots Chris Harris and wild card Craig Cook in the biggest event on the speedway calendar, where over 40,000 fans are expected to roar him on.

Woffy leads the World Championship standings on 40 points, with Danish icon Nicki Pedersen six behind on 34 in second.

The 24-year-old goes into the meeting in red-hot form after starring for his country in the Monster Energy FIM Speedway World Cup and retaining his British Championship at Wolverhampton last month. He has also racked up a sensational run of scores for Polish club Wroclaw and Swedish side Vetlanda.

Despite the bookmakers making him odds-on favourite to win his home event for the first time, Woffinden says he is treating the meeting just the same as any other.

‰ÛÏIt‰Ûªs another Grand Prix and another opportunity to score some points as far as I‰Ûªm concerned. I‰Ûªm just treating it the same as any other GP, although of course it will be different because it‰Ûªs the British round, my home round." Woffinden said.

‰ÛÏI‰Ûªm not putting any pressure on myself going into the meeting, I‰Ûªm just looking forward to it and I will give it my all.‰Û