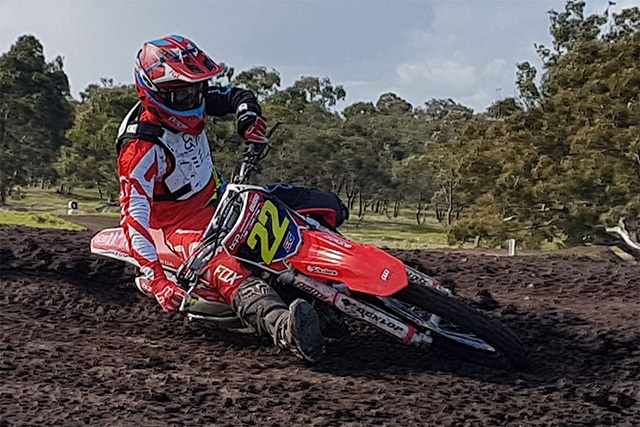 In what was an injury plagued three round series for BCP Pro Circuit Honda Junior Development Team rider Rhys Budd managed a credible fourth place against the best junior 250cc riders in the country.

Prior to the three round ‰Û÷Rookies‰Ûª series that ran in conjunction with the Appin, Horsham and Toowoomba rounds of the Motul MX Nationals the NSW youngster was tipped to be one of the favourites to take out the title however a broken wrist kept Budd off the bike until one week prior to round 1 at Appin, NSW where he came out swinging and earned himself second place on the podium.

Round Two at Horsham in Victoria once again saw Budd line up only a few weeks after surgery on his foot however he managed to slot himself up on the podium once again, until a last minute penalty was handed to both Budd and Regan Duffy for jumping under a yellow flag. The penalty dropped each rider back three positions dropping Budd back to fourth place on the day.

The final round of the series at Toowoomba saw Budd come down with a virus earlier in the week leading up to the event. The day started off with race one as the number twenty two Honda rider moved through the pack into third place but a crash near the end of lap one dropped him back to last place. A hard charge through to sixth place was impressive damage control but the virus would take its toll as the final race got underway.

With little left in the tank after race one Budd still gave 100% and went from third place out of turn one to take the lead half way through the lap. A couple of large mistakes sent Budd off the track and relegated back to fourth place in the early laps. Eventually Budd would drop back to seventh place in the moto. 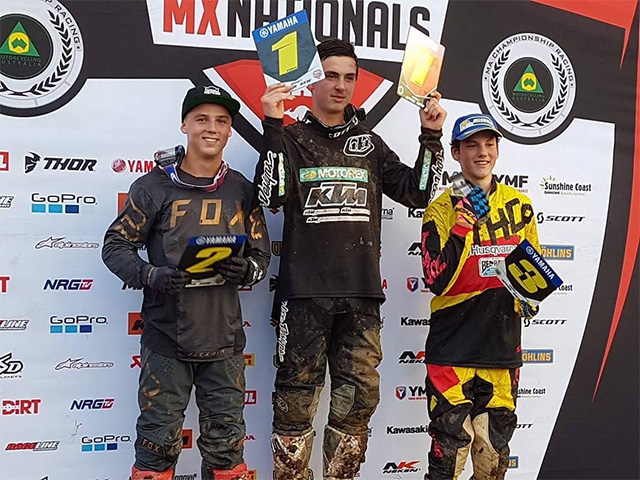 A second place at Round 1 in Appin, NSW earlier in the year was a highlight for Rhys Budd.