Budd and Wilson make gains at ProMX round two 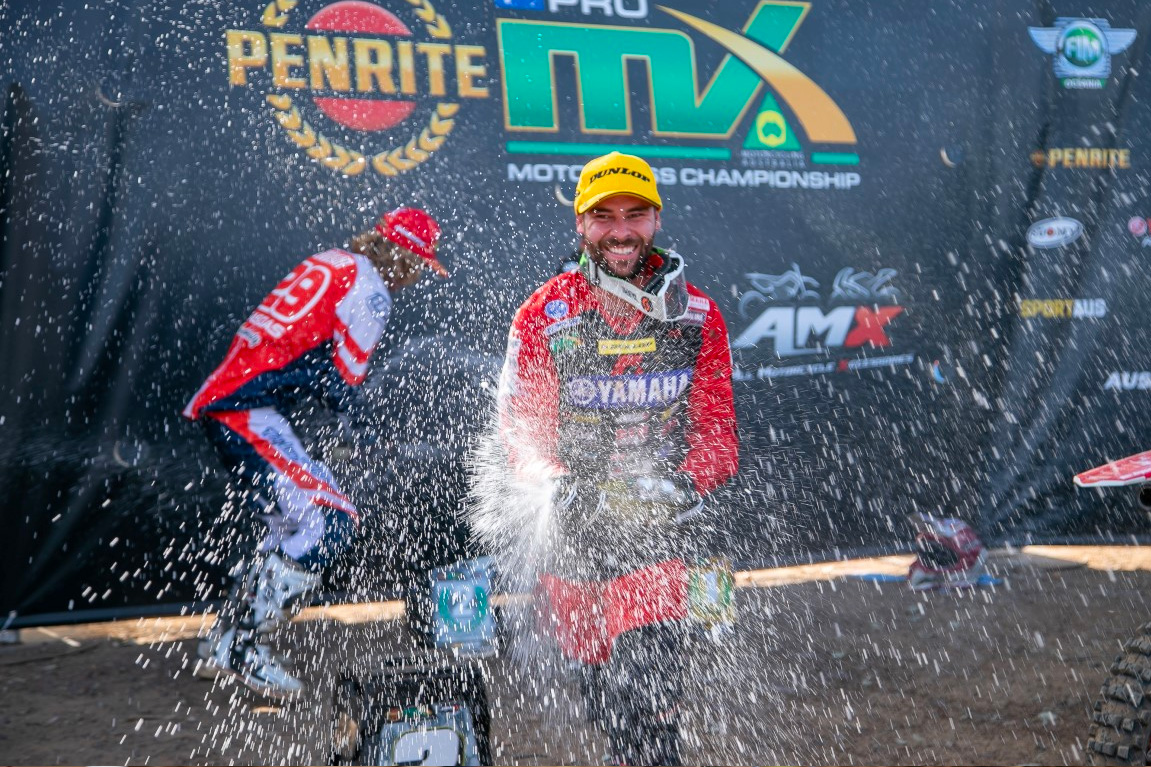 Jay Wilson enjoying the podium after finishing third overall.
The Yamalube Yamaha Racing Team can take plenty of positives from an encouraging performance by all three riders at round two of the Pro MX Championship at Fairburn Park, in Canberra.

After a challenging opening round at Wonthaggi, the team were determined to make some improvements and the riders showed plenty of heart at Canberra as the MX2 championship really gets down to business.

Rhys Budd has now moved to second in the championship after finishing fourth at Canberra in a day that was nothing short of eventful for the 19 year old speedster. He steered his YZ250F to P1 in qualifying with a scintillating lap that was over one second quicker than his rivals and gave him a good confidence boost heading into race one.

Budd was in a tight knit pack and just outside the top three and wanting to move forward when he came together with another rider. The incident saw both of them taste the dirt and scrambling to get back to their machines. Budd recovered quickly and despite losing several positions he was able to rally late in the race to cross the finish line in fifth.

Race two and Budd was again towards the front of the pack and working hard to get some clear air. He continued to push all the way to the finish to just miss a podium spot, taking fourth in the final moto. His 5-4 results gave him fourth for the round, but more importantly, saw him jump to second in the points.

‰ÛÏI‰Ûªm not going to lie, I desperately wanted, and my goal was, to win today, so I‰Ûªm a little disappointed that I wasn‰Ûªt able to do that,‰Û 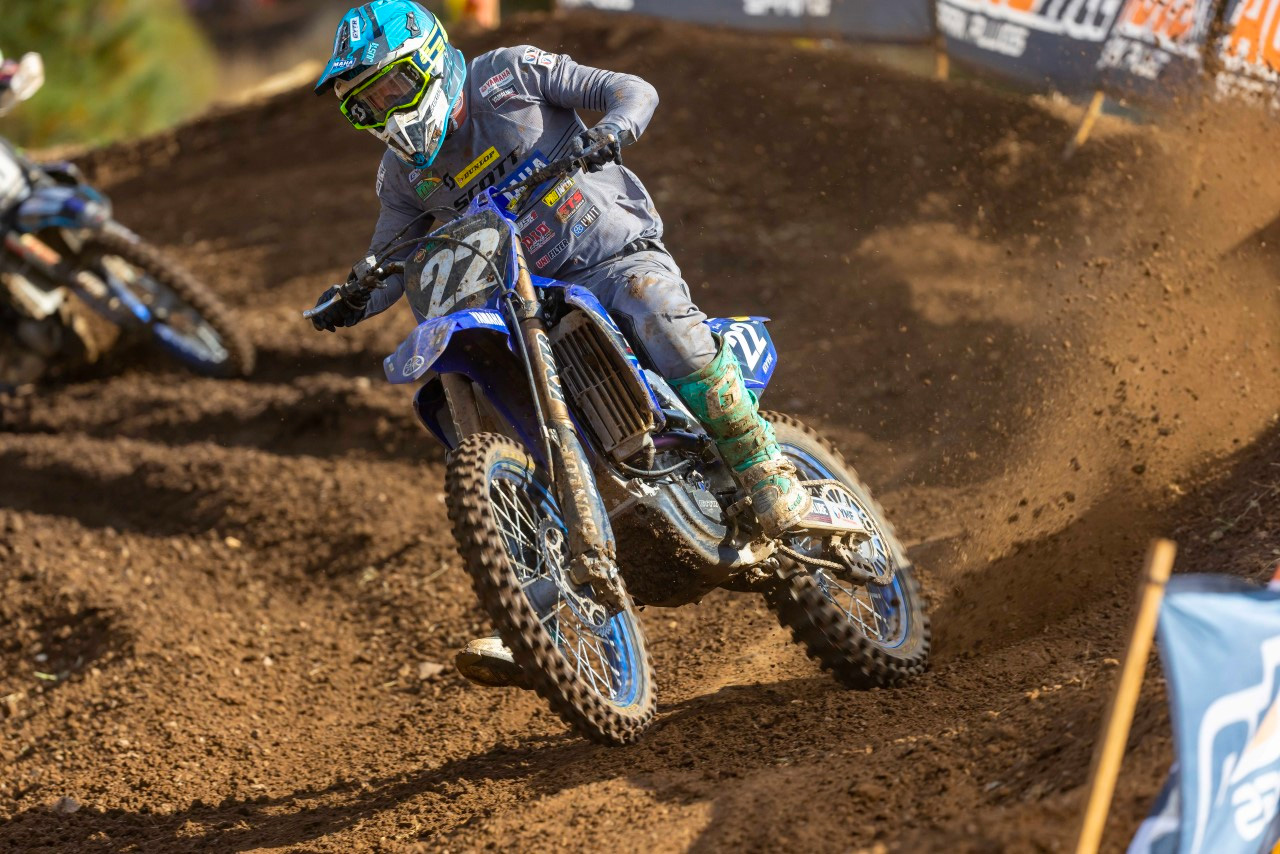 Rhys Budd has now moved to second in the championship after finishing fourth
It was a much improved performance from Jay Wilson in Canberra that saw him return to the podium in third place with 2-6 results. Wilson was able to make passes early in race one and move into second before the midway point and consolidate it all the way home.

The second moto saw Jay as high as fourth place but some late race errors saw him drop back to sixth, but still good enough to secure the final step on the podium and bounce him up to fourth place in the championship.

‰ÛÏToday was a step in the right direction for me but there is still a lot of work to be done. At least this weekend I was in the battle and competitive unlike Wonthaggi where I just stunk.

‰ÛÏThere is still more speed to come and some fitness at the end of the motos but things are heading in the right direction and with a four weeks until round three in Adelaide, hopefully I can make another step forward.

‰ÛÏThanks to the team for a big effort in the lead up to the round and I‰Ûªm looking forward to get more work under my belt before Adelaide and getting back to where I belong,‰Û 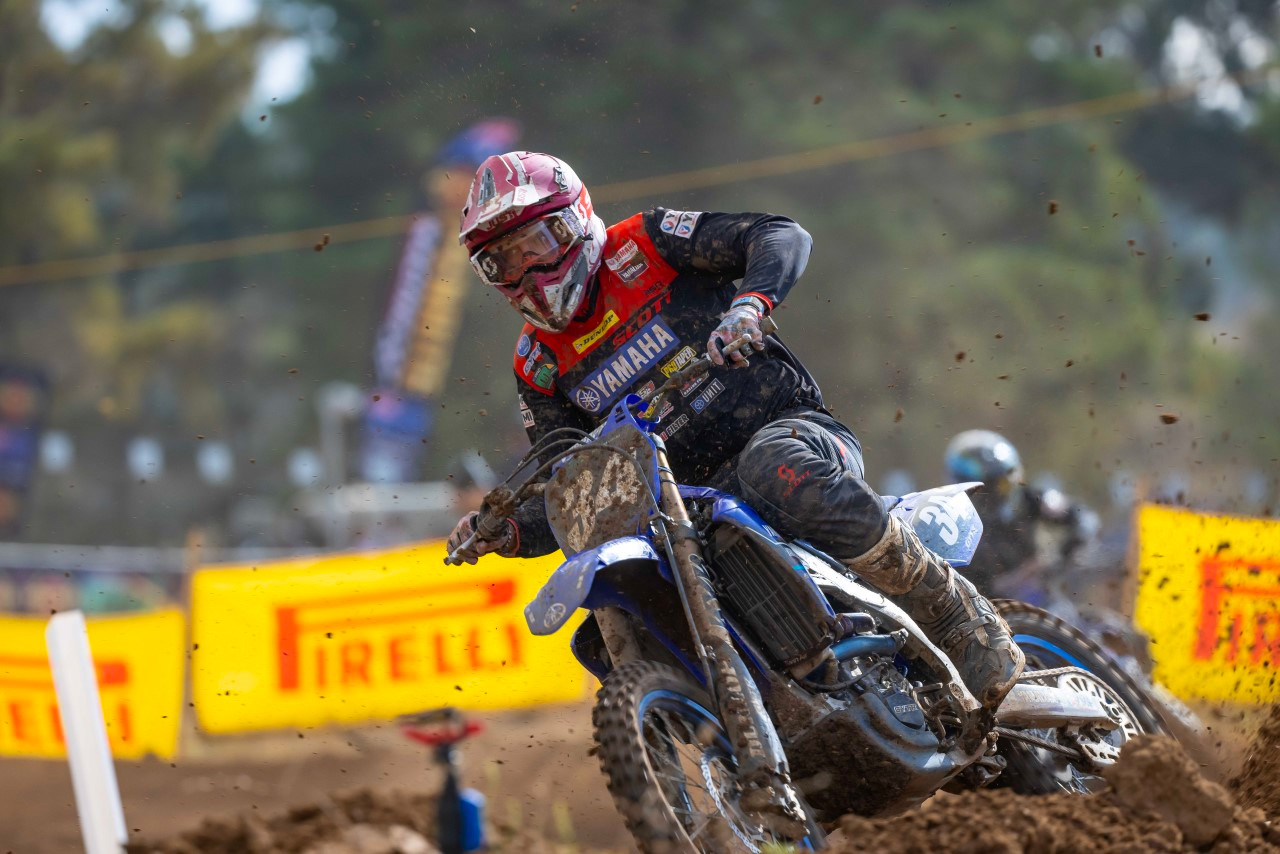