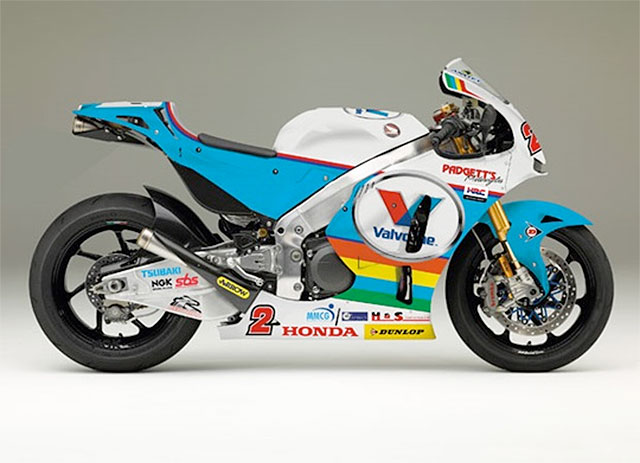 Bruce Anstey is set to race a Honda RC213V-S in this year‰Ûªs Superbike and Senior 2016 Isle of Man TT Races.

The Valvoline Racing by Padgett‰Ûªs Motorcycles team has confirmed that the New Zealand rider will have a race prepared version of the exotic V4 machine for the RST Superbike and PokerStars Senior TT races. Anstey has yet to test the machine but he will practice on it along with the superbike spec Fireblade that he rode to his first 6 lap Superbike race victory last year.

‰ÛÏIt has always been a dream of mine to ride a MotoGP bike at the TT and this is as close as I will ever get, Clive is the only person in the world who could put something like this together and if he says it is OK I am with him 100%. He hasn‰Ûªt just pulled it out of the crate and said we are racing it. Clive and the team have done a lot of work to the bike to make it ready for the TT,‰Û