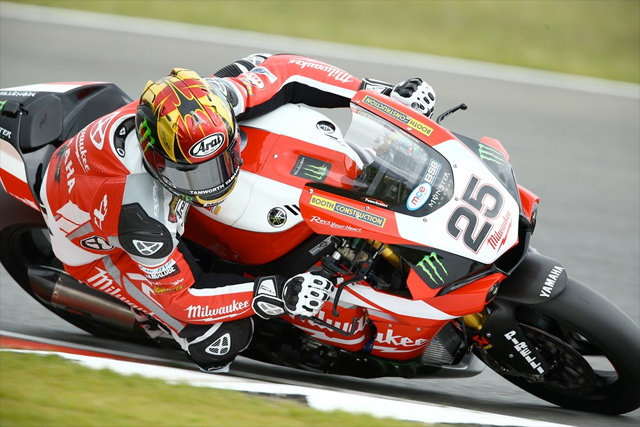 The Milwaukee Yamaha team return to Kent this weekend for the sixth round of the MCE Insurance British Superbike Championship and both Josh Brookes and Broc Parkes are eager to push for their best results of the season on the Brands Hatch Grand Prix circuit.

Brookes heads into the Brands Hatch weekend focused on building on his recent performances, scoring nine podium finishes from the opening ten races and eager to score the first win of the season for the Milwaukee Yamaha team.

He currently holds second in the overall standings and will be pushing to cement his position in the Showdown and close the points deficit to the championship lead.

"I am looking forward to Brands Hatch as I feel really positive about going there." Brookes commented. "I was optimistic before Knockhill, but I did have some reservations as I didn't know how it was going to be there as it is a different style of track to the others we have been to and I expected Knockhill to be one of the more difficult ones for us.

"I am definitely feeling more confident about Brands Hatch, even on the Indy circuit which is shorter and has corners like Druids the bike felt good so I think we have a better potential for this weekend.

"I looked at the points after Knockhill and the urgency to win has become more noticeable - we need to do whatever it is we need to in order to make a change that brings a better result. We know we have been making steps forward, but we need to keep pushing for more improvements.

"I checked in with the team last week and we have been looking at how we can improve and have been looking at a plan for Brands Hatch. For example making the bike wheelie less as this was one of the issues we had at Knockhill due to the nature of the track, and changing the weight distribution.

"I believe we can be stronger at Brands Hatch and we need to be fighting for the wins now, podiums are good for the championship but we definitely need more than that before the Showdown."

On the opposite side of the garage Parkes will be pushing to turn his season around at the circuit where he scored a hat trick of podium finishes in 2009. Parkes underwent surgery for arm pump following the Knockhill round and is now positive of moving forward this weekend.

"I like Brands Hatch - it has to be one of my favourite tracks on the calendar and since the last round at Knockhill I have been and had arm pump surgery so that should help me in the second half of the year." Parkes stated. "The operation went well in Barcelona and now I am focused on next weekend and doing the best job possible to try and get back up the standings.

"In 2009 I was on the podium just behind Leon Camier in the races on the GP circuit and I have also had some World Supersport wins there too so we need to be pushing forward again, because I know we can be competitive this weekend.