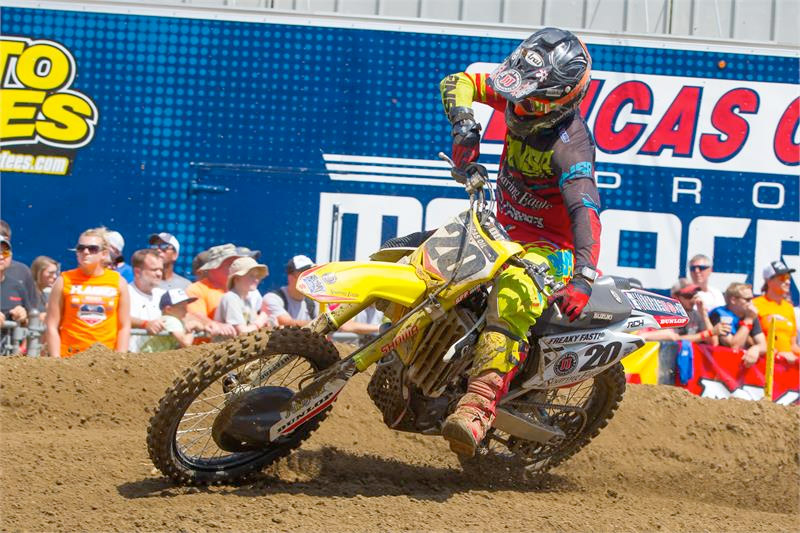 Tickle was collected in an incident of another rider‰Ûªs making as the two were racing for position, just past the halfway mark of last weekend‰Ûªs first 450 Class moto in Millville, Minn. As a result, neither rider was able to finish the first moto or return for the second. Tickle was examined on Tuesday and diagnosed with a fractured pelvis, forcing the veteran rider to sit out the last third of the outdoor season.

The former Cary, N.C., resident was off to his best premier class start since 2012 having notched nine straight top-10 moto finishes, including back-to-back overall podiums at Muddy Creek and RedBud. Between Rounds 5-6, Tickle gained a handsome seven spots in the championship where he sat just 10 points out of fourth prior to last weekend.

‰ÛÏIt was an unfortunate racing incident between me and Weston Peick,‰Û