Broc Tickle Aiming To Build on A1 Result in Phoenix 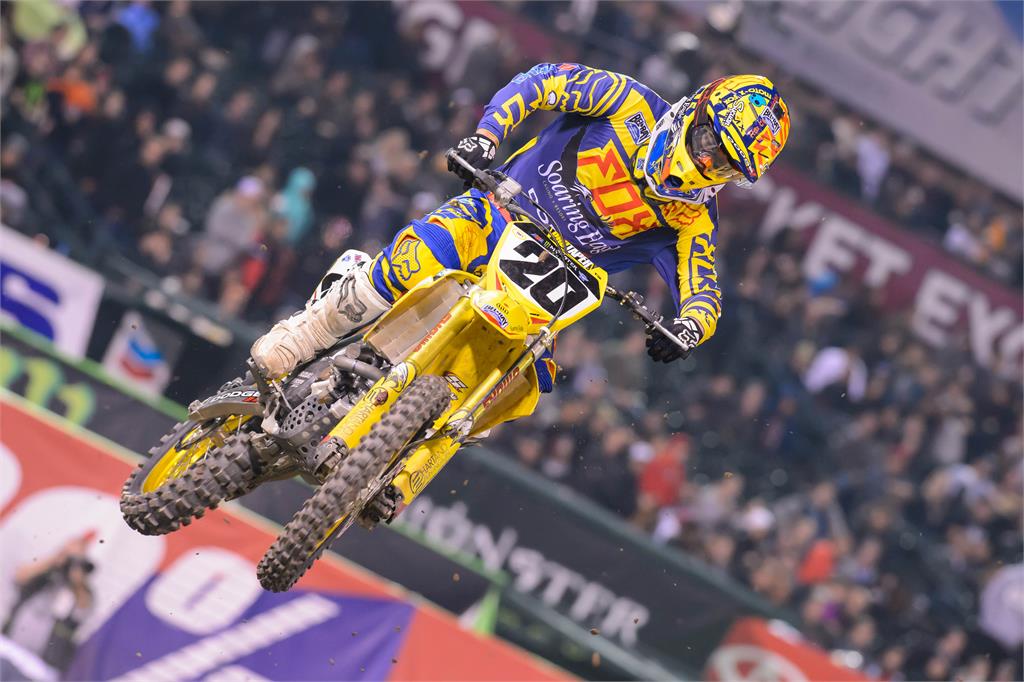 RCH Racing Soaring Eagle Suzuki rider Broc Tickle raced to eighth place in the opening round of the 2014 AMA/ FIM Supercross Championship at Angel Stadium in California at the weekend and aims for more at this weekend‰Ûªs second round in Phoenix.

Tickle and team-mate Josh Hill, qualified for the Main Event on their RM-Z450 Suzuki‰Ûªs in second and fourth places respectively; sporting new Fox Racing gear for the 2014 series, and scoring eighth and 18th respectively.

‰ÛÏThe race went good and all-in-all it was a good night. But I have more to prove to myself and the team." Tickle stated. " I got arm-pump mid-way through the race and instead of pushing too hard, I rode through it.

"I‰Ûªm looking forward to improving on my results in Phoenix," he added.

Hill did not have the night he was looking for pulling off the track half-way through due to a sore back and finished 18th.

‰ÛÏI‰Ûªm not too happy with the way everything went this weekend." Hill admitted regarding the supercross opener. "The team and I have worked way too hard in the off-season for these results.

"I tweaked my back a little four days before the race which threw a wrench into Saturday, but there are no excuses; I‰Ûªm going to keep my head down and work hard to get the results we deserve and I‰Ûªm looking forward to Phoenix now.‰Û