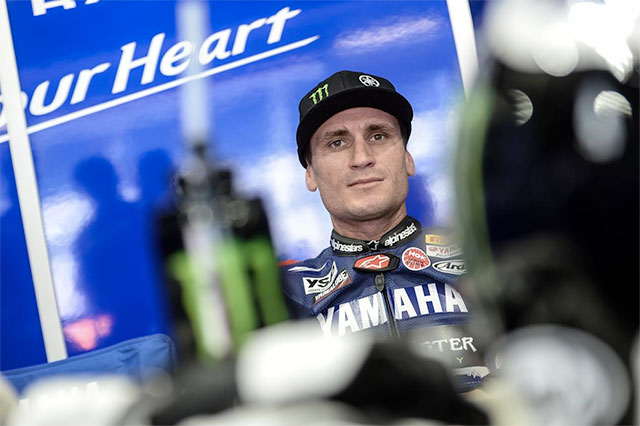 The concluding round of the 2016 FIM Endurance World Championship is set for just over a week's time as the 19th edition of German Speedweek's signature 8 Hours of Oschersleben event gets underway on 25-27 August.

YART Yamaha Official EWC Team's Broc Parkes is greatly looking forward to finishing his endurance season on a high, after an impressive showing at the Suzuka 8 Hours last month placed the team fourth overall and firmly in the hunt for the title.

However, the Australian has not been resting on his laurels, mixing EWC duties with a return to the British Superbike Championship - as part of Tommy Hill's ePayMe Yamaha Team - Parkes reflects on a busy month as he looks towards the challenge ahead.

"Suzuka definitely exceeded our expectations, we couldn't have done any better than the position we got in finishing fourth. The Pirelli's were good and we had great support from Yamaha, so I think overall the bike had improved quite a lot from the previous year," Parkes said.

"Physically, after breaking my rib at Snetterton in the BSB race in early July, I was quite sore but I didn't have any problems come race day and I felt pretty good even though I had to work really hard, completing more than half the distance of the whole race to ensure we got the result that we did.

"I only had a couple of days off to relax back home in Andorra before heading back to the UK for BSB so it's been quite full on but it was a great result in terms of the EWC Championship as the other teams didn't get a great haul of points, so we are in a strong position now and in the running for the title!

"I'm actually really excited about being back in the British Championship because last year was a bit of a struggle so I still feel like I have a point to prove and next year I would like to be racing in the UK full time! We had really good pace in practice and qualifying at Snetterton but unfortunately we were taken out in the race so we couldn't show it over race-distance.

"To come back for round seven at Brands Hatch, immediately go even better in the qualifying and put the Yamaha into Superpole and on the second row of the grid in fourth, and then get a top six in the first race shows that the speed is still there and I'm feeling really comfortable on the YZF-R1.

"Switching between endurance and BSB this year hasn't been too much of an issue as the bikes are very similar and my set-up is also similar across the two championships. The BSB machine is obviously lighter as we don't need to run as much fuel and we don't have same the electronics, wheelie control etc. but to be honest I don't feel too many differences when I get on and off the bikes so it doesn't take me too long to adapt.

"I have already learnt a lot from Suzuka, and the EWC Championship as a whole, that I have been able to bring across to the BSB team and I have almost two years' worth of knowledge of the new YZF-R1 now. Last year we didn't quite have the right understanding of the new bike, but now we have a much deeper knowledge and have been able to adapt even further from the extra endurance experiences to allow us to help advance the project, especially in terms of race distance.

"Focusing from one discipline to the other isn't too challenging either. Suzuka is actually more like a sprint race than the majority of endurance racing, as everyone is so fast out there - I had to get on the bike and ride at full gas from the start. It was actually more of a step back in BSB as I hadn't raced there since last year, so I had to get back into the grove quite quickly at Brands Hatch and try to be fast from the first laps. In the sprint races the start is always important, making sure you can get away with the front few guys, whereas in endurance you can normally relax a little more for the first few laps to find your rhythm.

"Looking ahead to Oschersleben, I think YART are in a great situation. It's endurance racing so anything can happen but I think our bike has improved and it's normally a good track for us and the team - being like a home circuit for them. We will also have a much stronger rider line up for the final race, with myself, Marvin Fritz and Bradley Smith coming in from MotoGP. I'm good friends with Bradley and I think it will be a really strong team, so we can all push together for the win and to try to secure the championship."

Parkes will join Fritz and Smith as the YART Yamaha Official EWC Team lines up for the finale of the 2016 FIM Endurance World Championship at Germany's Oschersleben Motopark on Saturday 27th August.