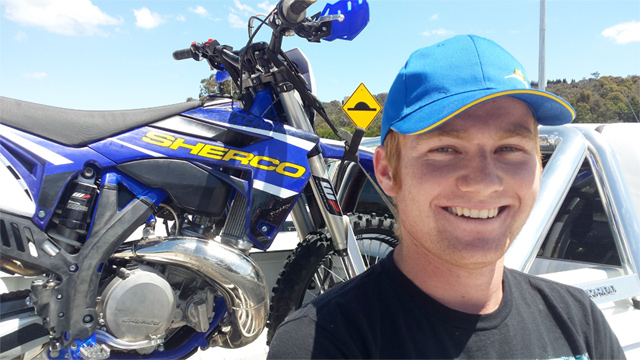 Grabham, who has enjoyed a stellar year of racing in 2014 is aiming at new heights when he takes on his first-ever extreme enduro event aboard a 2015-model Sherco 300SE-R.

Undaunted by inexperience, Grabham took the outright win at the Yellow Mountain cross country earlier this year in his very first outing at the event.

It‰Ûªs Broc‰Ûªs tenacity for racing and his good results that encouraged Sherco Motorcycles Australia to offer the Bathurst flyer their 300cc two-stroke for the upcoming Wildwood Rock Extreme.

‰ÛÏBroc is fast and he just loves to race. He has incredible skill and loads of potential as a racer so we‰Ûªre more than excited to get behind his racing,‰Û