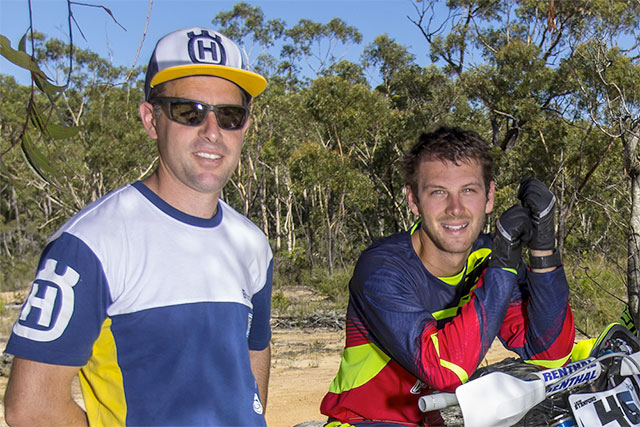 The familiar Grabham name will be added to the rider line-up, with Broc Grabham promoted from Husqvarna‰Ûªs support team ranks to its factory team, on the back of numerous barn-storming results at the back-end of the last AORC season.

The rising Bathurst charger showed he‰Ûªs got a whole lot more than a surname behind him when he finished on the podium in last year‰Ûªs AORC E2 Championship, and seventh outright ‰ÛÒ in a year where his goal was just to crack the top ten.

He‰Ûªll return this year aboard his favoured Husqvarna FE450 in the E2 category, alongside another familiar name, with Lachy Stanford taking over the lead rider position in his fourth year with the Husqvarna team.

‰ÛÏThere are no words to describe how excited I am to be in the factory team ‰ÛÒ growing up I‰Ûªve watched all my brothers do it at some point or another, so it‰Ûªs good to have done enough to get that sort of support," Grabham enthused.

"I started doing a bit more last year and the results in competition came. Top-three at Monkerai gave me a lot of confidence - running with all those guys who are paid to do it was awesome!

"The 450 is a great all-round bike, and I prefer it because it‰Ûªs not too big or too small ‰ÛÒ I can throw it around nicely.

"I‰Ûªm excited to work with Christian and the great group of guys we have; it‰Ûªs going to be very positive.

"The goal with every race is to go out there and win it, but I want to be in that top three all year. I know there will be a lot of quick guys, but I‰Ûªll do my best.‰Û