Brno to host MotoGP until 2020 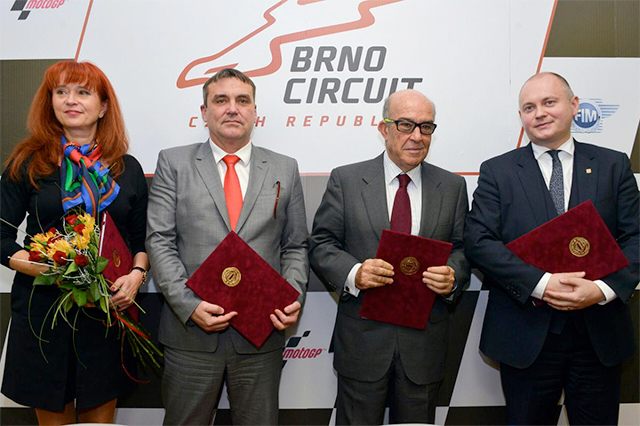 Dorna Sports and the Czech Grand Prix Association have agreed to a deal that will see the Czech GP remain at the Automotodrom Brno until 2020.

The deal with the Czech Grand Prix Association was signed on the 11th January 2016. Along with the preceding agreements and contracts, the newly signed agreement ensures that Grand Prix motorcycle racing will be held at the Brno Circuit until 2020.

Brno hosted its first GP back in 1965 and the 2016 Czech Grand Prix is scheduled for 21 August, forming the second half of a double-header with the Red Bull Ring in Austria, a new addition to the calendar for this year.

The Czech Grand Prix Association in Brno, which was established last year by the Statutory City of Brno and the South Moravian Region, will arrange the races.