Brilliant Sixth Superpole Win Of The Year For Sykes And KRT 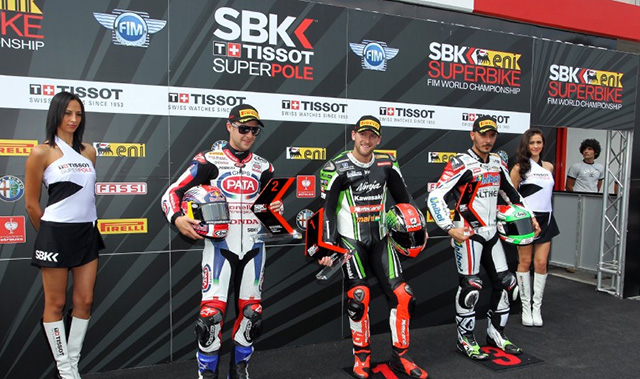 Sykes was unstoppable even after he was forced to try for the pole time not once but twice in Superpole 3, when his team-mate Loris Baz fell at high speed and his machine blocked the track. Sykes had his first class-leading lap time deleted as he crossed the finish line, just after the red flags had come out, and he had to do it all again with no spare qualifying tyre left in his allocation.

After a conference with his team, and advice from his crew to use a fresh race tyre and not a used Qualifier from an earlier Superpole session, Sykes fitted a race option and took to the track once more. He then went on to set the fastest ever lap of the Imola circuit, without even having the extra grip that a qualifying tyre provides. He is now the only rider who has gone under the 1‰Ûª46 second mark at this classic Italian venue.

‰ÛÏThat Superpole win was down to a good call by my crew chief Marcel who said, after the red flag incident, we should use a fresh race tyre rather than the used qualifier I had wanted to go out on again," the Brit explained.

"So my best lap was done on a race tyre and I wanted to try my best and put in a big push for the great fans here and I got it a bit sideways a few times. To be honest, for me it was not the pole position that meant that much. To me it was to get on the front row first of all and also because I was motivated because I had to finally use a race tyre. When I produced that kind of fast lap time I was excited. Doing that Superpole session on a race tyre has also given us good information for the races tomorrow. I am looking to put in strong results after my stupid mistake in Portimao and two strong finishes would put that memory to bed.‰Û 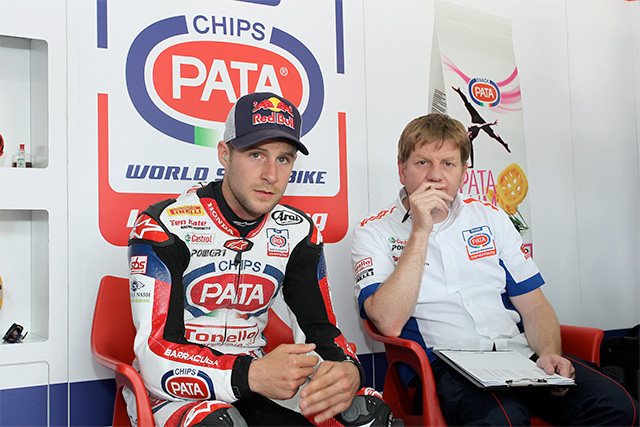 "I‰Ûªm delighted to be on the front row because that‰Ûªs always the target for the weekend, as I said yesterday," Rea said. "I was feeling really strong in second qualifying and free practice earlier, making good set-up changes with the bike. I‰Ûªm really enjoying riding the bike and I‰Ûªm happy with our set-up for two 21-lap races tomorrow. It‰Ûªs never easy but I feel more comfortable with the bike here and I think we‰Ûªve put ourselves in a position to be able to challenge at the front. I‰Ûªd be lying if I said I didn‰Ûªt want to win, but I think we‰Ûªve got a race package that will allow us to challenge for that so I‰Ûªll hope for good starts and two good races tomorrow."

In World Supersport Brit Sam Hornsey will head the front row ahead of Kenan Sofuoglu and Russian Vladimir Leonov.