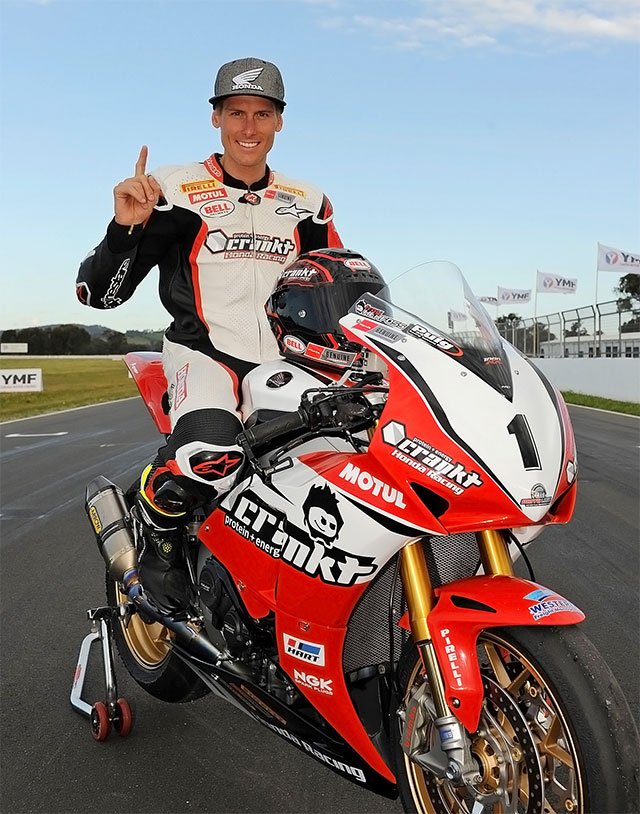 Both riders have already signed with the factory Honda superbike team and Jamie Stauffer is in discussion about remaining with the team heading into 2017. Having been part of the team since 2010, Stauffer has proven his professionalism and skill onboard the CBR1000RR time and time again. Team owner and Manager, Paul Free is eager to keep Stauffer in the fold.

Still celebrating his championship win, Troy Herfoss is looking forward to competing for back-to-back ASBK crowns next year and developing the 2017 CBR1000RR SP, saying, ‰ÛÏWe have had a fantastic season on the Crankt Protein Honda yet again. Winning the 2016 ASBK championship after taking out an Australian title in 2015 has been a dream come true. I couldn‰Ûªt be more thrilled to continue working with Paul, Shaun and the whole team and continuing our success in 2017. We have our final event of the year coming up at Phillip Island for the Australian MotoGP which is always a great event so hopefully we can finish the year with another few race wins.‰Û