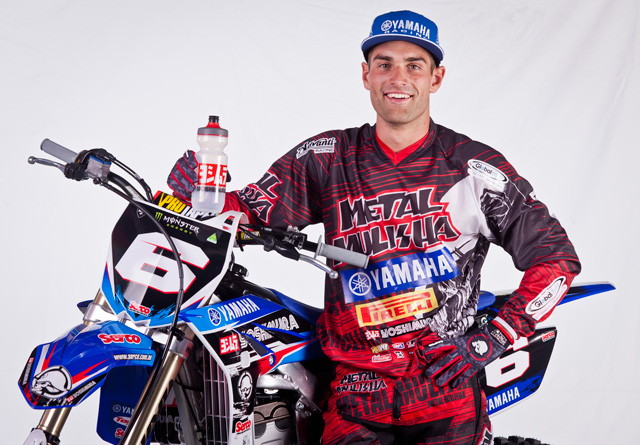 Serco Motorsport has partnered with Metal Mulisha and announced their rider line up for the 2012 Serco Yamaha Metal Mulisha Racing Team, with the team consisting of the two riders they finished with at the end of 2011 in Kirk Gibbs and Luke Styke.

Continuing its 10 year plus association with Yamaha as their official Pro Lites race team, the serco tearm will look to build on is success over the past two years where they finised second in the Pro Lites Championship with Kirk Gibbs in both the 2010 and 2011 seasons.

Gibbs returns to the Serco squad for his fourth consecutive year in a relationship that continues to grow. Gibbs came within 10 points of winning last years' series but some soul searching and a return to his South Australian base has him revitalized and has him ready to go.

"I have been second in the championship for the past two years so at the end of the year, I sat down and looked at what I did and how I can improve it. I felt if I kept doing the same things, I would get the same results, so I moved back to South Australia, changed up my training a bit and I'm now feeling as fit and as fresh as I ever have." explained Gibbs

"My motivation may have changed but the goal hasn't and I want to win the Pro Lites MX Nationals this year," Gibbs stated. 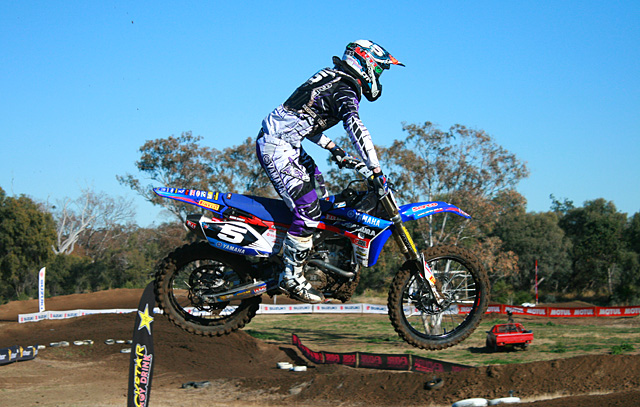 PhotoGibbs has finished second the past two years and will look to go one better in 2012 - Photo Credit: Aaryn Minerds
Luke Styke, the 2009 Under 19 National championship had a disappointing year in 2010 but fought his way back onto a factory team with gritty, determined rides in the 2011 championship then grabbed his opportunity when raced the Super X championship for Serco, taking an impressive third overall for the championship.

"The past 12 months has taught me a lot of things and the most important being that you can't rest on your laurels. You are only as good as your last race and if you don't put the work in during the week, then that result is never going to be as good as it should." said the 21 year old

"I got a nice reward for my work in Super X by finishing on the podium and that has given me a real boost heading into 2012. I know my bikes will be awesome and I will head to the start line prepared and ready to race. I can't wait," Styke concluded.

Team owner Gavin Eales feels he has a strong chance at success in 2012 and backs his riders and technical staff to get the job done this season.

"We were close to a championship last year but that's not good enough so during the off season myself and Michael Marty (Crew Chief) sat down and really tried to fine tune everything on the team. From the bikes, to the riders, the products we use and everyone's role within it. It was a full team review and I believe we are a better team because of it and I look forward to seeing the guys in action," Eales explained

"My background is racing so for me to be able to sponsor a team has always been a goal of mine! I am looking forward to tearing up the scene down under."