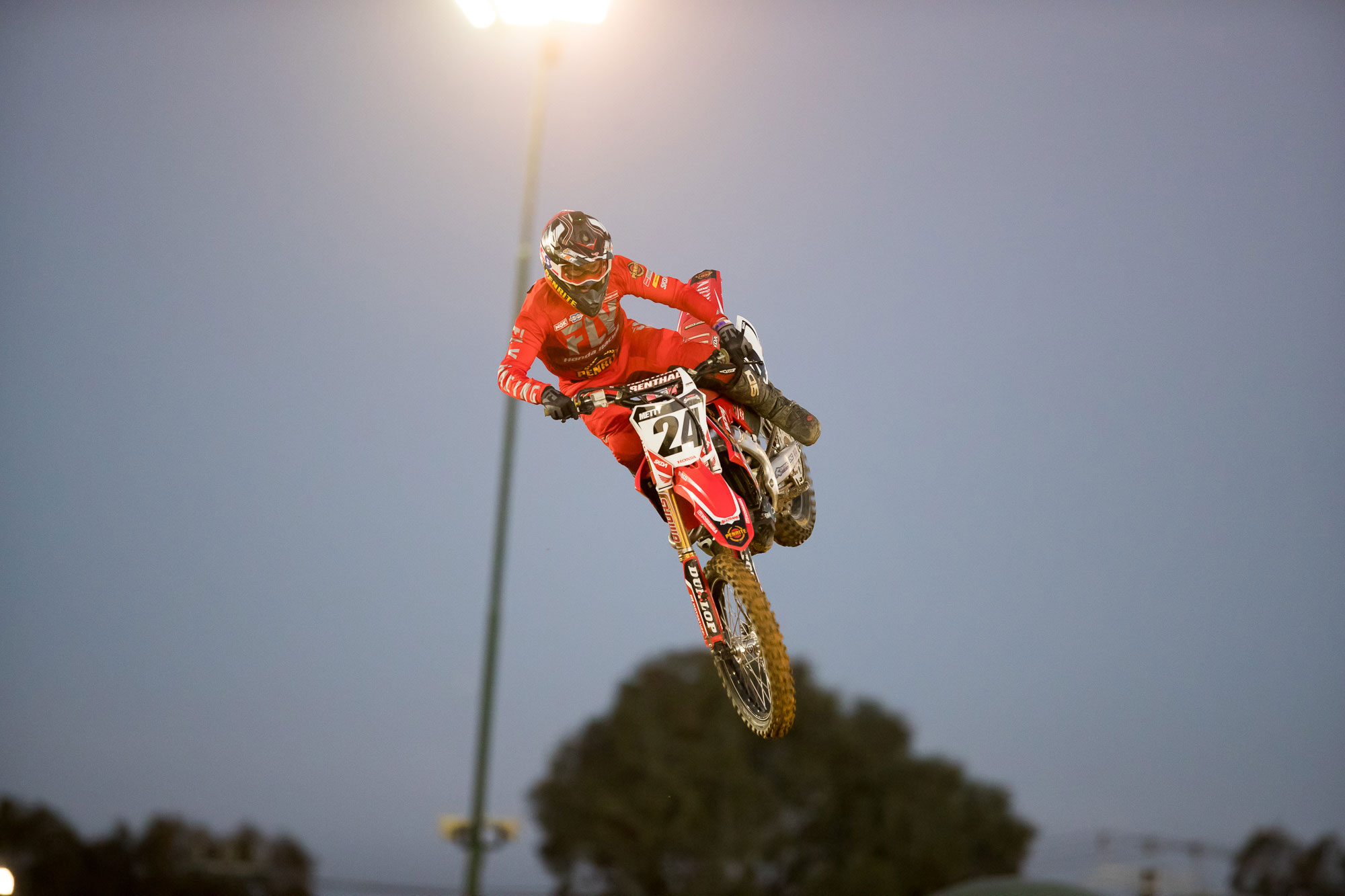 Honda Australia has confirmed they will continue its partnership with Brett Metcalfe into 2019 motocross and supercross seasons..

‰ÛÏThis year has been rewarding for many reasons, winning a round of supercross was important for me and the team. I am building a trusting home at Penrite Honda, my family is settling in at home in Mannum and I am back in the motherland after 18 years oversees. The bonus was finishing 2nd in the Australian Supercross Championship with a new team and on a new bike,‰Û 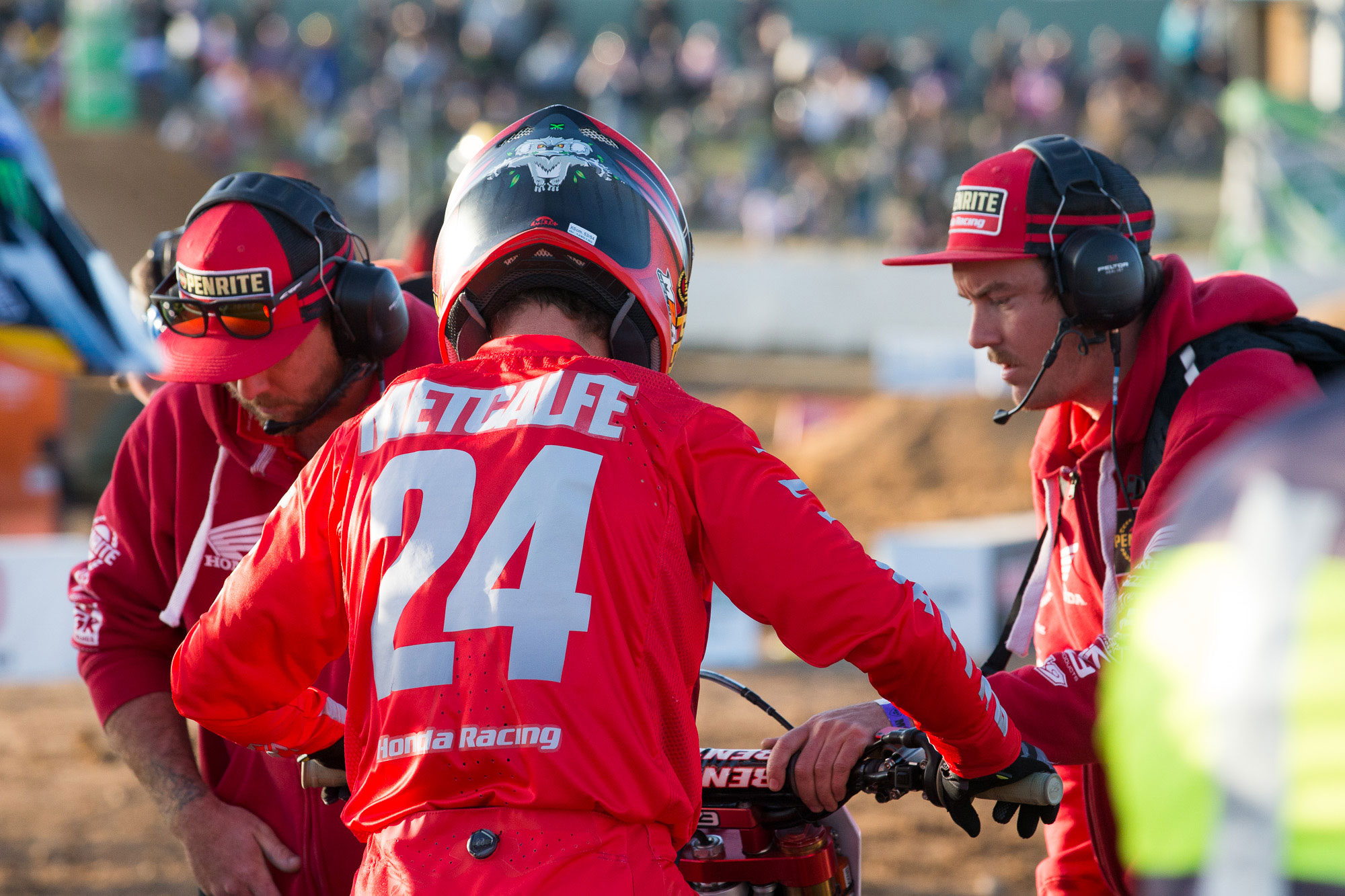 Brett Metcalfe will be back in the Penrite Honda Racing colours for the second season in a row.
Although the Motocross Championship was challenging, it is clear the team are on track for a much stronger result next year.

We proved this year we could be competitive in Motocross. We were in the top three several times in races and we scored some podium finishes. As a team we were lacking consistency but we worked on that in the second half of Motocross season and in Supercross we turned a lot of things around which will better prepare us for next year

The Penrite Honda team are pleased to have Metcalfe locked in for another year, feeling he is a great fit for their program and hope that he remains with them for the remainder of his career and beyond.

‰ÛÏBrett and I have formed a trusting an open friendship and this certainly makes it easy to work together. It is astonishing to think he accomplished everything he did when you really know what he has gone through this year, moving his life back to Australia and spending a lot of time apart from his wife. He has such a resilience, something only great athletes have. He has a home at Honda and we believe in his talents, he is a proven asset on and off the track,‰Û 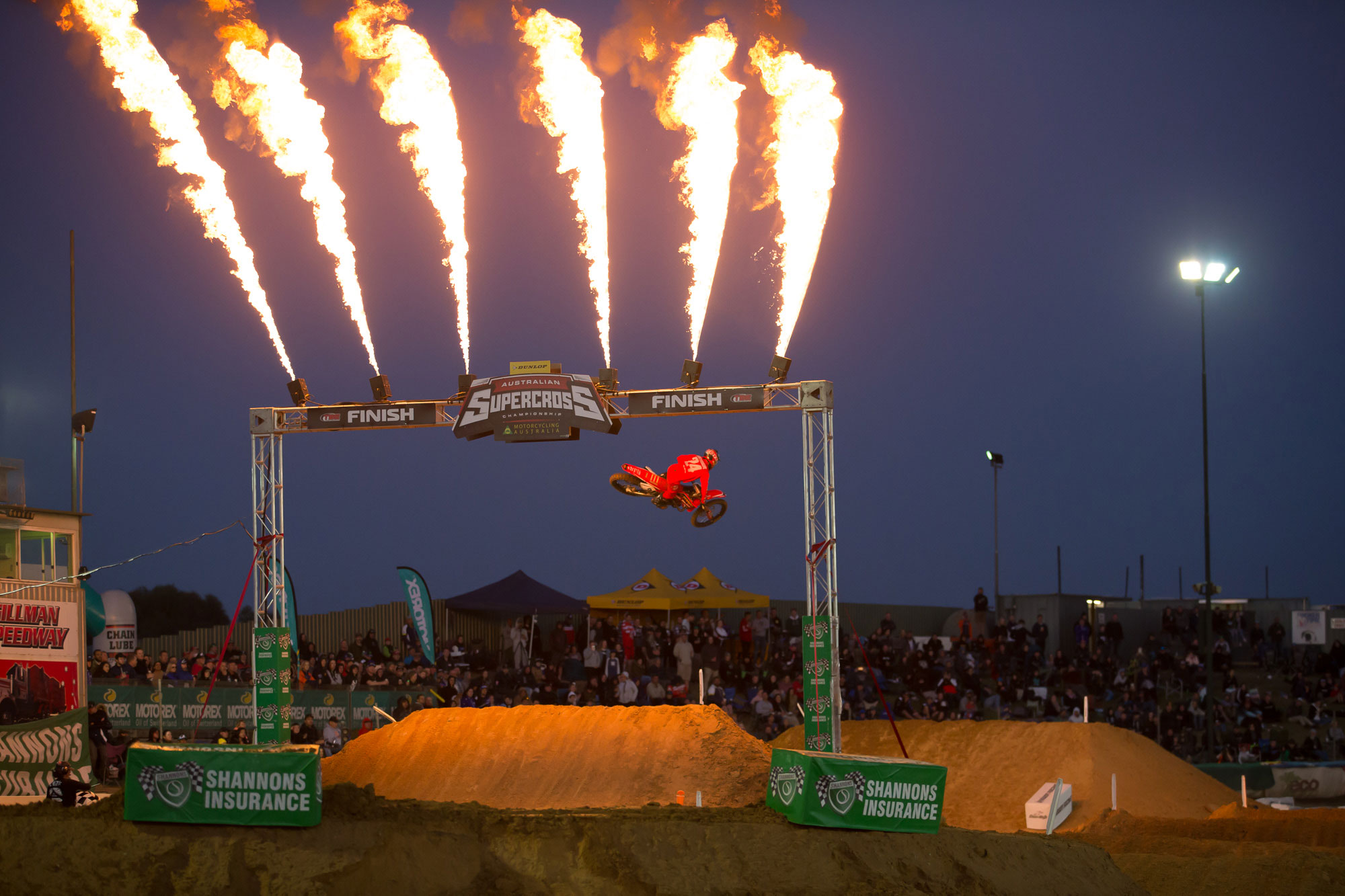 Metcalfe took the win in front of his home crowd at the SA round of the Australian Supercross Championship.
At this stage, the team has signed Metcalfe to be their sole Motocross rider and are yet to decide if they will sign a second rider.

We want to do this properly and our focus is on Brett. We may have a second rider to do selected rounds of Motocross but this is yet to be decided.

Konsky is equally excited about the documentary on Brett Metcalfe he has been working on. The documentary titled ‰ÛÏBorn to Race‰Û 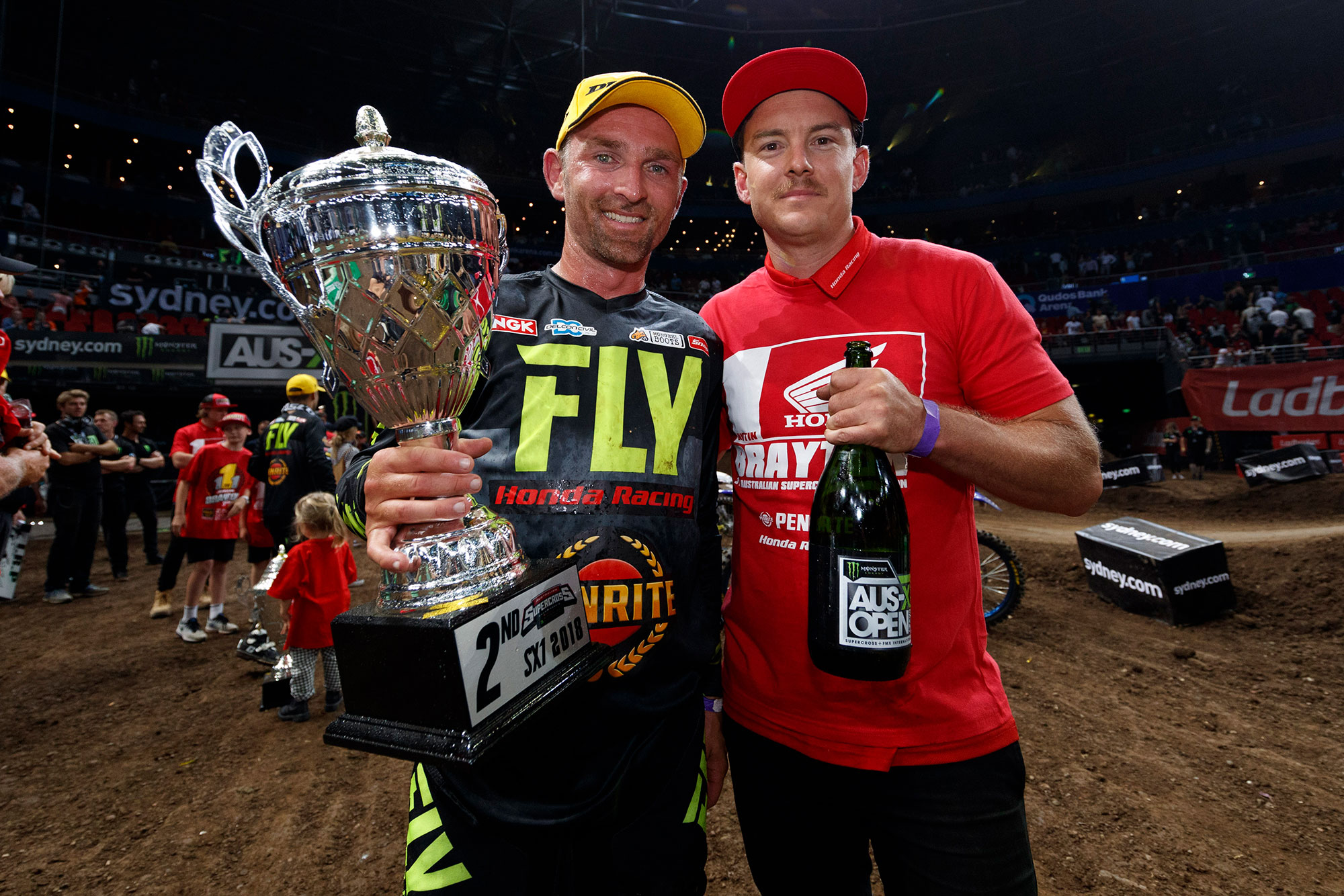 Metcalfe with his supercross runner-up cup.