Brett Metcalfe to renew acquaintances with Husqvarna for MX Nationals 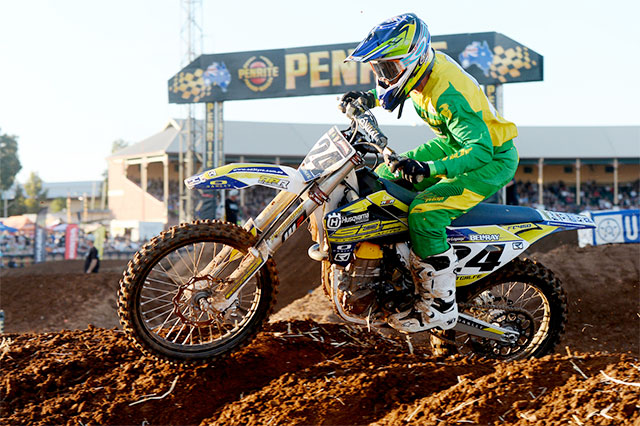 Aussie motocross hero Brett Metcalfe will renew acquaintances with Husqvarna Australia and the 2016 FC450 when he returns this weekend in an exciting new deal pertaining to the first half of this year's MX Nationals series.

With the ink still drying on the agreement Metcalfe is already preparing to head to Australia as a special guest rider on the SD3 Husqvarna team owned by Steve McKinnon, to compete in the first four rounds of this year's MX Nationals series.

McKinnon and Husqvarna Australia Brand Manager Jon Hafey began looking at alternatives after the departure of Jacob Wright from the factory supported squad a fortnight ago.

With positive memories of Metcalfe's podium-yielding visit to Wayville for the third round of the Australian Supercross championships last October, the pair quickly put together a proposal to invite Metcalfe back to participate in the outdoor championship.

Metcalfe‰Ûªs inclusion will now mean that Husqvarna Australia will field a two-rider MX1 assault for at least the first four rounds of the championship, with young Queenslander Jesse Dobson looking in hot touch during recent events after shaking off any signs of last year‰Ûªs knee injury.

"When I first got the call from SD3 Husqvarna owner Steve McKinnon I was optimistic but unsure if it was possible," Metcalfe explained. "I‰Ûªm always excited about the opportunity of racing, especially after Wayville SX last year on the Husqvarna FC450. I had a great time with the crew and things went smoothly. We both had a few targets to hit and went to work on it immediately and came up with green lights, so I‰Ûªm excited about it and also happy that I'll get to bring my wife and my two boys down to enjoy a little Australian lifestyle and visit my family.

"I've been training and riding since January so I hope to be up to speed quickly once I arrive in Australia for the SD3 Husqvarna team this weekend. The field in the 450 class is going to be intense. The list of riders is long and it's great to see it finally build up. I have a feeling the racing is going to be amazing for the fans in both classes. I've already spent good time with my new Teammate Luke Arbon and his chief mechanic Andy Pringle in the past month here in California, so I know the SD3 Husqvarna team is prepared and ready to compete.

"I'd really like thank Steve and Dimity McKinnon from SD3, Jon Hafey and Jeff Leisk from Husqvarna, Lincoln McFayden at Mcleod's Accessories, Kelso at Rockstar, and give a special Thanks to Andre Laurin from Rockstar/OTSFF for allowing me to come down, my longtime agent David Evans and of course my Family for the Love and support.‰Û