Brett Metcalfe takes sixth on his return to Australian Motocross 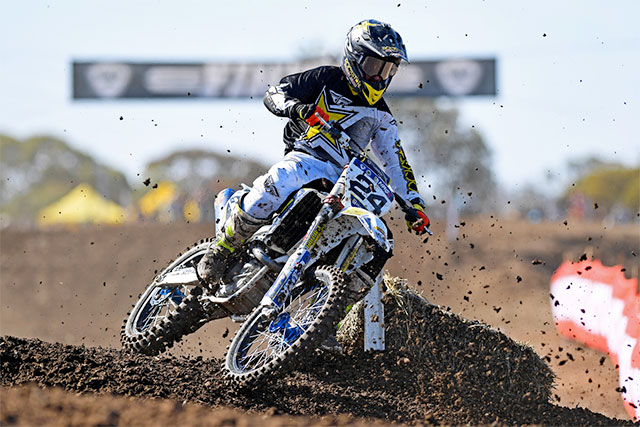 Though he didn't podium, SD3 Husqvarna‰Ûªs Brett Metcalfe may well have been the story of the day at the opening round of the Motul MX Nationals as the 2016 installment rolled into Horsham over the weekend.

Arriving in the country, switching brands, having just a couple of short, jetlagged rides on a stock Husqvarna FC 450, and then taking on the best riders Australia has to offer.

Metcalfe still finished 5-5 in the Premier MX1 class, which was won by Matt Moss ahead of Kirk Gibbs and Dean Ferris, despite a heavy crash in the first race and a lighter fall in the second, and the US-based South Australian is keenly looking forward to the next round at Appin.

‰ÛÏI learnt a lot about where we need to improve, and coming in to this event with 0 to 1 day of testing behind me, I think the outcome was pretty damn good," Metcalfe shared.

"I am disappointed with the results, but that's just because I expect a lot out of myself. We just need to work on a few things to get them up to speed, but other than that, the SD3 Husqvarna team had a great day.

"I was close to running up in the lead pack, but unfortunately I crashed in both motos and if it wasn't for those mistakes, the results would have been a bit better.

"I think Luke on the 250 did a great job and led laps in both motos, and I think we can both go home and learn a lot from this round one and then move forward onto round two and make some progress so we can come out a little stronger. Horsham was technical; very slippery and a lot of the down ramps were getting big square edged bumps and ruts. So the track was getting tricky for a high-speed place. Everybody had to be on their A game and really watch it," Metcalfe concluded.