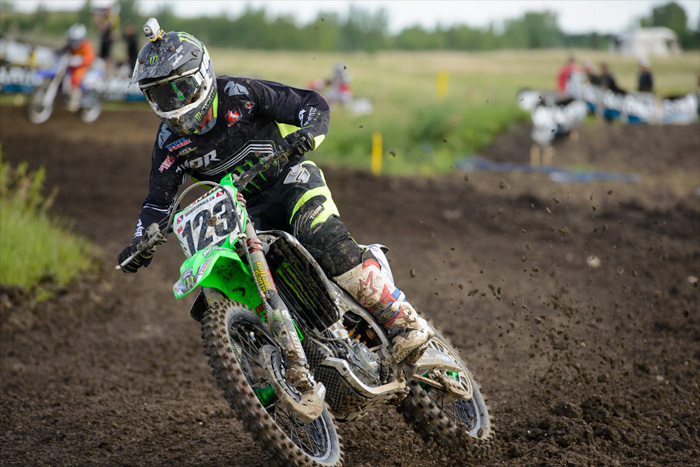 The 2015 CMRC Canadian Motocross series returned to the heart of the prairies this weekend as the series made it‰Ûªs way to Regina, Saskatchewan‰Ûªs Moto Valley Raceway, and just like the previous year, rain was in the forecast.

With the rain coming down for moto one, Metcalfe grabbed a top 5 start and quickly rode his way to the front. Once in the lead, he rode smart to stay on two wheels and grab the moto win.

With the rain stopping for moto two, the track was in much better shape. Grabbing another top 5 start in moto two, Metcalfe worked his way to second and with the overall win in his grasp, rode conservatively to grab the overall win.

With two weekend‰Ûªs off, Metty goes into the break only 12 points out of the Championship lead.

The series will resume on the 12th of July in Courtland, Ontario at the famous deep sands of Gopher Dunes Raceway. For more information on the series, visit www.cmrcracing.com 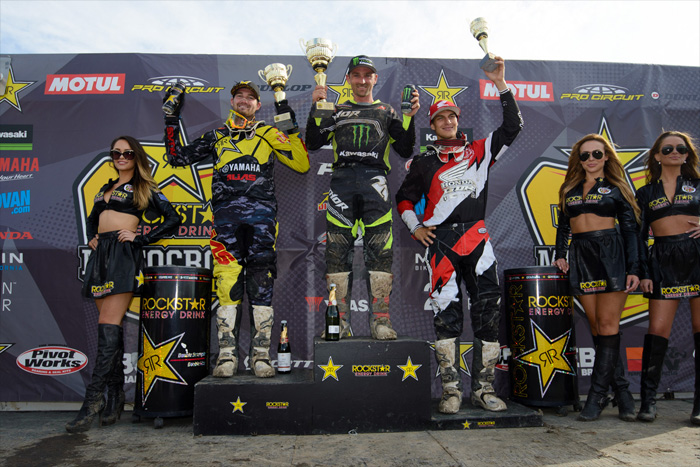 Top Image: Brett Metcalfe closed back in to 12 points of the championship lead with his second overall round win at the 2015 Canadian MX Nationals