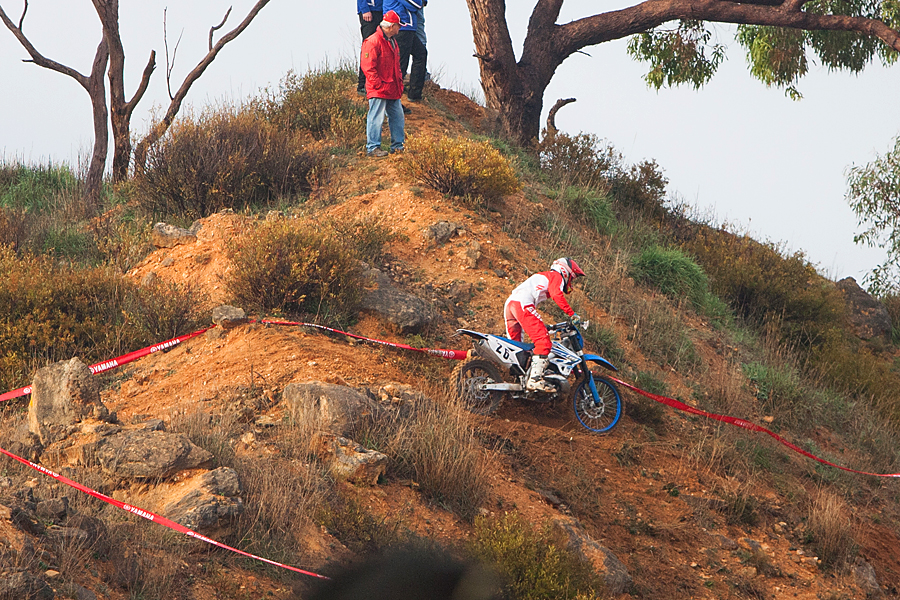 Brent Dean has had a solid first hit out, aboard the TM Racing Australia's TM 300EN two stroke machine at rounds seven and eight of the 2013 Australian Off-Road Championship held at Coonawarra in South Australia last weekend the 29th and 30th of June.

After receiving the bike he will contest the remainder of the AORC aboard as well as the 2013 Australian four day Enduro, just over a week before the South Australian event, Brent spent as much time as possible getting used to riding his new two stroke TM.

With the bike in stock form and only the number 26 added to his number plates, the rider from Lithgow, New South Wales put in two solid days of riding to come away with some solid results and also achieve his main goal of the weekend which was to get plenty of bike time before the trip to Western Australia for the four day event. 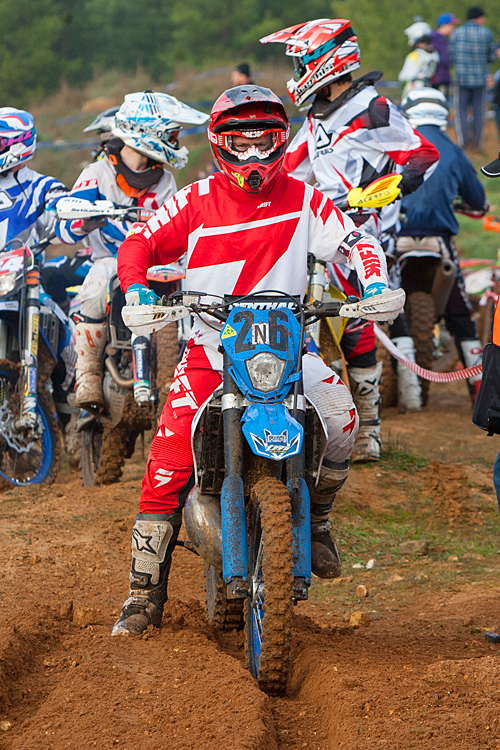 Brent Dean, gets ready to tackle the technical quarry test at Coonawarra, the only non sand section of the whole event
Finishing 25th outright in a field of over 120 riders on day one and setting times that had him 5th fastest at the end of the day in the E3 class, Brent was able to al but match his result on day two, finishing 26th outright and once again finishing in a time that had him 5th fastest in the E3 class.

"The bike was great, I got hold of the bike 10 days before the event and only got a weekend of riding on it, so it was pretty well stock for my first event on it." Brent explained. "I think I just need to make a few little changes to it to get myself more comfortable and it will be even better.

"It also took a little time to adjust going from a four stroke to a two stroke, as they are completely different, but I am getting the hang of it.

"Overall my outright results were not to bad, I wanted to be a little higher but with the limited time on the new bike heading in to the round I was happy with how the weekend went," he added.

Brent enjoyed the South Australian event that had quite a few different terrains across three tests, with riders riding two of the three tests each day. One big bonus for Brent was the high quantity of sand on off at the Coonawarra round, which made for some good practice in the lead up to the A4DE which is likely to see riders spending plenty of time in the deep sands of W.A

"The event itself in South Australia was really good." Brent stated. "I don't normally get to ride much sand, but that was fun and the set up of two tests was cool. Hopefully we will see some more events like that down there.

With the South Australian event over, Brent headed home and has spent the past weekend riding flat out in what was his last opportunity to ride his TM 300EN before loading up and heading west for the biggest race on the Australian Off-Road calendar.

"We are getting some suspension testing done at the moment and spent all this weekend riding and getting more seat time on the TM." Brent explained.

"We will then load the van up and head over to Western Australia and see how we can go in what is looking like it will be a sand filled four day event." he concluded.

The 2013 Australian four day Enduro kicks off next Wednesday the 17th of July in Harvey, Western Australia.

Top Image: Brent Dean in action aboard his TM Racing Australia EN 300 Two Stroke at the SA round of the AORC