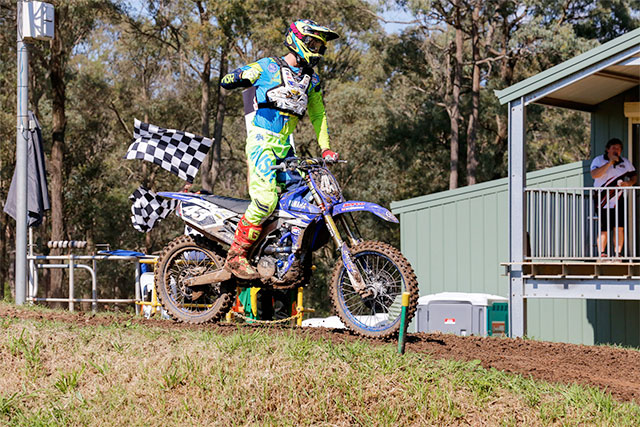 The current MXD champion has made a sensational start to his rookie MX2 campaign taking a third place finish at the opening round to now standing atop of the podium at round two after winning both motos contested yesterday in a day that he won‰Ûªt soon forget.

Riding high on confidence from his round one result, Evans continued to work hard between the rounds and a visibly leaner and stronger athlete fronted up for round two. He quickly found his mojo on the rutted and technical Appin racing surface and slotted into second place in qualifying.

With a good choice of the starting gate, Evans rocketed into the first turn with the lead but with 30 minutes of racing ahead of him, there was still plenty of work to do. Evans dropped to third after a few laps as the tightly bunched field battled for position but come lap four, the 17year old from Cairns dropped the hammer, sliced two seconds from his lap times, and rode straight back to the lead.

From there he was never headed and he relentlessly charged to the finish to take his first ever MX2 race win by eight seconds over his nearest rival.

Race two saw Evans again well placed in the early stages in third and shadowing the leaders out front. He moved into second place at the halfway stage and went out after the race leader, Wilson Todd. But Todd was able to match the pace of the charging Evans and the gap between the two had stabilised until the next to last lap when Todd went down trying to get passed a lapped rider, gifting the race win to Evans and cap off a remarkable day for him. 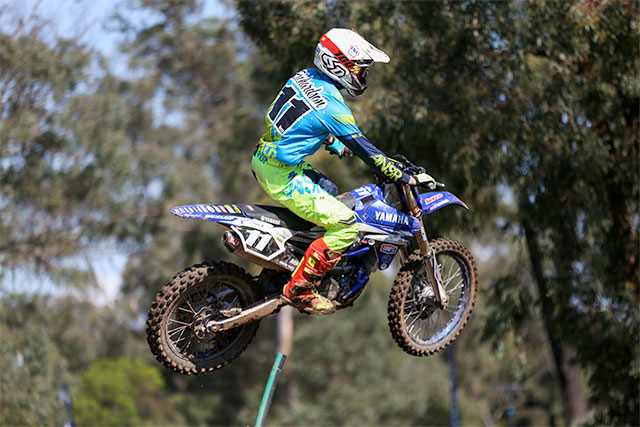 Race two and Richardson hit the lead and was in control of the race until the fourth lap when he made a costly mistake and dropped back to third place. His pace slowed momentarily while he regathered his focus and as a result he lost contact with the race leaders but with a huge margin over the riders behind him, Richardson played it safe and brought his Serco Yamaha home in third place.

Both Serco Yamaha riders are well placed after round two with Evans sitting in second place, just three points from the championship lead, while Richardson sits in fourth and well within striking distance.