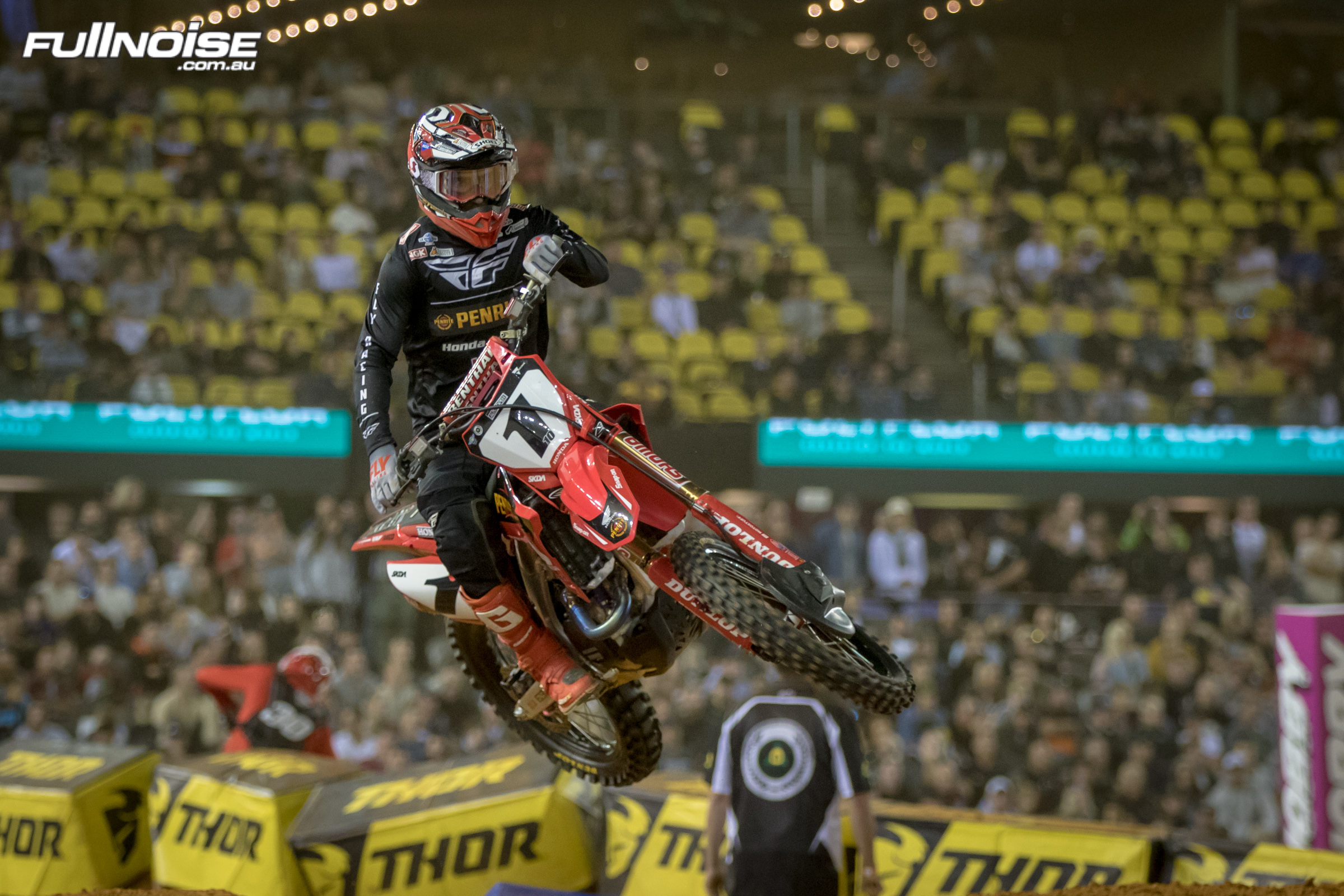 In-form Luke Clout started off the night in perfect fashion, as he laid down the fastest lap in the Boost Mobile Superpole, clocking a time faster than American Jason Anderson, Brayton and Chad Reed to name a few.

When the SX1 Finals came around, Penrite Honda Racings Justin Brayton kicked things off positively with a win, however his title rival Clout ran into dramas straight away, going down multiple times to finish way down the order. Anderson claimed the race two victory over Brayton, and the third main he did the same, granting him the S-X Open International FIM Oceania Supercross Championship, and Brayton the Australian Supercross Championship. 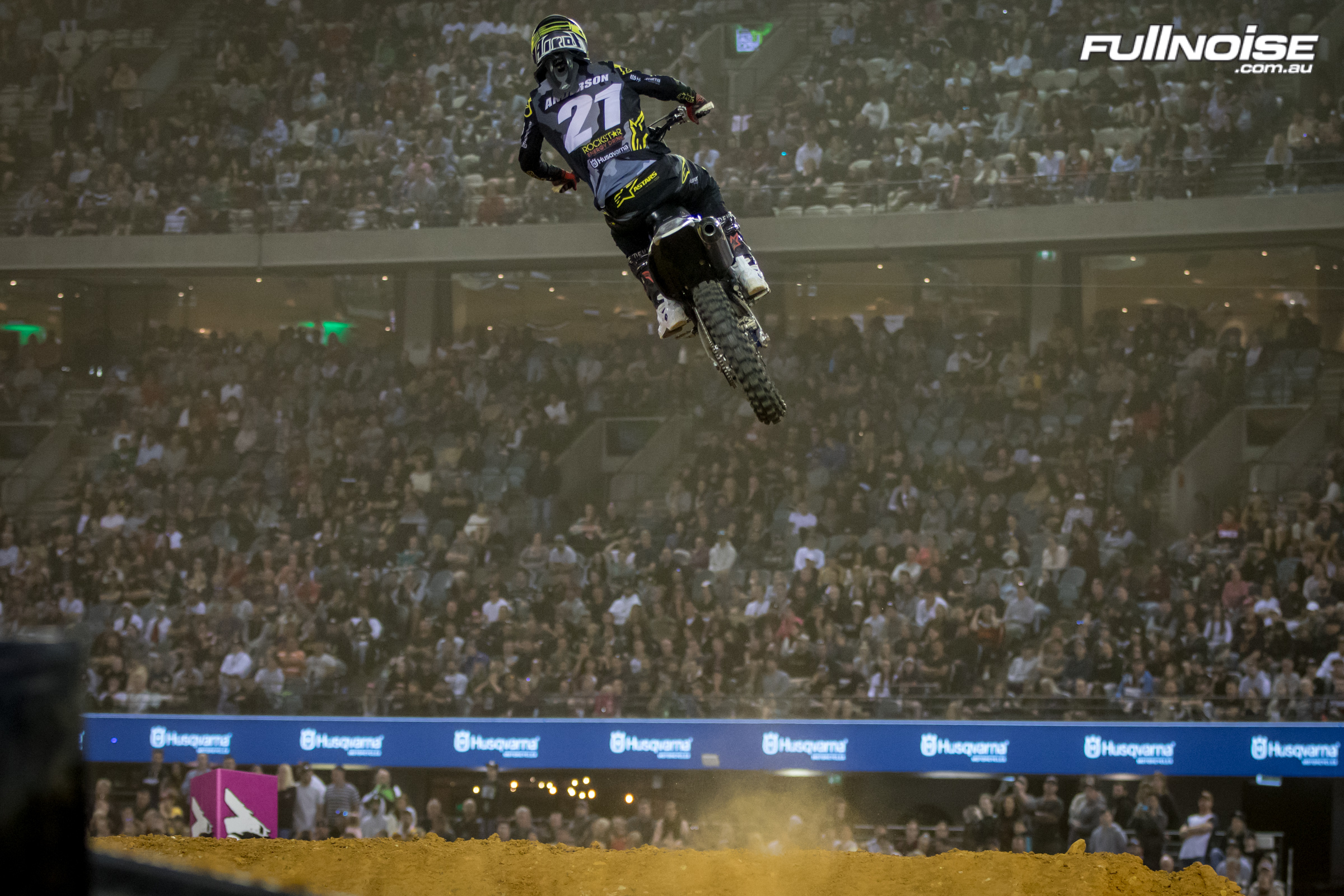 Jason Anderson claimed the Monster Energy S-X Open International FIM Oceania Supercross Championship. Photo: Aaryn Minerds
‰ÛÏI‰Ûªm stoked I got the win ‰ÛÒ the last few weeks have been so tough, so to get this championship means a lot. I love this country, thank you so much for welcoming me, and I hope that I‰Ûªve done your country proud coming over here and winning four straight,‰Û 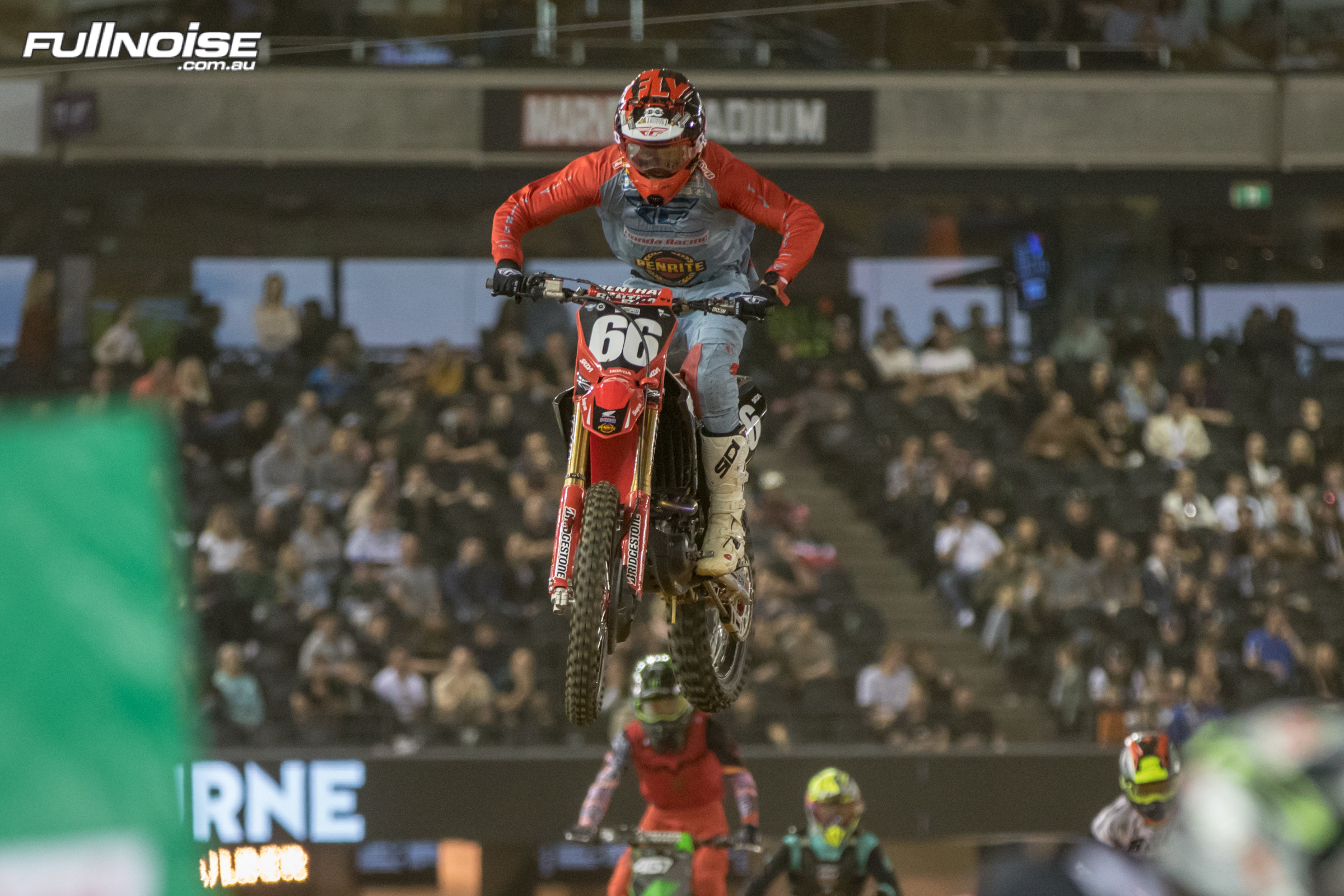 Mitchell Oldenburg added to e perfect night for the Penrite Honda team by winning the SX2 clas. Photo: Aaryn Minerds.
The star of the show however in SX2 was American Chris Blose; as the Penrite Honda Racing rider took home the 2019 Australian Supercross Championship to make it a double championship win for the Team.

‰ÛÏOh man; I can‰Ûªt explain this. I‰Ûªm so pumped, the Penrite Honda team worked so hard for this, I did too, and we walk out of here with a number one plate. Thanks to everyone involved, it‰Ûªs a dream come true to be crowned champion,‰Û 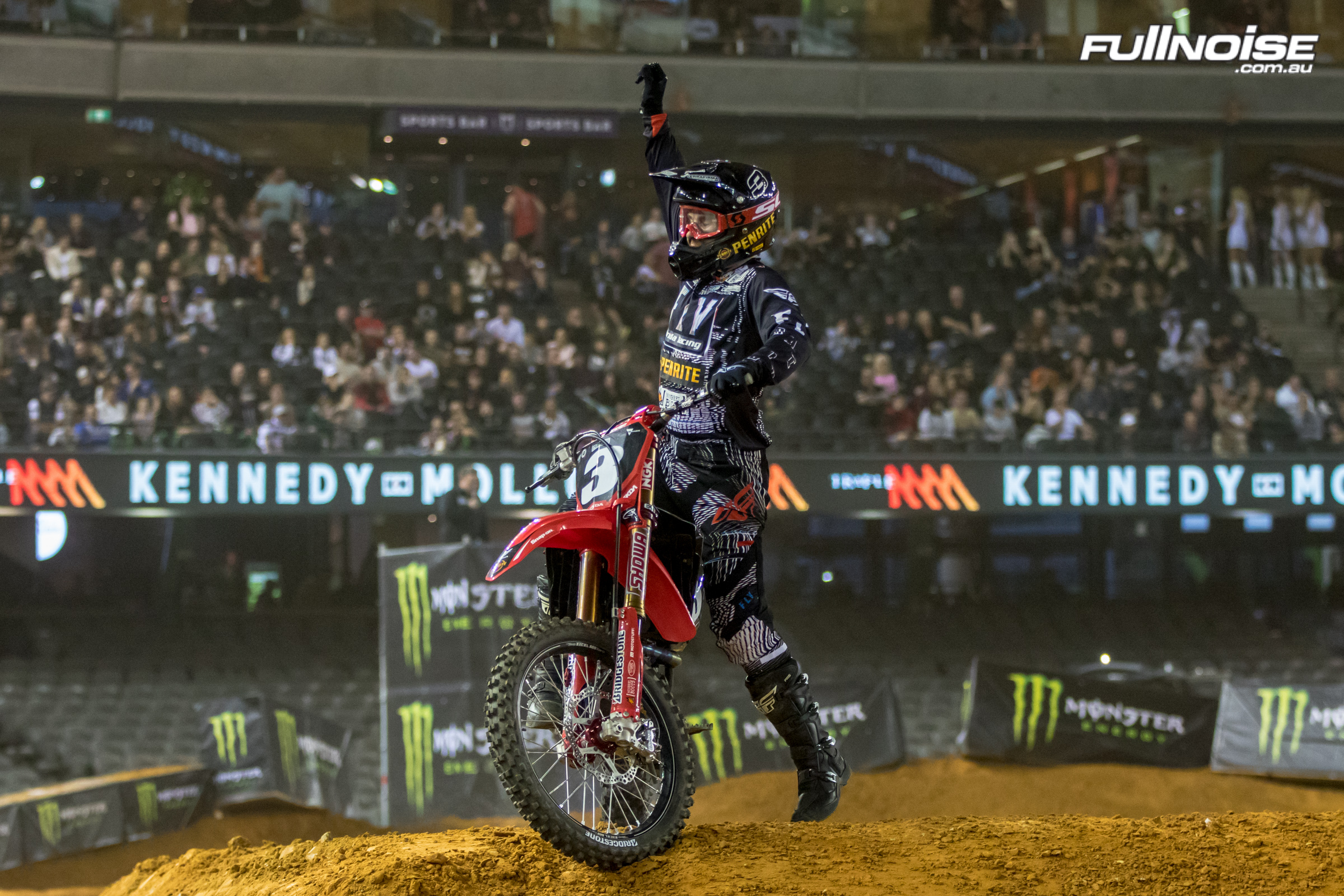 Chris Blose came from second place going into the final round to take the SX2 title with second place overall on the night. Photo: Aaryn Minerds
That‰Ûªs a wrap for supercross action in the Southern Hemisphere for 2019, with 2020 already in the works to become bigger and better than ever, as riders continue to strive for supercross stardom. 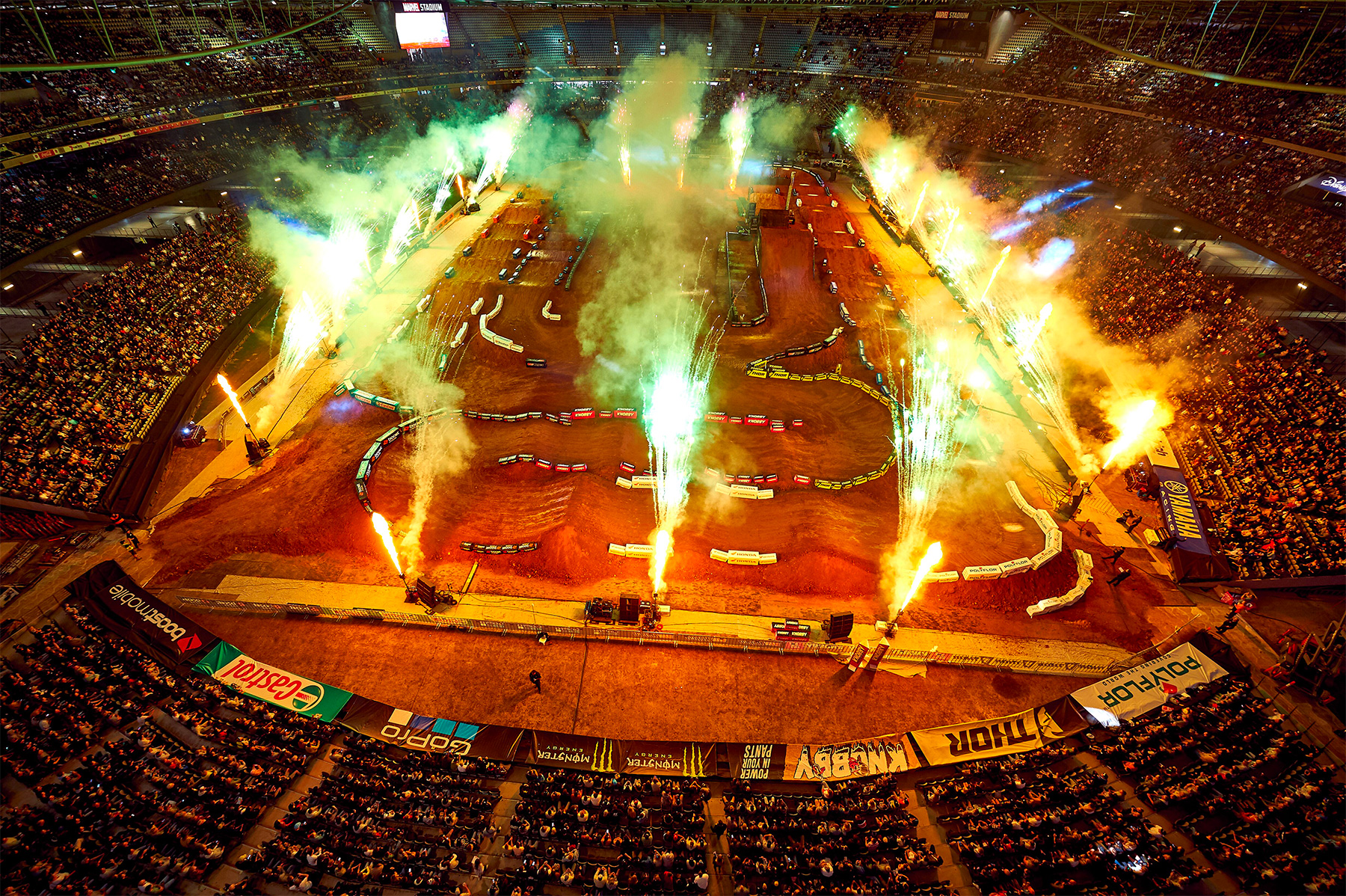