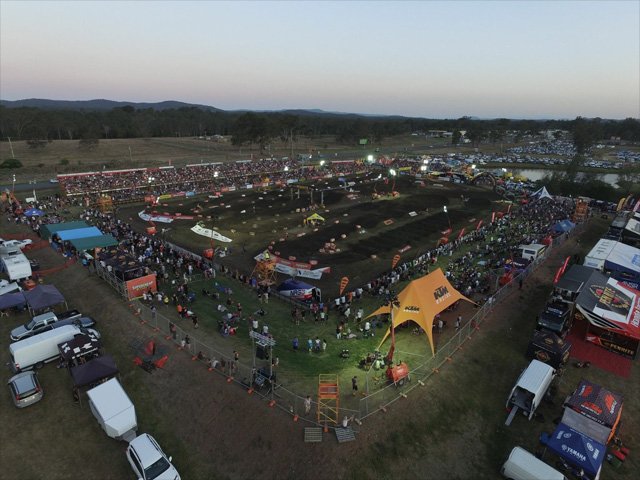 A brand new race track is being constructed at Jimboomba X Stadium as the south-east Queensland venue gets set to host the GoPro round four of the 2015 Australian Supercross Championship presented by Penrite Oils on Saturday, November 21.

After recently staging round two of the Championship, which saw local CDR Yamaha ace Dan Reardon take an enthralling win in the SX1 final after an all-out battle with defending two-time Australian champion, Team Motul Suzuki‰Ûªs Matt Moss, the Jimboomba track has been totally reworked to provide an all-new USA-style lay-out for round four.

Jimboomba promoter Scott Bannan is taking track design cues from the prestigious AMA Supercross Series in the USA, with the fast approaching J2 event set to feature a number of innovations in the new track lay-out.

‰ÛÏThe J2 track design will be totally changed from the J1 lay-out of round two of the Championship last month,‰Û