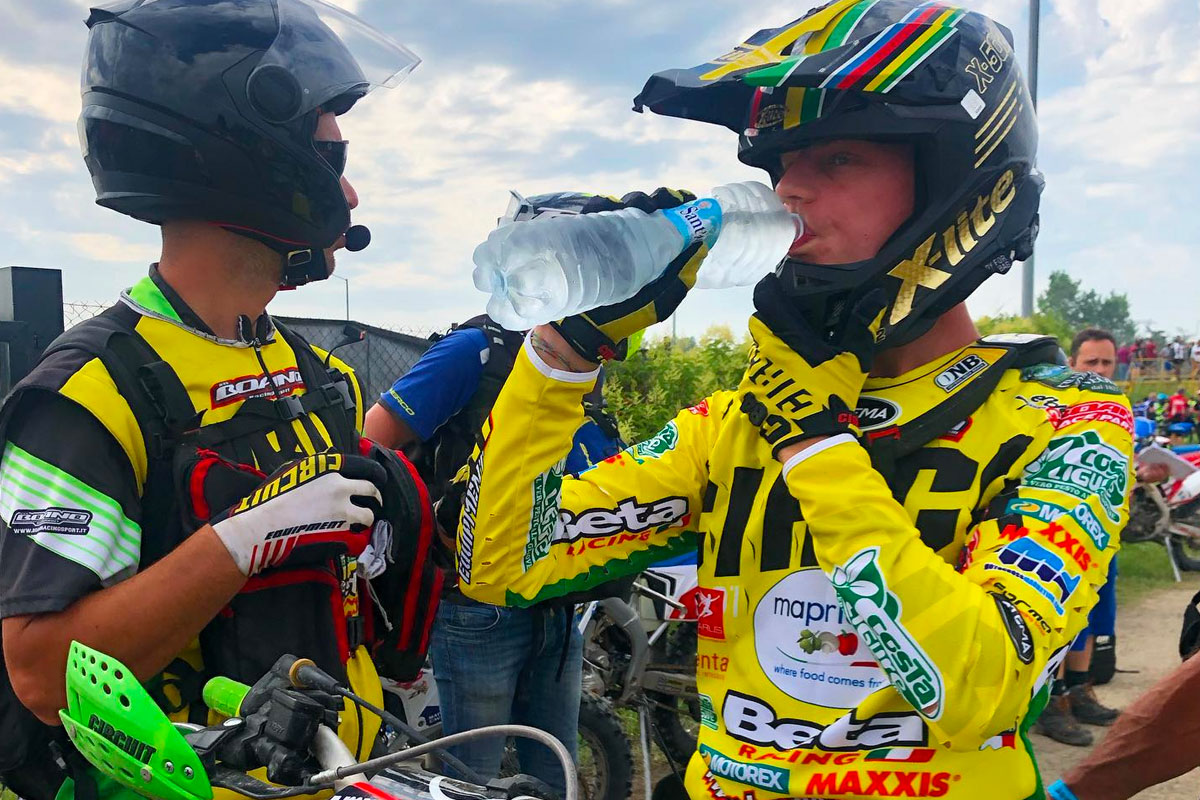 Day two of the EnduroGP of Greece at Serres saw another day under the sweltering Greek sunshine, despite a big storm during the very last test on Sunday!

Once again, there was a fair share of surprises and the results changed frequently and drastically over the course of the 10 test.

The first victim of the tough day was Giacomo Redondi. Fifth overall yesterday and the winner of the E2 class, the Italian had a heavy fall in the first Champion Lubricants Enduro Test of the day and damaged his ribs. He lost more than 14 minutes and managed to finishes the day 19th overall by gritting his teeth.


After a DNF yesterday, Honda's Alex Salvini bravely took to the start again this morning and rode in pain to finish in an honorable 12th position overall, taking some valuable points.

But perhaps the biggest victim of this stifling weekend was Day one winner Brad Freeman. Strong from the outset, and dominating Day 1, the Beta Boano rider pulled out a gap right from the start of Day 2. However, as fatigue set in the Brit had a huge crash on the last Enduro Test and injured his left shoulder. Despite this, he was able to hold off Thomas Oldrati and Matteo Cavallo and win the EnduroGP class nevertheless. Increasing his gap on a struggling Steve Holcombe who could only managed 7th overall today. But this mistake from Freeman could cost him dearly next weekend in Italy if he does not recover quickly.

"I'm destroyed! I was off to a good start and pulled a comfortable gap after two laps, but I was careless in the Enduro Test and I fell hard," Freeman said. "I lost a lot of time and hurt myself a lot, especially my shoulder! But I am still very satisfied with this victory, it's helped improve my gap in the EnduroGP standings. Now I just have to hope that my shoulder injury isn't too bad and that I will be able to be 100% next weekend!‰Û 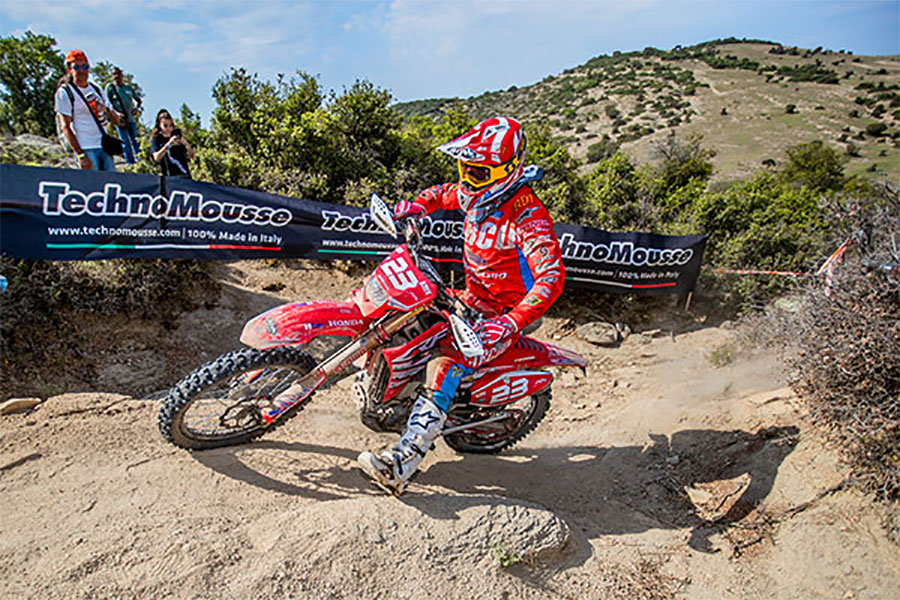 With a 100% win-streak in Enduro 1, Freeman took victory on Sunday ahead of Oldrati and Cavallo. RedMoto Honda's Davide Guarneri and Kirian Mirabet completed the Top 5 in this small engine capacity class.

As for the Enduro 3 class, Danny McCanney took his second win of the season ahead of Steve Holcombe and the consistent Anthony Geslin.

"I was really disappointed with my result yesterday and honestly, I did not think much about the EnduroGP ranking. I got through the pain and I managed my goal, which was to win in E3 this weekend. The 4th place in EnduroGP is a great bonus of course!‰Û 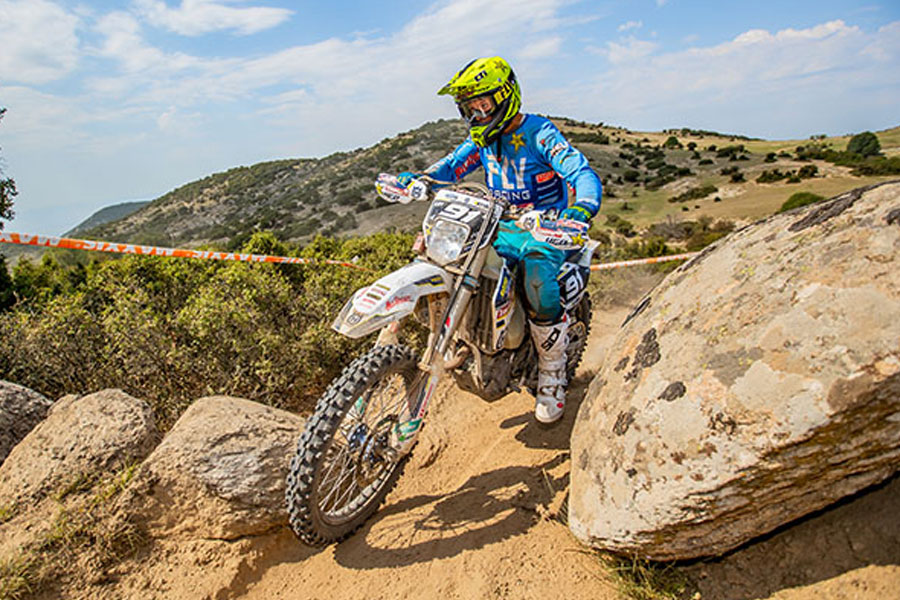 A couple of times this season we've seen Enric Francisco come close to knocking Andrea Verona off the top spot. But it has taken until the 4th GP of the season to end the 7-strong winning streak of the Italian! However, it wasn't Ivan Cervantes' protege who achieved this feat but instead the Finn, Roni Kytonen. Absent at the opening round in Germany, the KytÌ¦nen Motorsport rider already showed great potential during the Iberian tour and now he has proven that he can compete with the best young talents on the planet.

But Francisco gave him a hard time, and remained on the Finn's tail until the last test of the day. Verona managed to fight his way back to a useful third place, pipping an unfortunate Antoine Magain on the last lap!

Also worth noting is the disqualification of Ruy Barbosa, taken out of the race by the FIM due to reckless and unsporting behaviour.

"I'm so happy with this first win, especially as Verona has been so hard to beat," Kytonen said. "It was very tight until the end with FRANCISCO but the small gap that I managed to pull in the Enduro Test was enough. With this victory, I'm able to show everyone that I have the talent to win in Enduro. This is my first career victory at the World Championship and I'm proud of it!‰Û 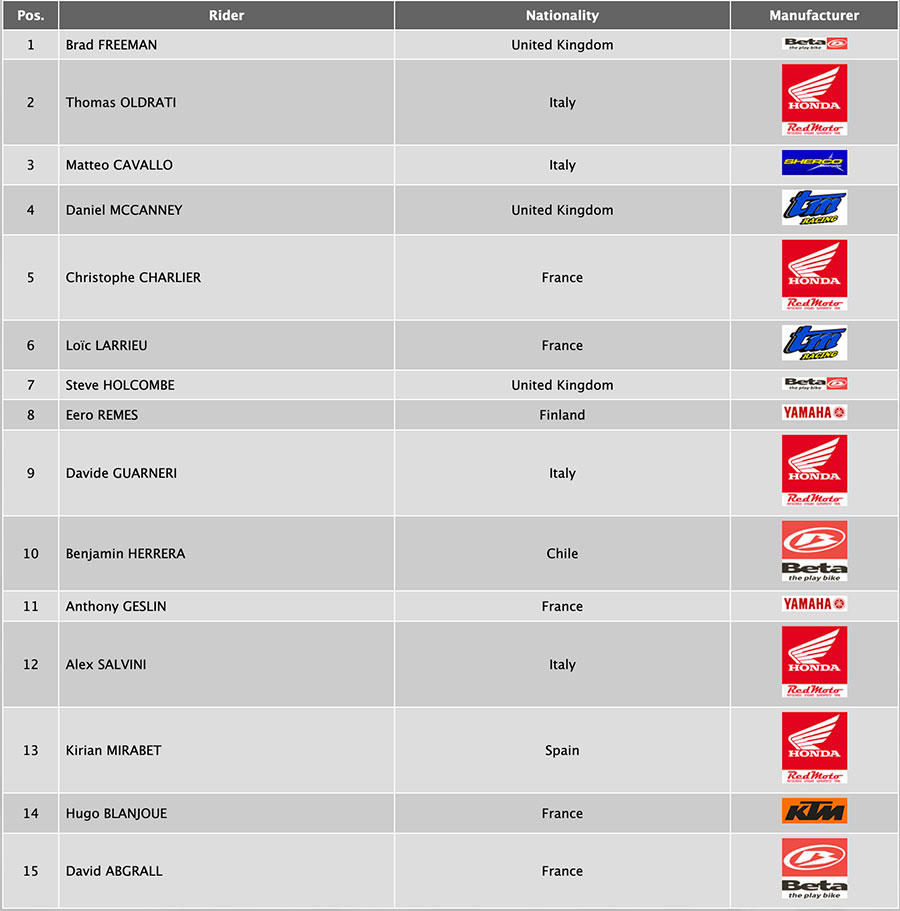 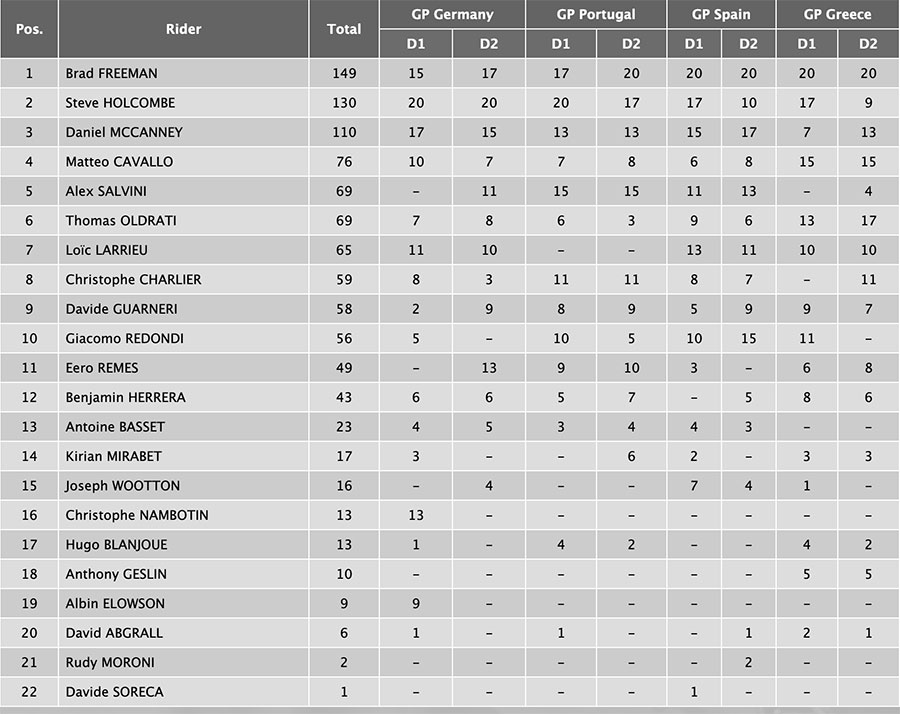