Brad Freeman extends the gap at EnduroGP of Greece Day One 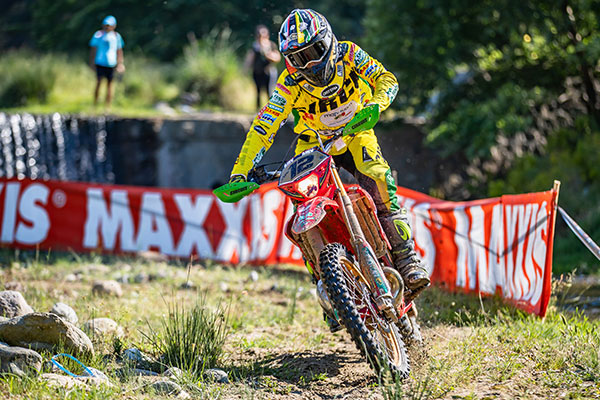 Day one winner Brad Freeman.
The stars of EnduroGP had to cope with overwhelming heat on Day 1 in Greece, despite a huge storm on Friday night before the Super Test.

The demanding conditions made their mark on both man and machine, as was proven when Honda's Alex Salvini suffered a shoulder injury. Despite the difficulties, the LAMS Moto Club did a great job with the course and it gave us a great day of racing with many twists and turns right up until the final test.

In the premier category, EnduroGP, where Salvini was looking to be one of the favouites at the beginning of the day. The Honda RedMoto rider was in the fight with Matteo Cavallo for 3rd place overall before he took a heavy hit on his shoulder in the Champion Lubricants Enduro Test. It was a similar story for Honda RedMoto'svChristophe Charlier, on fire at the end of the day, and closing in on Cavallo before a big mistake on the final test.


There were no such problems for the British duo of Steve Holcombe and Brad Freeman. The former, who seems to be largely recovered from the debilitating virus he'd been in the grip of since the German GP, was running well at the start of the day and held a 12 second advantage at the end of the first lap. Meanwhile Freeman initially found it tricky to 'open the road', but the Beta Boano rider quickly regained control of the EGP class to pull out an amazing 39 second lead on Holcombe by the end of the day.

"The start of the day was not easy with the big storm that came yesterday afternoon," Freeman said. "It was not easy for me to open the tests and Steve took advantage. But I managed to find a good feeling on the second lap and I could finally ensure another good victory. I'm very happy with it but I really want to stay focused.‰Û 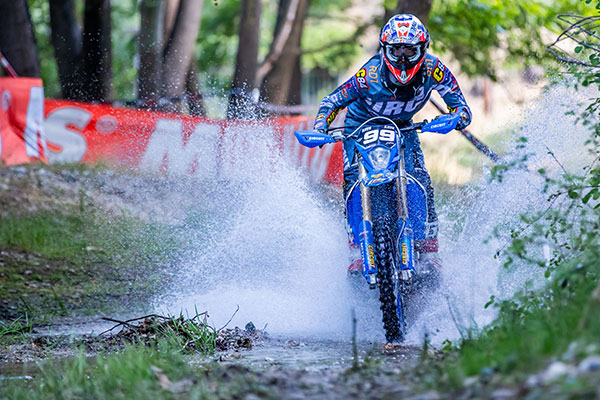 Behind these two top guns, Matteo Cavallo achieved his first career podium in EnduroGP. He fought well to see off attacks from Honda RedMoto's Oldrati and Italian Redondi, in addition to taking advantage of the misfortunes of Salvini and Charlier. It was a nice reward for the 2018 Junior World Champion who did not expect to get on a EnduroGP podium so soon!

Neck and neck for a long time, Oldrati ended up getting the better of his compatriot Redondi and therefore took 4th place and 13 points, while LoÌøc Larrieu had to settle for 6th place and Eero Remes (SF - Yamaha) just managed a place in the Top 10.

The class which saw the most twists and turns was Enduro 2! Salvini had been establishing himself as a potential winner before he fell and injured his shoulder... And at that time, the category win was all to play for between Redondi, Larrieu and Charlier, all ready to take advantage of the 2013 World Champion's unfortunate DNF.

Charlier made an impressive comeback to take the lead two tests before the end of the day. But the Corsican crashed in the Champion Lubricants Enduro Test and damaged his bike. He managed to finish the Technomousse Xtreme Test, but he was unable to get through the last test of the day and had to give up his first victory of the year to a very consistent Redondi.

"It's a bit of an unexpected victory!" a bemused Redondi said. "Salvini was very strong and I'm really sad for him that he got hurt ... Then, Charlier pulled an amazing time in the Enduro Test and I really thought he would go for the victory but had bike issues. We can't predict anything in this sport, and especially in the E2 category. Every top rider has had at least one day of bad luck and I hope that now, the problems will all leave us alone and we will be able to all fight together! But today I took the victory and this allows me to get closer to Salvini!‰Û