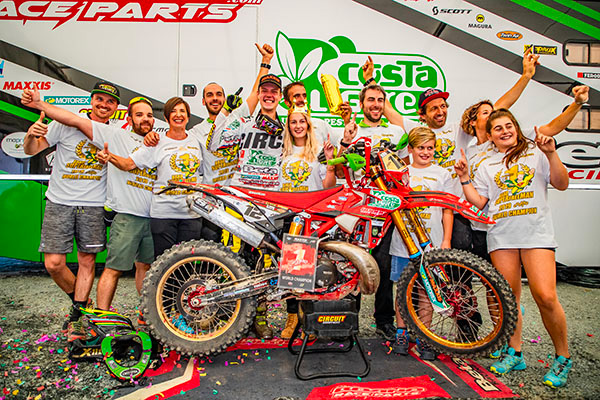 Brad Freeman celebrates with his team.
For the second day of the Enduro Grand Prix of the Czech Republic, played out in Uhlirske Janovice, the riding conditions were different thanks to the large number of entrants churning up the track yesterday.

In some parts of the tests, the course had suffered from the passage of 120 competitors. Different pitfalls had appeared, ruts became deeper, and new stones were unearthed. It was necessary to be cautious to get through the Grand Prix, which was considered by many as the most difficult this season. The spectators, however, were simply able to enjoy the fantastic show, and they turned up in vast numbers to cheer on their favourites.

Brad Freeman delivered another perfect performance in the EnduroGP class. The Brit barely had to look over his shoulder all day, despite exchanging special tests with his major rival Steve Holcombe. The Beta Boano rider seemed to be completely recovered from the badly fractured collarbone he suffered during the Grand Prix of Greece. He goes into the final round of the season in Ambert (France) with a 10-point lead over Holcombe. Not a big enough gap to relax, but then Freeman is not the type to relax!

‰ÛÏThis season has not been easy, and winning this second senior title in my career really means a lot to me. It's a reward for all the hard work with my great team. Now all we have to do is finish the job in two weeks‰Ûª time in France‰Û_‰Û 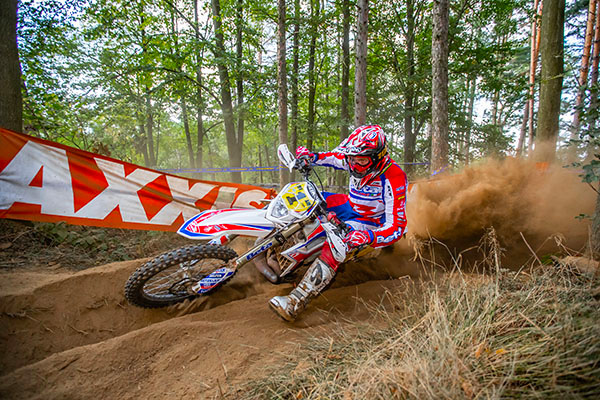 Steve Holcombe
What a crazy day for Honda's Alex Salvini! Tenth this morning after the first lap, the Italian managed to climb to fourth overall! ‰ÛÏRocky‰Û 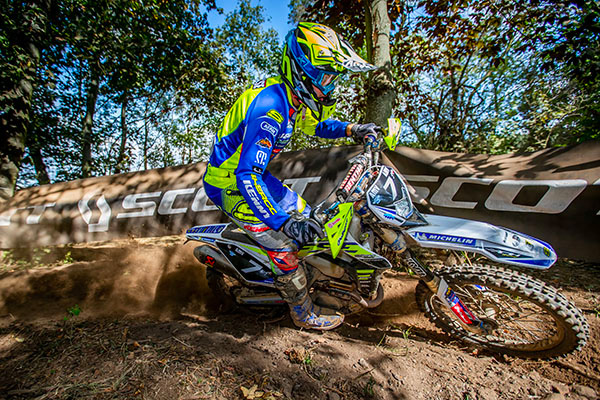