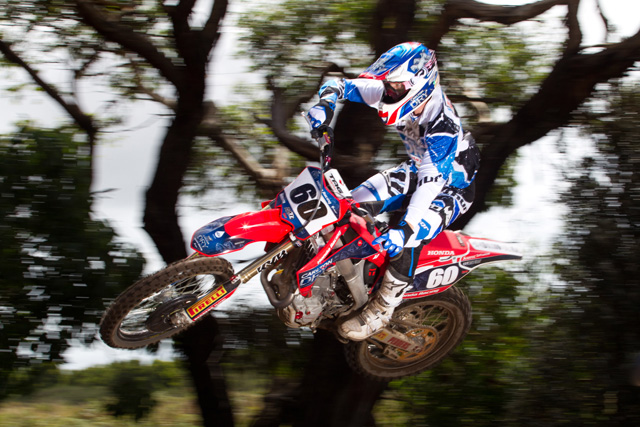 British import Brad Anderson has spent his final week in the lead up to the Monster Energy MX Nationals coming to terms with the formats that will be used in the 2012 season.

Coming from the British championship where a more traditional two Moto format is in place, the 2012 Australian season will see riders race two back to back shorter races in the morning, followed by a longer single race in the afternoon, giving a good mix of fast actioned sprint racing and an old school longer moto for the traditionalists in the afternoon.

"We've been training hard for the last few days and I'm really feeling good on the bike," said Anderson. "A big part of the preparation for me has been getting used to the format here which is different to the moto's we race at home. I've picked it up pretty quickly and luckily haven't had to change up my fitness or endurance program too much."

Another big difference to things back home is the weather in Australia, with the Honda rider enjoying the fine local weather and taking the time to try his hand at one of the countries favourite past times surfing.

"The weather has been amazing, it's rained a few times but it dries up pretty quick and then the sun is out. "I got to go to the beach to try surfing for the first time which was a lot of fun even though the waves did their best to swallow me!" he enthused

With a bit of fun enjoyed on the beach , Anderson will now put his head down and look forward to the competition ahead this weekend.

"The team has done an awesome job to get us to where we are and hopefully we'll be on the box come Sunday." he concluded. 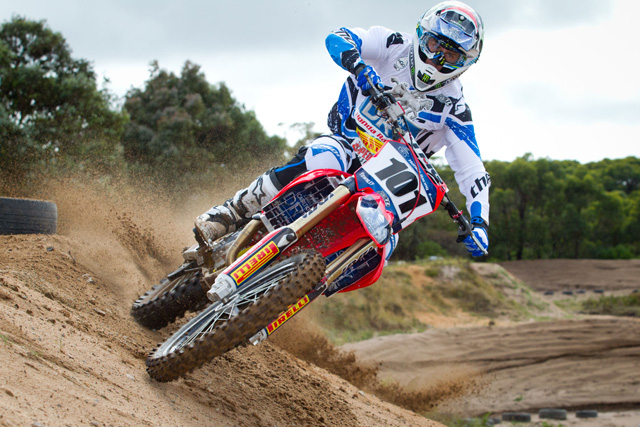 Townley will make his one and only appearance for the MX Nationals at Conondale.
One of Anderson's biggest threats coming into the season was team mate Ben Townley , Townley as we know now picked up the vacant ride at Two Two motorsports and has now confirmed to be racing just the first race at Conondale before heading to his new team in America.

"I am excited about this weekend," Townley said. "Plans have changed recently and it will be nice to be able to race for my team and sponsors to show appreciation of their support in my international opportunity."

"This will be my first time to Conondale, I'm looking forward to it, and I always enjoy the challenge of a new track and from what I hear it's a great track. It's very important for me to keep racing, being behind a gate and racing a high level of competition is always the best preparation I feel," Townley Continued.

Sunshine Coast local Ford Dale is looking to make immediate impact in the MX2 class on a track he knows intimately.

"Conondale is a great track and to start the season here is good as I've ridden it so many times," said Dale.

"It's always good to have my family and friends along to the races and I'm aiming to build on the pre-season speed and be on the podium every race. I've been working very hard on my focus and concentration on the bike to make sure I'm getting the most out of every lap." Dale concluded.