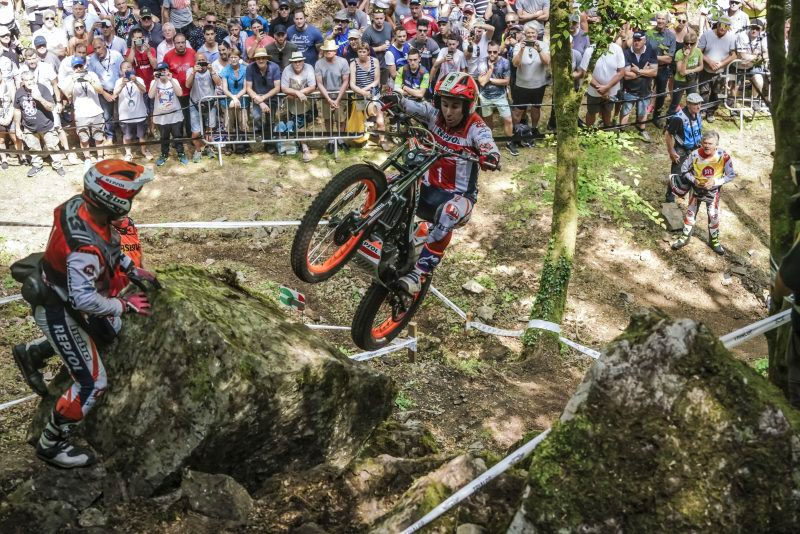 Toni Bou
Toni Bou kept his win-streak going at round four of the 2019 FIM Trial World Championship with a come-from-behind performance at TrialGP Belgium at Comblain au Pont.

The Spaniard, who is unbeaten so far this season as he bids for a 13th straight World title, was pushed hard all day by Jeroni Fajardo who actually led after the opening lap on 18 compared to Bou‰Ûªs score of 21.

But, as we‰Ûªve seen so many times before, when the going gets tough then the Repsol Honda rider gets going and his second lap total of just 11 was good enough for him to come home three marks ahead of his fellow countryman once a single time penalty for both riders was taken into account.

It was a dramatic end to a close-fought day of competition with Bou only securing the victory with a clean on the very last section of the trial, a perilous rocky climb that had the fans on their feet as he powered his way to the top. 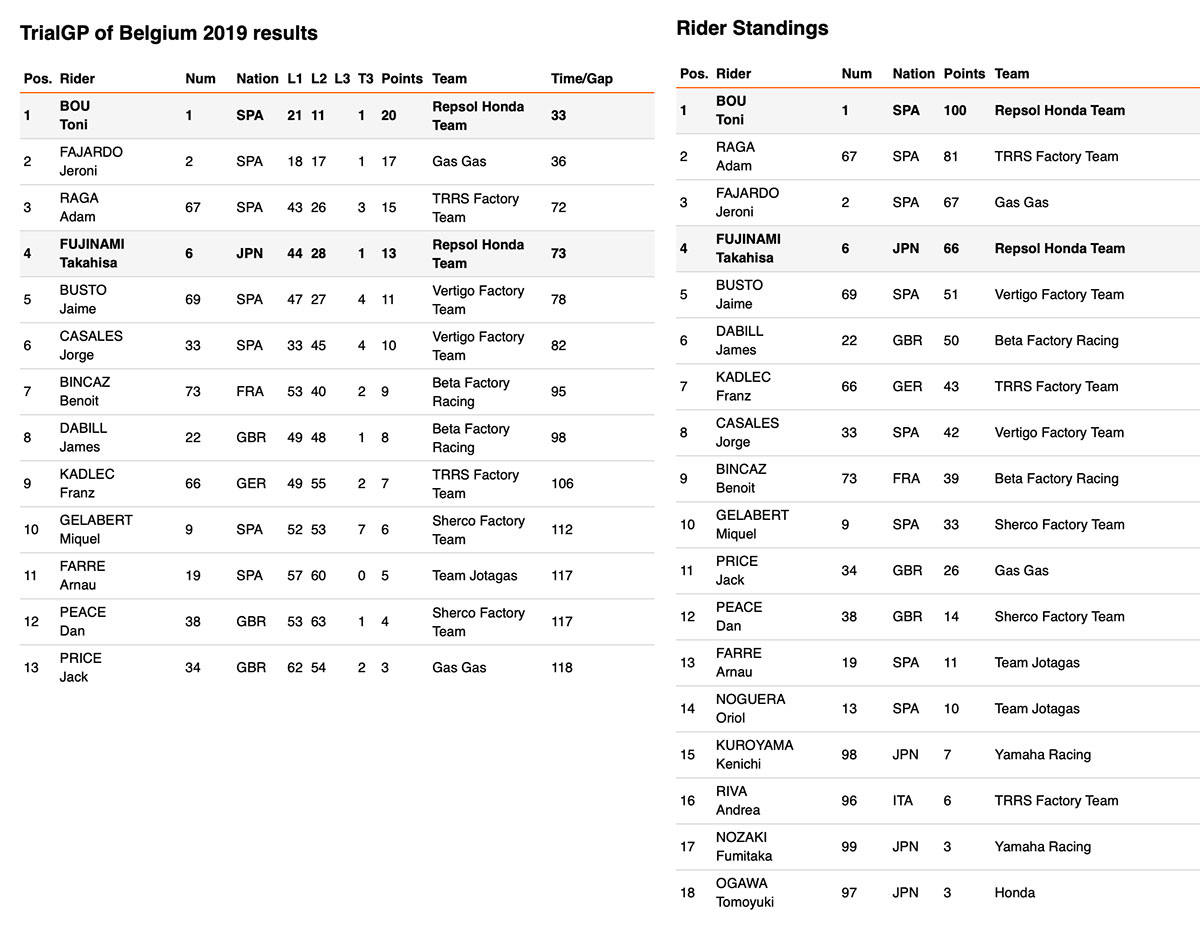