Bobryshev in fighting form ahead of MXGP round three 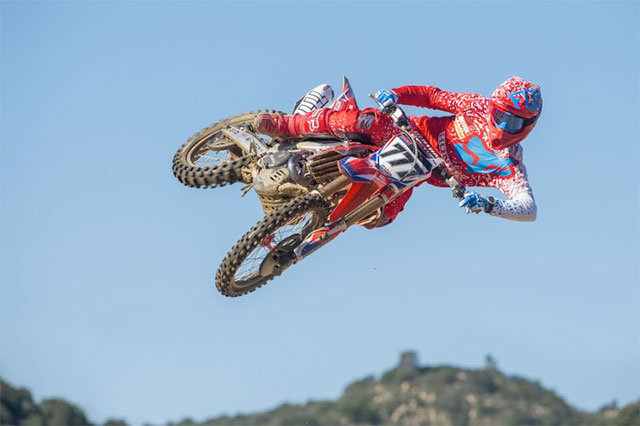 Evgeny Bobryshev currently lies third in the World Championship, but will attack the Grand Prix of Europe this weekend with even more vigour having recently taken a double win in the opening round of the Dutch championship in Axel.

It adds to Bobby‰Ûªs impressive scorecard already this season ‰ÛÒ Italian International MX champion, leader of the Dutch championship, and third in the MXGP standings with third place in the Qatar opener and tied on points for the podium in round two but just missing out on count-back.

Held earlier in the season this year, the Valkenswaard encounter is the first European of the year, sandwiched between a pair of overseas flyaway races. Owing to a bank holiday weekend, the traditional schedule has been shifted one day later with racing happening on Monday 28 March.

"I feel really good at the moment and very comfortable," Bobryshev said.

"The weather looks good so I hope the track should be ok. There are a lot of bikes on track though so I hope they do some extra work to the track during the day otherwise it will be tough. Rui is working with the organisers this year on the tracks so this is a big help for us as we can communicate through him. He is also a rider so he knows what we want, so I hope this will help as last year the track got really bumpy and was very hard.

"Coming back to Europe just for one race is not so easy for the riders and also the teams as we just get back into our home routine before going overseas again, but that‰Ûªs how it is so we deal it. Still, I‰Ûªm excited about this weekend," the Russian concluded. 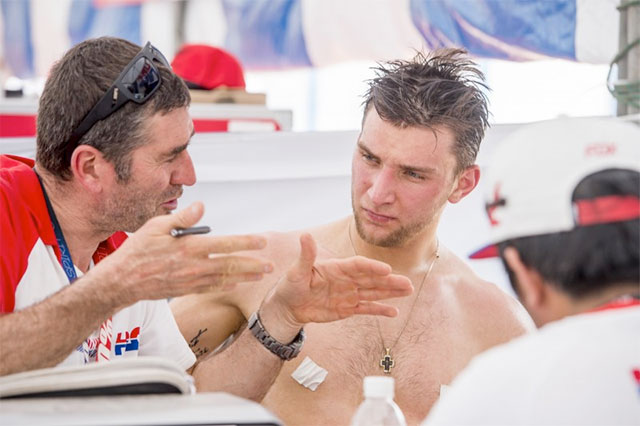 Evgeny Bobryshev and Jean Michel Bayle in Thailand
The 1550m long sand track, located just north of the Belgian border, is known for being tough and physically demanding for the riders, and with an absolutely packed weekend schedule incorporating European and youth series, the track will only get tougher and more rutted throughout each day.

Roger Harvey, HRC General Manager - MXGP, added, ‰ÛÏValkenswaard has changed over the years and it‰Ûªs now sort of hard pack underneath the ground surface. It‰Ûªs different to what we knew a few years ago, but there are so many classes and bikes this weekend I expect it will be very very rough.

"The organisers will have some hard work to manage it I think. We will only run Bobby this weekend as Gautier continues to recover. Bobby‰Ûªs been practicing in the sand recently and won the Dutch championship round so he‰Ûªs got good form, and is on something of a roll after a hard winter of preparation that‰Ûªs paid off and allowed him to build good momentum. It‰Ûªll be a hectic weekend, but I‰Ûªm confident we‰Ûªll see Bobby up there on Monday.‰Û