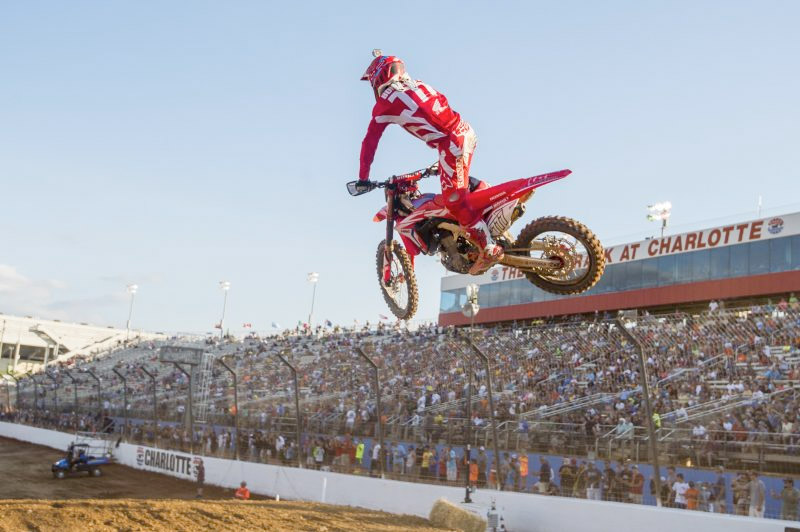 Team HRC‰Ûªs Evgeny Bobryshev and Gautier Paulin will line up behind the gate for the second in the American back-to-back pairing of races this weekend, and the final round of the 2016 MXGP season.

After its debut at Charlotte Motor Speedway Dirt Track last weekend, Bobby will once again climb aboard the all-new 2017 CRF450RW.

On its first outing it very nearly took the Russian #777 to a top-three finish last Saturday. With every outing the team, and Bobby, are learning so much about this new machine and its performance potential, and confidence is high for this weekend in Glen Helen.

‰ÛÏIt was great to run the new CRF in Charlotte last weekend, and now I‰Ûªve got a taste for it and can see even more what it‰Ûªs capable of I can't wait to use it again this weekend." Bobryshev said. "Of course we knew from testing that the bike is really fast, but it always takes some time to learn a new bike in race mode, and I know that the more we use it, the faster we will keep going on it.

"I think we‰Ûªll already be stronger this weekend in Glen Helen just with the experience of last Saturday under our belts, and all this running is helping us a lot in preparation for next year. I like the track too as it‰Ûªs fast and flowing with good ground, so I really want to end this season on a high.‰Û