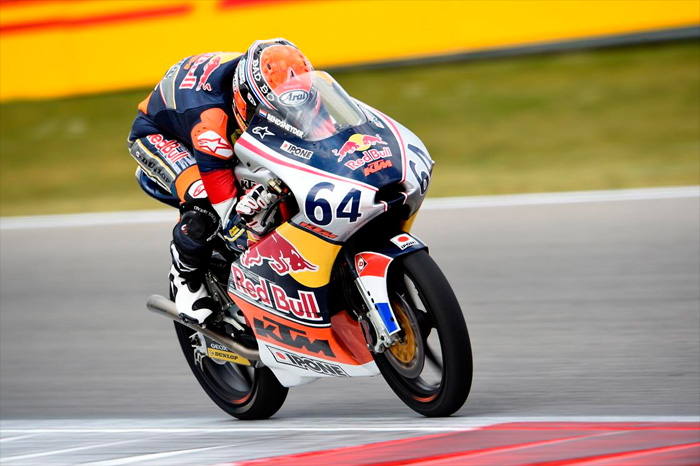 Thursday's practice and qualifying sessions at Assen were all about chasing Bo Bendsneyder.

The Red Bull MotoGP Rookies Cup leader was quickest in all three sessions and in the all important qualifying the 16-year-old Dutchman set an early time 1 second quicker than anyone.

Australian 17-year-old Olly Simpson eventually cut that advantage to under half a second with Italian 16-year-old Fabio di Giannantonio just over a tenth slower and completing the front row.

Bendsneyder admitted that it was a conscious effort to put in a quick time early in qualifying.

‰ÛÏWith the new tyres here they are at their best for about five laps so I went for it and my fifth lap was quickest. I was still riding hard later on but it was more like a race pace than qualifying and I was happy with that also.‰Û