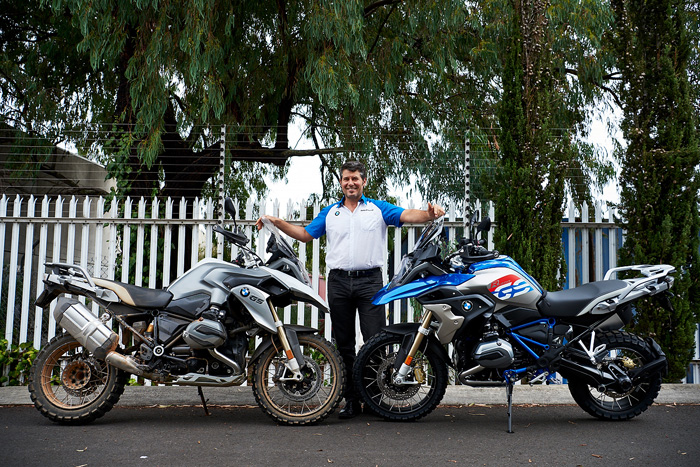 The new BMW R 1200 GS Rallye X will be put to one of the world's great off-road tests in June, taking on the legendary Finke Desert Race in Central Australia.

To celebrate the arrival of the most off-road focussed R 1200 GS yet, BMW Motorrad marketing manager Miles Davis will hop aboard a Rallye X and tackle approximately 465 kilometres of gruelling desert terrain.

"After riding a pre-production version of the Rallye X in the two GS Safari events last year I knew it was a much more off-road focused bike," said Davis.

"I came up with the idea of showcasing this by riding it in Finke and started to get excited about the idea. There are around 500 motorcycles entered in the 2017 event ‰ÛÒ it sold out in less than a day ‰ÛÒ and entrants generally ride lightweight 250cc to 500cc motocross machines, so riding a 200 kilogram-plus R 1200 GS is definitely going to be a bit different."

Preparations are already in full swing, with Davis having completed a pre-run covering the Finke course on a locally-prepared R 1200 GS featuring the sports suspension package that will be standard on the Rallye X.

"The pre run went about as well as I could have hoped for," added Davis. "It was tough physically and mentally, especially because I did both legs in one day.

"In these conditions it takes 100 per cent concentration to pick the right speed for the different sections of whoops. I won't really be treating it as a race, it's an endurance test, so I just need to look after the bike and be as smooth as possible."

The Finke will immediately be followed by a customer ride programme that will traverse the Simpson Desert's 1100 sand dunes, running from Alice Springs to Birdsville via Mount Dare.

"Something this epic trip will really showcase is how capable and versatile the R 1200 GS really is," said Davis.

"On this trip we will have two support vehicles, allowing riders to ride the sandy route without the weight of luggage and extra fuel, so it will be easy and enjoyable.

"Obviously riders thinking about coming along on the BMW GS Tours Simpson Crossing, by BMW Safari, need to be experienced in riding off -road, with a bit of sand experience too. We know that many GS Safari customers are very good riders, so this is a chance for a small group to be part of something very special."