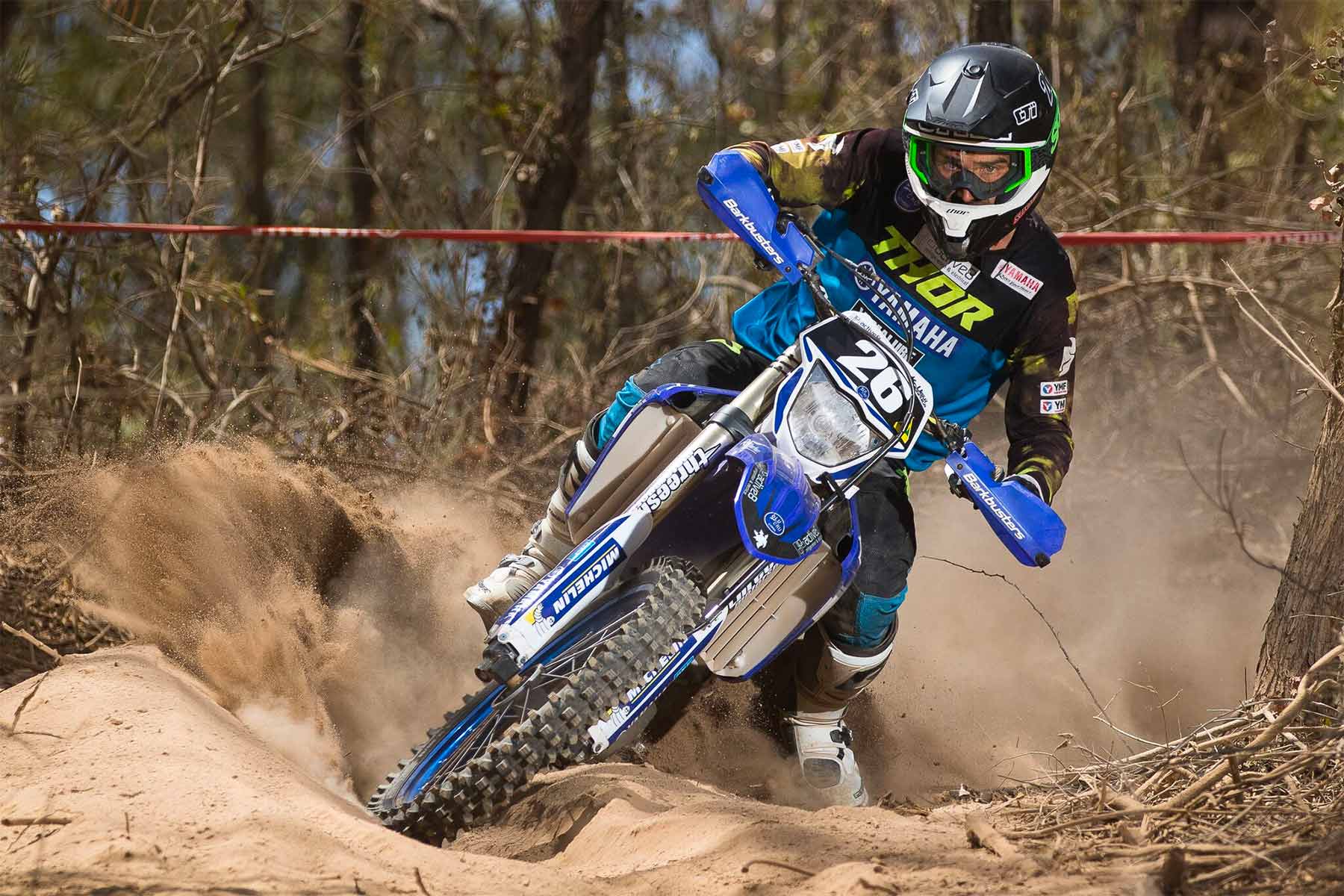 With a win at round one Luke Styke was happy to come out of the weekend healthy and in good shape as far as the championship goes. Photo: John Pearson Media
It was a case of every rider gets a prize for the Yamaha Active8 Yamalube Racing Team riders at the opening weekend of the Australian Off Road Championships with all three riders climbing on the podium after a hectic weekends‰Ûª action at Toowoomba in Queensland.

The long, hot and dry summer that has beat down in South East Queensland in recent months left the Murphy‰Ûªs Creek venue extremely dry and with a over 250 riders entered for the event and a final burst of summer from a scorching sun, conditions were dry, dusty and downright nasty as competitors battled their way through bull-dust filled ruts that lined the course.

Luke Styke picked up where he left off in 2018 and was in fine form as he took control of the E1 (250cc) class from the get go. Styke dominated the class in round one on Saturday, winning every test and taking a comfortable class win and an impressive third outright in a great start to his championship.

Round two on Sunday Styke started the day a fraction off the pace and lost time to his rivals leaving him to play catch up at the remaining tests. He clawed back five seconds in the next test and another second in the third test but his charge stopped there when organisers decided to declare the event due to the dangerous and dusty conditions.

‰ÛÏI would to have liked to have won every test and take the win on both days but I made some mistakes in the first test on Sunday and lost 11 or 12 seconds,‰Û 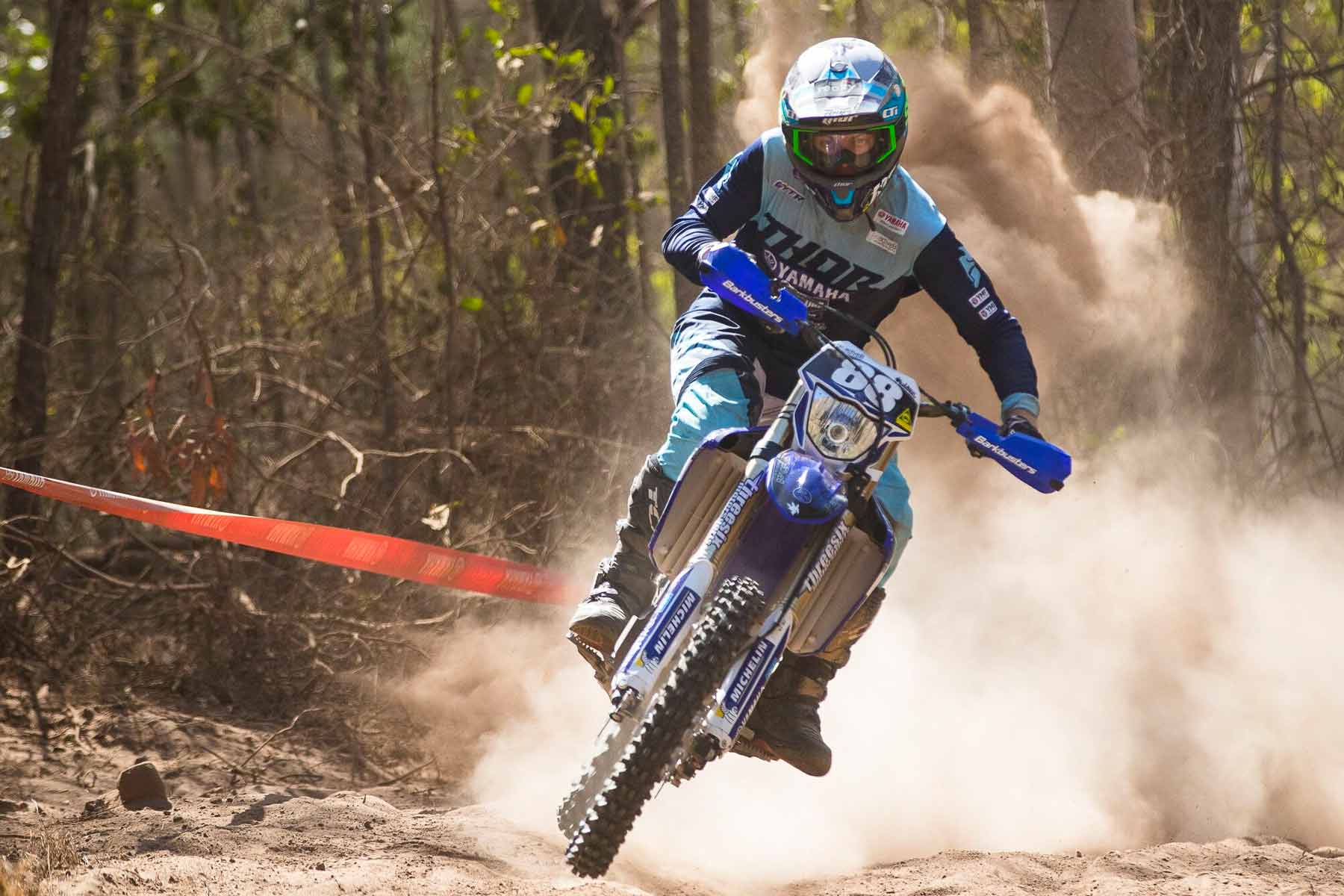 Michael Driscoll impressed in his E1 debut. Photo: John Pearson Media
Also climbing onto the podium in the E1 class on both days was team mate, Michael Driscoll, who finished third on each day. Driscoll, in his E1 debut, put in a strong performance all weekend and was right there with the heavy hitters of the E1 category. He was never outside of the top three in class all weekend and finished sixth and seventh outright each day.

The two time Under 19 champ adjusted well to the conditions and continues to show he is a star of the future in the off road game with his mature riding and determined attitude.

‰ÛÏThe weekend was a great start to the championship for me with two good results and some consistency across the whole weekend. I was a little off Luke and Lyndon in a couple of the tests, but it gives me plenty of motivation to keep working on my riding and get onto the level of those two and battle for the championship.

‰ÛÏBut I am really happy with the progress I have made over the off season and I feel like I‰Ûªm on the right path. Thanks to Josh Green for his help and also to the team fore their support and hopefully this is the start of a great year for us all.‰Û 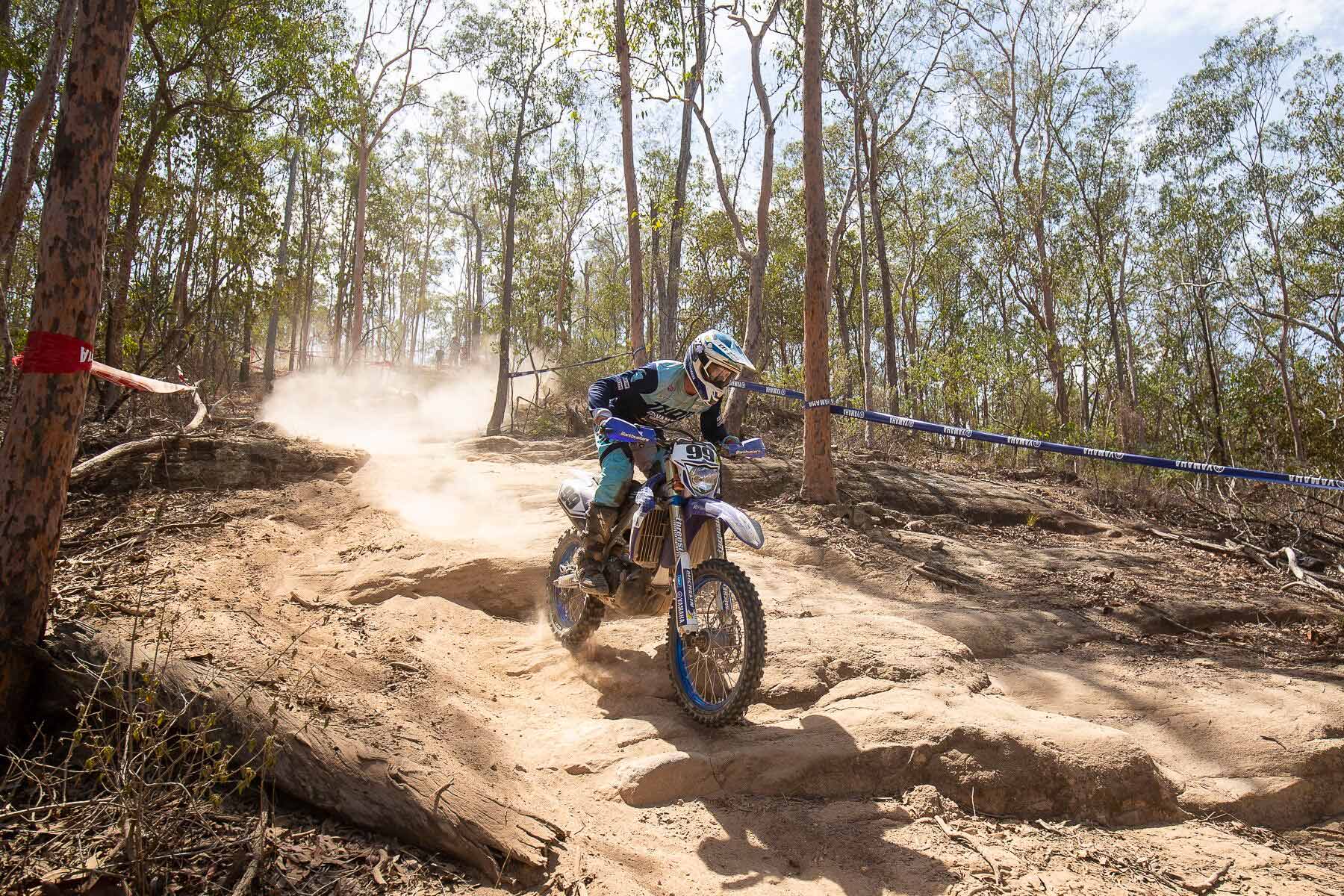 The weekend also proved to be a great hit out for the all new machine and it came through with flying colours. The team learned the WR450Fs performance and reliability is as good as ever and Green was super happy with how it behaved out on the course.

‰ÛÏOn the podium both days and inside the top five outright so it was a pretty good start for me to the championship. The new WR450F went exceptionally well all weekend and we had no issues with it whatsoever. I can‰Ûªt fault the bike at all as its power and handling were impressive in terrible conditions.

‰ÛÏFor me, I still need to work on bridging the gap between myself and Daniel. He is riding really well at the moment, but I have to chip away at the extra speed he has and try and match his race intensity for longer at each round. He is a world champion so it‰Ûªs a tough ask but I want to improve, and he is certainly the guy to chase at the moment,‰Û 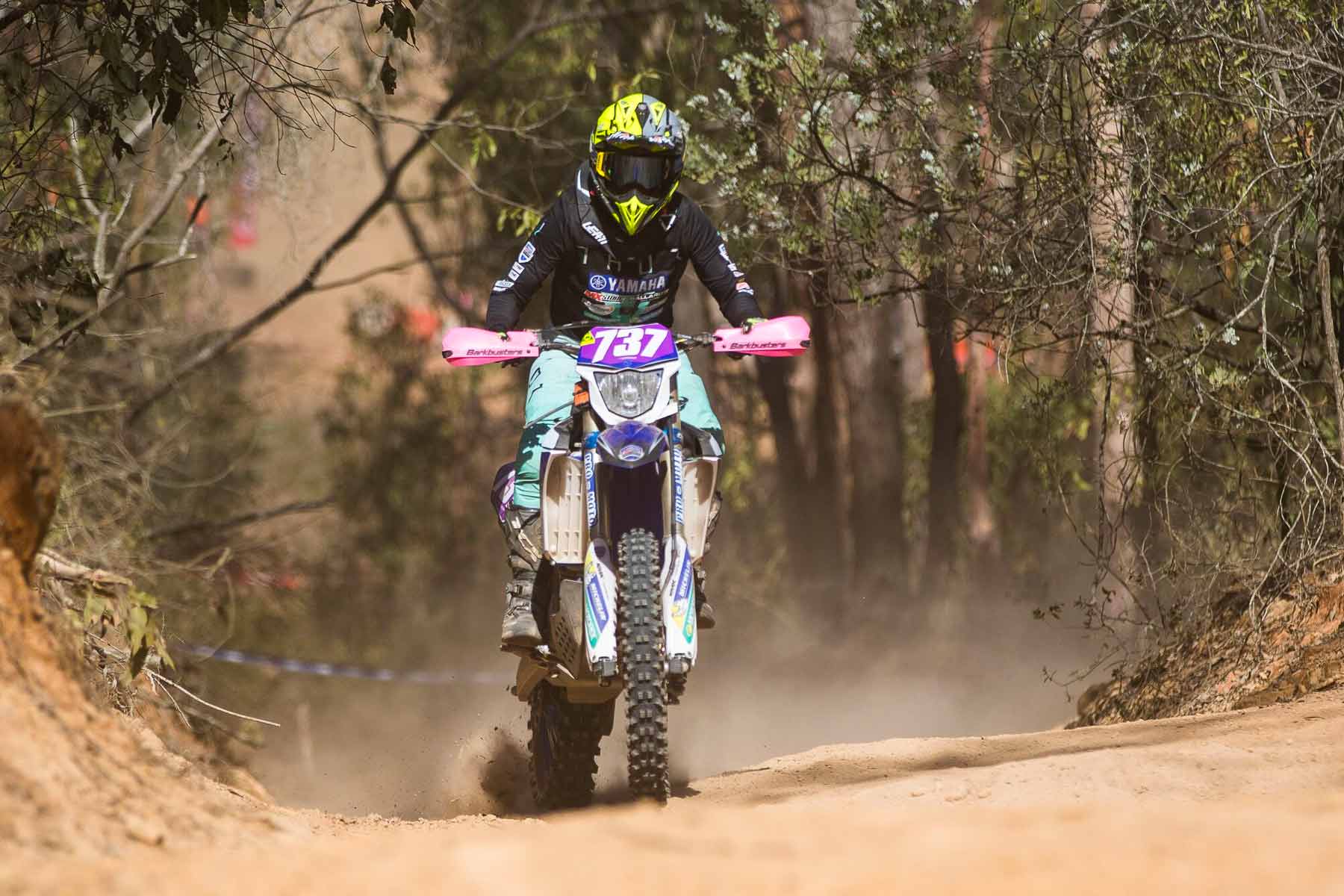 In the Junior division, Blake Hollis cleaned up with a 1-1 display in the EJ4 class on his YZ250FX. Hollis won this class last year and is looking good to go back to back in 2019. Other strong performances came from Jeremey Carpentier who finished third in the E2 division on both days. He was also mounted on the 2019 WR450F while Emilie Karlsson landed on the podium in the Women‰Ûªs category.

The championship now moves to Dungog in New South Wales for rounds three and four. 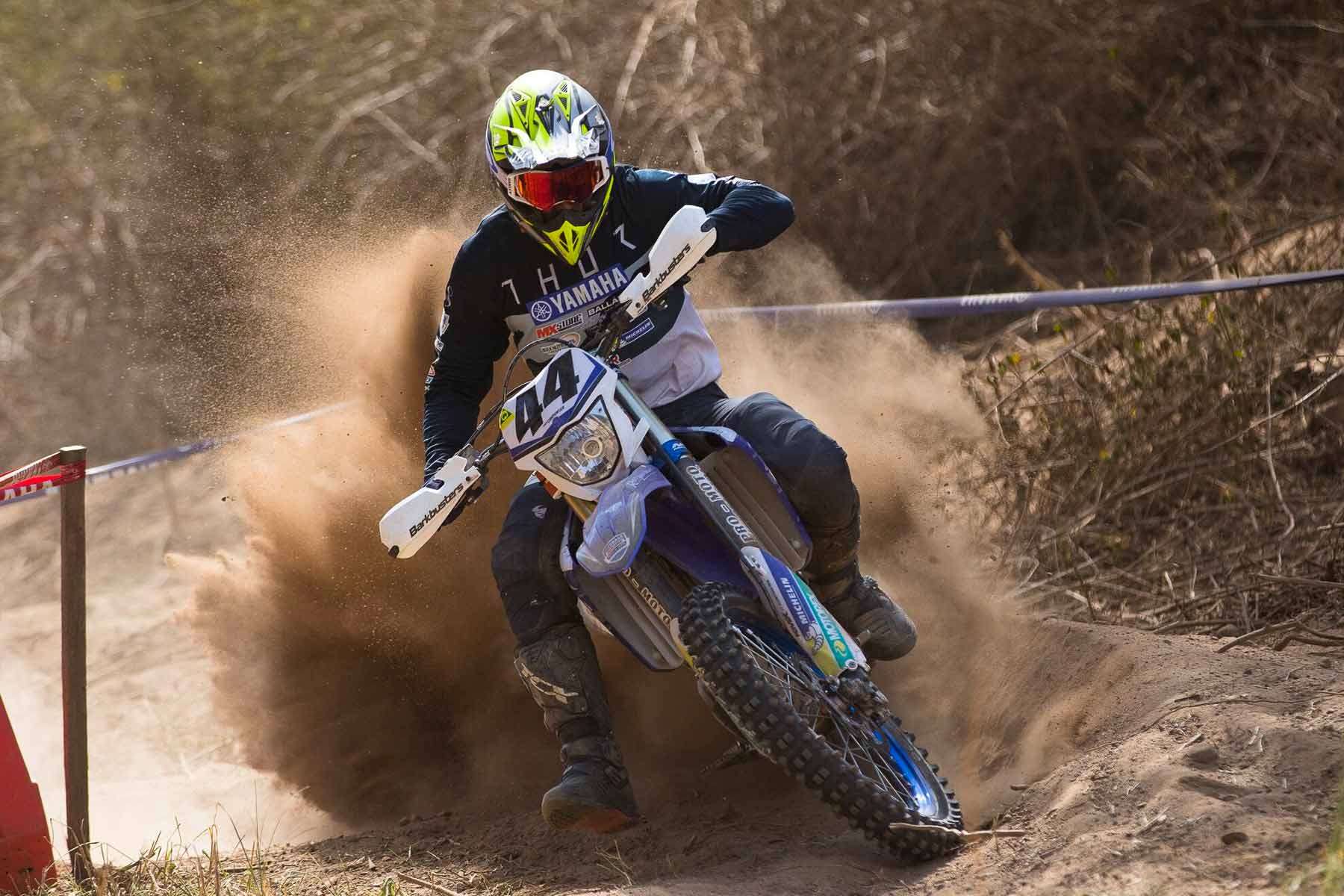