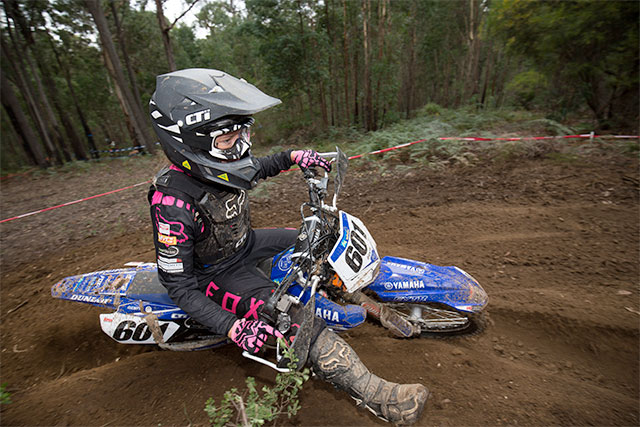 It was a positive start for Yamaha supported riders at the opening round of the Australian Off Road Championships (AORC) with the ‰Û÷bLU cRU‰Ûª riders bring home plenty of silverware including class victories and podium results.

Held in wet conditions in Rawson, Victoria, a large contingent of Yamaha riders made the most of the difficult conditions and got their season away to a good start.

16 year old Michael Driscoll dominated the U19 division winning both the X- Country event held on the Saturday and then backed that up with another victory in the Sprint Format racing on Sunday. Driscoll‰Ûªs early season form since changing over to off road from motocross has been sensational and he couldn‰Ûªt have gotten his year off to a better start.

Jemma Wilson assumed her position as the queen of off road racing again dominating the women‰Ûªs class on her YZ250FX. Wilson continues to be the pace setter in the Women‰Ûªs class and shows no signs of slowing down.

Sharing the podium with Jemma was fellow Yamaha mounted, Emelie Karlsson. Karlsson was third on the opening day and improved one position to take second place on Sunday in a great Yamaha showing from the girls.

Active8 Yamalube Yamaha‰Ûªs Wil Ruprecht produced his best performance to date winning the hotly contested E1 class (250cc). Since joining the Active8 Yamaha team at the start of the season, Ruprecht racing has progressed considerably and he is now challenging for outright podium results. 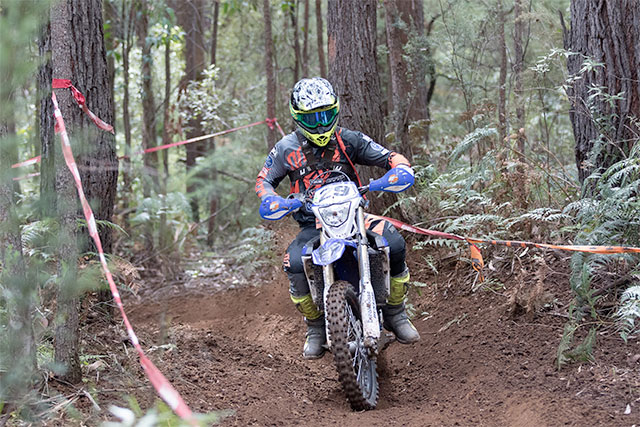 Stefan Granquist takes a podium in the hotly contested E2 division. Credit: John Pearson
Third in the E1 class was Scott Keegan who was consistent all weekend but felt he was below his best and will be looking to make improvements for the following rounds.

Josh Green sits in second place in the E2 category just ahead of fellow Yamaha riders Stefan Granquist and Riley Graham who both had good weekends at Rawson, while Beau Ralston is fourth in the big bore E3 division.

‰ÛÏIt was a good effort by all the Yamaha riders at the opening round of the AORC under difficult conditions,‰Û