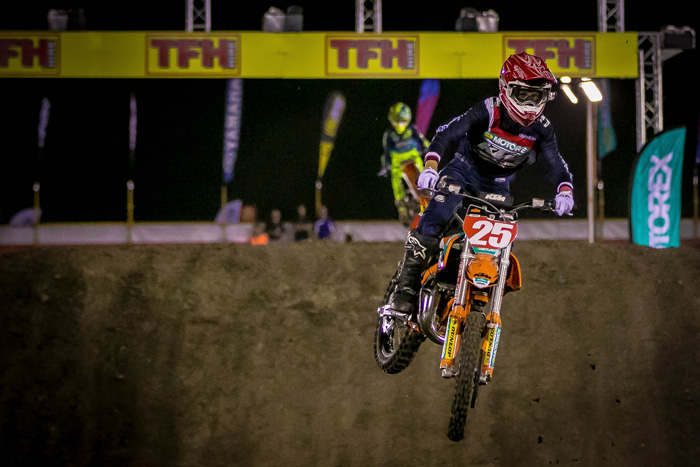 KTM Factory Junior Racing Team rider Blake Fox has ensured his name will forever be first on a page of Australian motorcycle racing history, as the winner of the first-ever Official Australian 85cc/150cc supercross title.

KTM 85 SX-mounted Fox sealed the deal at last weekend‰Ûªs muddy final round of the Australian Supercross Championship at Jimboomba, in Queensland, where he finished in equal second on points behind KTM-mounted runaway Kiwi winner Brodie Connolly, who reveled in the conditions.

Finishing with 2, 3, 4 race finishes, Fox was awarded fourth on countback for the night, behind Zack Watson and Jake Kowall.

Making the achievement even more impressive is the fact that the 13-year-old from Dubbo was competing in his first-ever season of supercross racing - a detail which didn‰Ûªt stop him winning 7 of the 12 races.

In his last ride on the KTM 85 SX he‰Ûªs all but outgrown, Fox entered the round with a 27-point lead and encountered the wettest and muddiest supercross racing conditions seen in Australia in many a year. 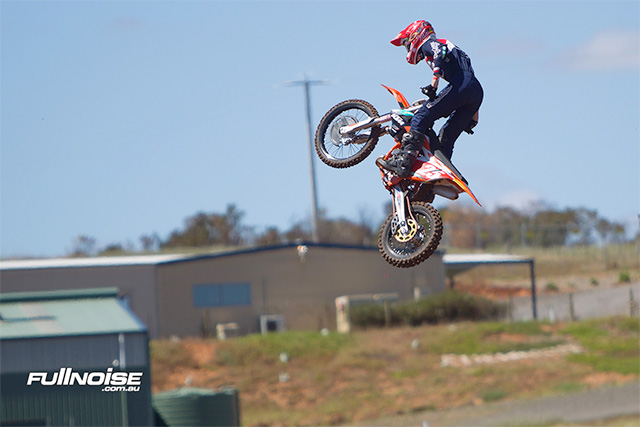 Blake Fox at Bacchus Marsh. Credit: Garry Morrow
He accrued a remarkably consistent points-haul for the evening though and came out a 12-point victor in the championship. The championship saw an all-KTM top four, with Fox winning the crown from Brodie Connolly, ahead of Jake Kowal and Lachlan Winchester.

‰ÛÏThis is the first year they‰Ûªve really had a championship for us juniors, so to win that in my first year is cool." Fox commented. "They were tough conditions to finish it off in at Jimboomba, but we really only had to finish the races to win, so we were just trying to keep it on two wheels and hoping nothing random happened in all the mud. They were really tough conditions, I think pretty much every pro crashed.

"I had three little slip-overs - it was one of the hardest races I‰Ûªve done in my life. You‰Ûªd go through a rhythm section and you could hardly see the top of the jumps because they were all covered in water.

"I loved racing supercross this year. I feel like it really suits my style. It‰Ûªs a lot different to motocross and I like all the big jumps and rhythms the different techniques you have to use. You‰Ûªve gotta‰Ûª be focused the whole time though because one little brain fade and you‰Ûªre probably going to hit the deck hard.

"I‰Ûªll be on junior Lites in Supercross next year - I‰Ûªm loving the KTM 250 SX-F. I‰Ûªve been training on it lately and I feel pretty good on it already!‰Û