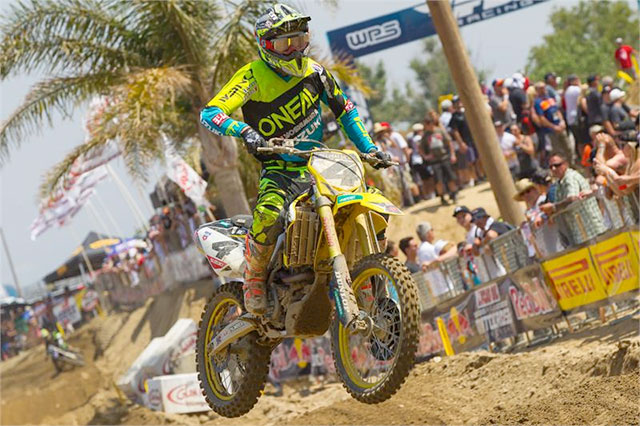 Yoshimura Suzuki Factory Racing‰Ûªs Blake Baggett made a surprise appearance aboard his Suzuki RM-Z450 at the second round of the Lucas Oil Pro Motocross Championship Saturday at Glen Helen Raceway in San Bernardino, California, Last weekend.

Just four-and-half days after surgery to plate and screw his collarbone, Baggett originally thought he would wait until High Point on June 18th to return, but leading up to Saturday‰Ûªs race in San Bernardino he felt good enough to go out and give it a shot. He bravely charged through the field after an early tumble and finished 16th in the first moto, but elected to not race moto two.

Baggett‰Ûªs team-mate James Stewart ran in practice and actually ran 15th in timed qualifying, before discovering the shoulder he injured at Hangtown last week was still too tender to try to ride an entire moto.

Fans were pleasantly surprised to find Baggett suiting-up and taking to the hilly Glen Helen track. Baggett himself was amazed how well his shoulder felt having undergone surgery on Monday evening. He ran 14th in timed qualifying and decided to go ahead and see how he felt racing.

Baggett got a strong start out of the gate on the longest and fastest start straight in the series. But while running among the leaders early in the lap, he got on the gas a little too strong coming out of a tight turn and ended up falling in front of nearly the entire 40-rider field.

‰ÛÏThat was an awesome start, probably the best I‰Ûªve had in years of racing outdoors,‰Û 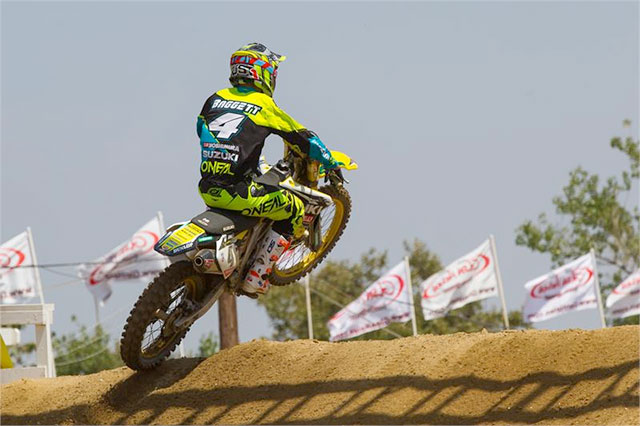 Blake Baggett in action at Glen Helen
James Stewart also tested the waters at Glen Helen, but after practice and timed qualifying, felt he needed more time to heal and decided not to race.