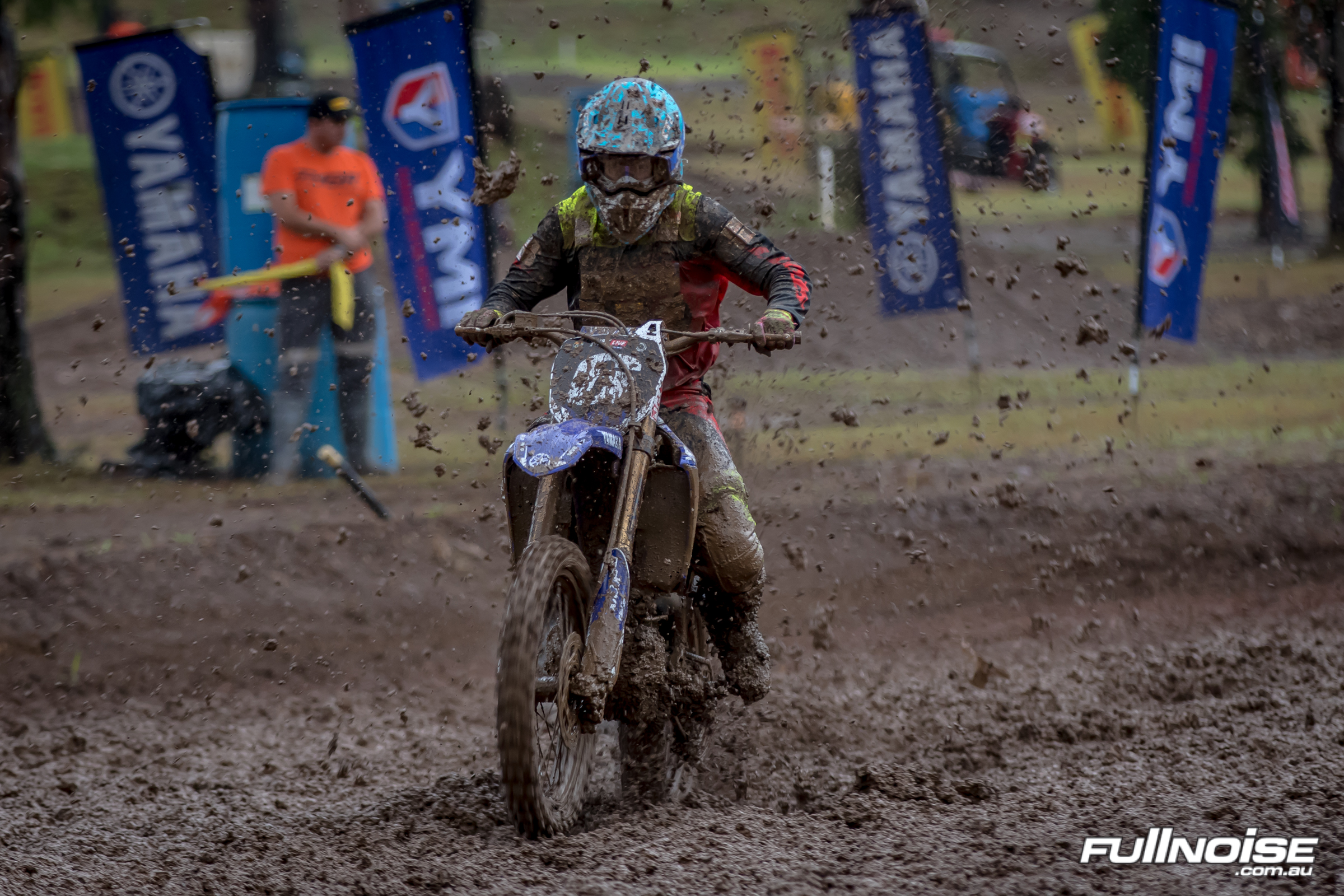 The opening round of a rain-soaked Pirelli MX Nationals threw plenty of challenges at the Yamalube Yamaha Racing team riders of Jay Wilson and Richie Evans but both can take the positives from the weekend and look forward to a successful 2019 championship tilt.

With rain falling continuously during race day as well as some heavy lead up falls, the often well groomed and prepared Appin Motocross track turned into a mud bath of epic proportions that made circulating a challenge. Because of the difficult conditions, organisers altered the format to one round in a winner take all moto for each of the championship classes.

When the clouds gather, Jay Wilson begins to smile, and he quite enjoys the playing in the mud on his dirt bike. His history of results show he is a very capable mud rider and that was cemented with his second place in qualifying and his attitude in general about the conditions.

Wilson launched out of the gate rocketed into the first turn, demanding the lead of the one and only MX2 (250cc) race. He took control of the race by turn two and settled into a good pace as the pack behind sorted themselves out. By the midway point in the 18-minute plus one lap moto, Wilson had cleared out to a 20 second advantage and kept everyone at arms-length.

Then on the second last lap and well into lapped traffic, Wilson lost valuable time when a downed rider was in his path and the deep ruts and mud made it difficult to change lines or direction. Suddenly his lead was back just a handful of seconds, but the conditions made communications between the team and the rider difficult and Jay was unaware of how much the gap had been closed.

He was passed on the last lap as he was just trying to bring it home safely. As a result, he finished the race in second place and although frustrated, he understands this is a long championship and a lot more points and rounds to be won.

‰ÛÏIt was a strange set of circumstances that lead to us finishing second and as a team, everyone was a little disappointed in the outcome given we have such as good lead,‰Û 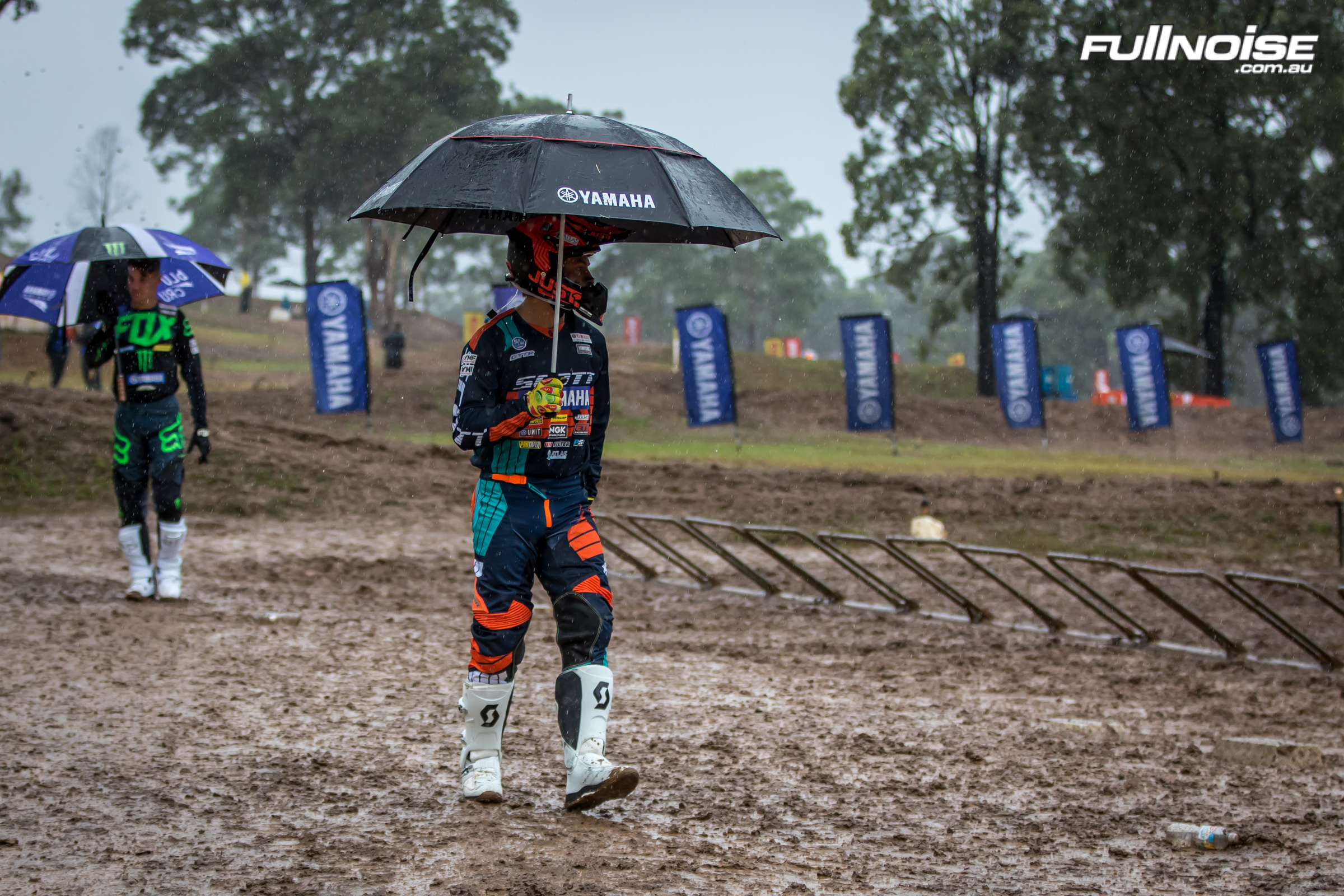 Now in the MX1 class on a Yamaha YZ450F, Richie Evans was more than ready to do battle with the premier riders in Australian motocross. His lead up form has been exceptional but no one was ready for conditions like Appin and once he fell on the opening lap of his shortened six lap moto, it was always going to be difficult to get back to the sharp end of the field.

Evans was just inside the top three as the charged off on the opening lap but a fall in some deep mud soon had him way behind the pack and trying to get himself unglued from the track. With mud all over his hands and gloves as well as limited vision, he was soon into the mechanics area for a change of gear.

He then re-entered the track and in the few laps he had left, moved his way into 15th place by race end.

‰ÛÏThe result today wasn‰Ûªt what I was after, but the conditions threw up all sorts of challenges. It was hard work out there today,‰Û