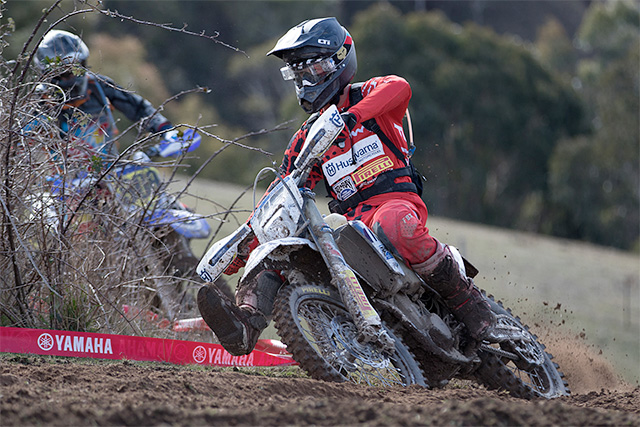 There was mixed emotion for Husqvarna Off-Road Team lead rider Lachlan Stanford as he weighed up the fortunes of racing at the conclusion of this year‰Ûªs Yamaha Australian Off-Road Championship finale at Omeo last weekend.

Stanford was extremely pleased to have just registered his career-highest AORC outright finish in third, but his joy was curtailed at having missed out on his first E3 championship ‰ÛÒ literally by the narrowest possible margin.

A round earlier, the 26-year-old from Byron Bay had pulled out all the stops at his ‰Û÷home‰Ûª track at Kyogle, finishing as close to tearaway championship leader Daniel Milner as anyone had with second outright, and regaining the big-bore championship lead on his Husqvarna FE 501, from rival Lyndon Snodgrass.

At Omeo, however, he wasn‰Ûªt able to repeat the dose, and despite his best efforts he finished Saturday‰Ûªs round second in class behind Snodgrass and third outright. He risked even more on Sunday, but the gamble never paid off and after what he describes as the ‰ÛÏbiggest crash I‰Ûªve ever had‰Û