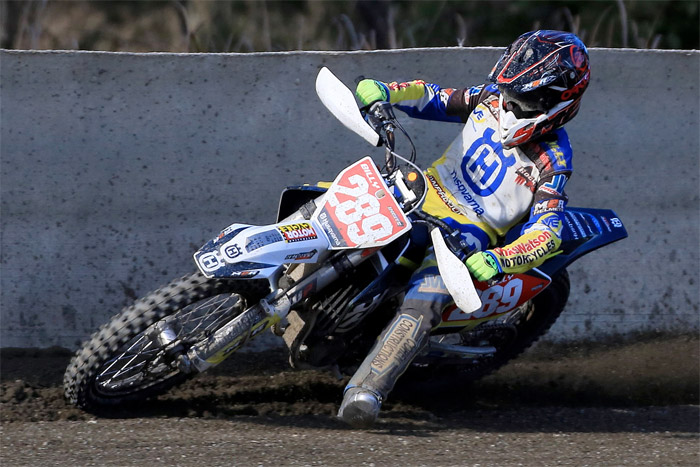 Van Eerde was unstoppable in the 250cc 13-16 yrs crown, winning from Mackenzie Childs and Kye Andrews aboard his Husqvarna FC250.

He backed up aboard the same machine to win the combined 125cc / 250cc title, again leading home Childs and Andrews.

Only the 125cc crown evaded the rampaging Husqvarna rider, who, despite a last corner passing attempt was forced to accept second behind Mackenzie Childs, and ahead of Isaac Hawes.

‰ÛÏIt takes a little bit to sink in; you don‰Ûªt really realise you‰Ûªre a state champion until you get home." Van Eerde commented.

"I was disappointed to get second in the 125, I was pretty close, and like North Brisbane I tried to pass him on the last corner. It was fun but.

"It was very technical, but I kind of like the technical stuff so that was okay. Most tracks have a dogleg right-hander that isn't that sharp, but on this one the right-hander is nearly a 180. It gets pretty slippery, so it‰Ûªs tricky to control the bike there. There were some really fun battles between Mack Childs and Ky Andrews and all that, and in one race I came from last to first, which was fun.

"The bikes were really good this weekend. We put a few different front tyres on the 250 and 125, and the bikes just handled really well through the slick conditions. The 125 is pretty good, the 250 is still stock! Just with the FMF pipe, and it can still pull holeshots, so that's pretty good," he concluded.