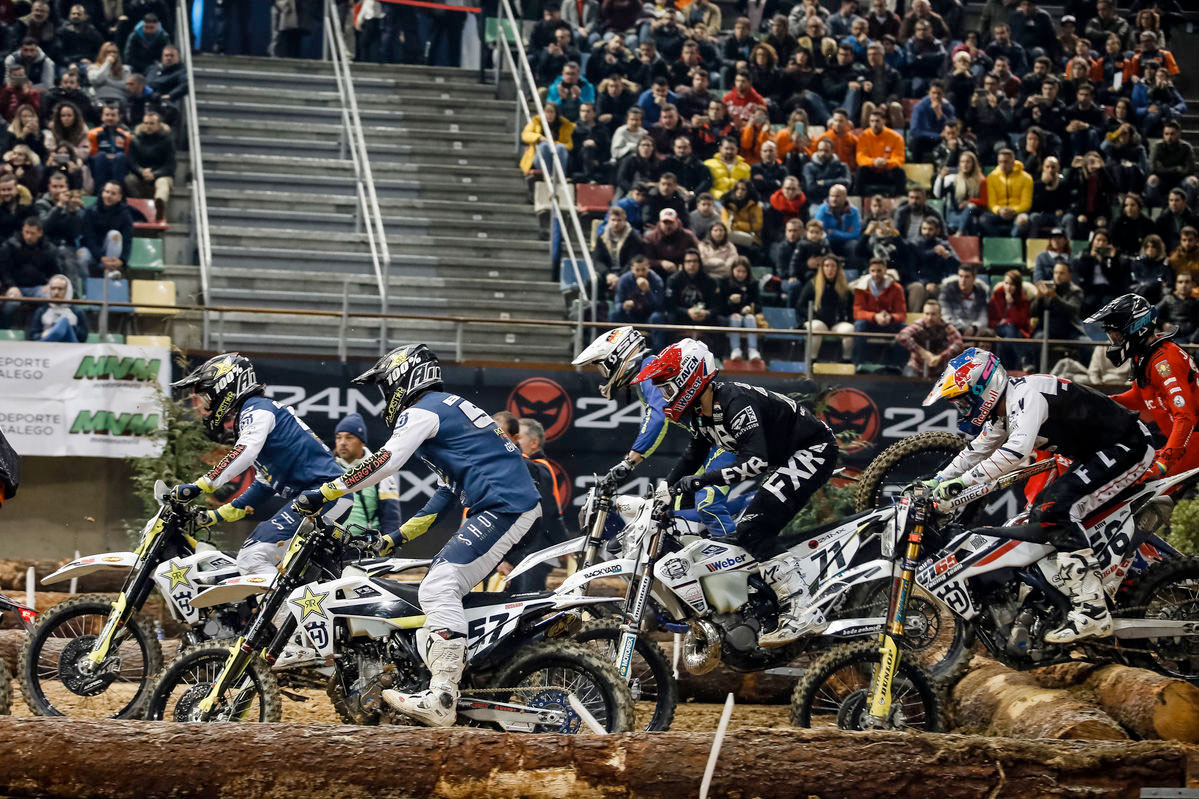 Things get crowded in turn one at the third round of the FIM SuperEnduro World Championship in Spain. Photo: Future7Media
<span class= ‰ÛÏdropcaps‰Û 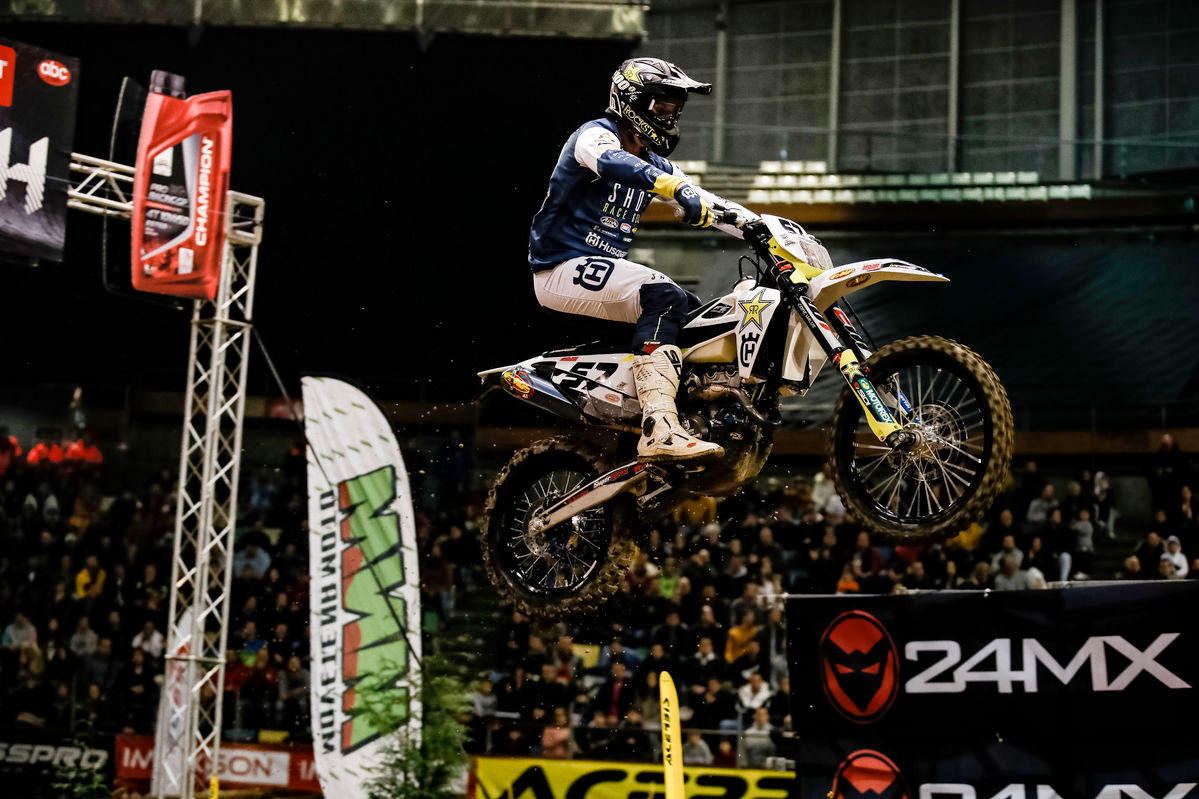 Disappointed with his performance last time out in Germany, Bolt arrived in Spain eager to make amends and deliver a redeeming result. Photo: Future7Media
In race two the riders have to face a ‰Û÷reverse grid‰Ûª, but Bolt didn‰Ûªt waste much time getting past early leaders Pol Tarres and Diogo Vieira. While Bolt made his escape, Blazusiak and Walker found themselves stuck in traffic, and despite Bolt suffering a fall, he kept out of reach as he crossed the finish line and took the chequered flag. Three laps from the end of the race, Blazusiak was only in 8th position, but his fighting spirit came to the fore, and he battled back to an important 4th. Jonny Walker took 2nd and Alfredo Gomez third. 2019 Junior Champion William Hoare performed well to complete the Top 5.

Determined not to let Bolt get too far ahead in the standings, the two KTM riders pulled off fantastic starts in the last race. Blazusiak was leading Walker while Bolt was further back. But on the second lap, Blazusiak went down, letting Walker shoot past. It seemed as if Taddy‰Ûªs team-mate was finally on for a race win, but a mistake cost him near-certain victory. In the end, no-one could stop Bolt as he charged through for his 3rd victory of the evening. Jonny Walker and Taddy Blazusiak completed the top three in the final race. Billy Bolt now has 169 points in the standings and takes over at the front of the championship by 6 points ahead of Blazusiak. Walker is 33 points back, but not out of the title chase. Gomex is now fourth, 10 points from Walker. 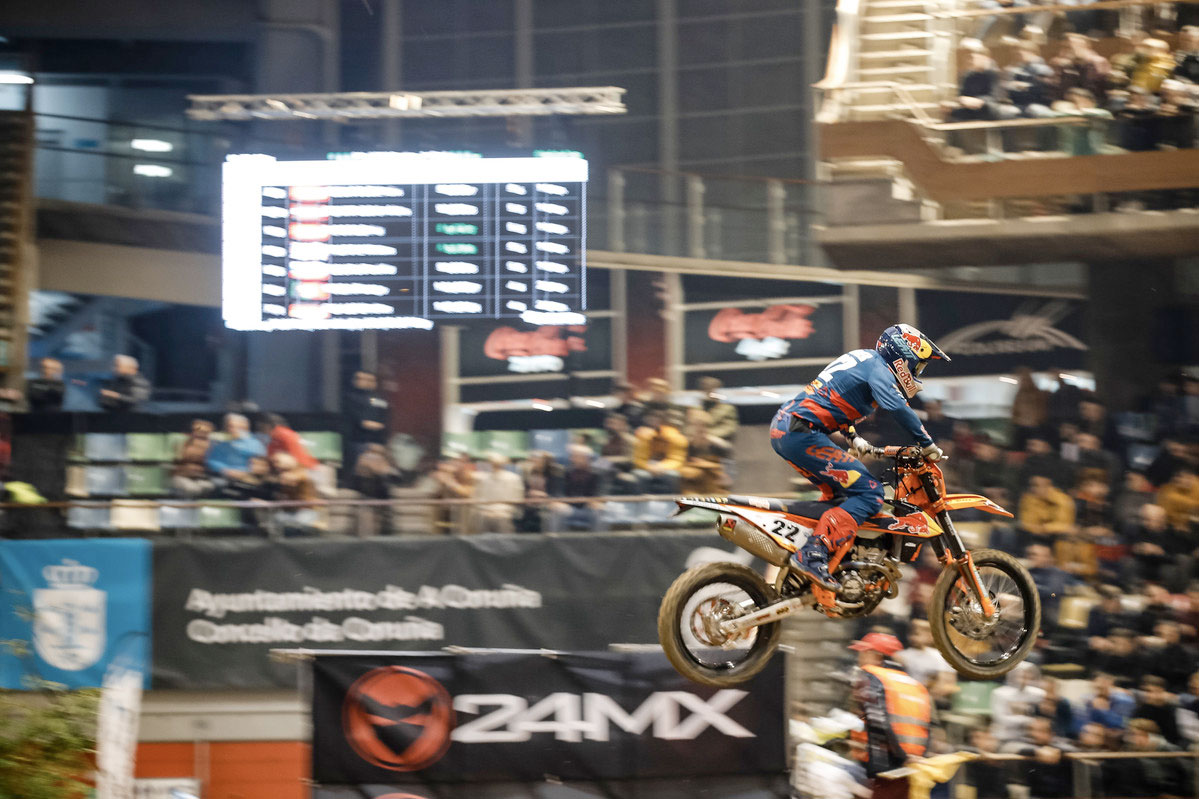 Delivering his best result of the series to date with second, Jonny Walker took another positive forward step in returning to his best having missed the 2019 indoor season due to injury. Photo: Future7Media
‰ÛÏTaddy set the bar high in Germany, and I didn‰Ûªt perform well at all, so I really wanted to take ‰Û÷revenge‰Ûª here in Spain tonight and pull back some points in the championship,‰Û 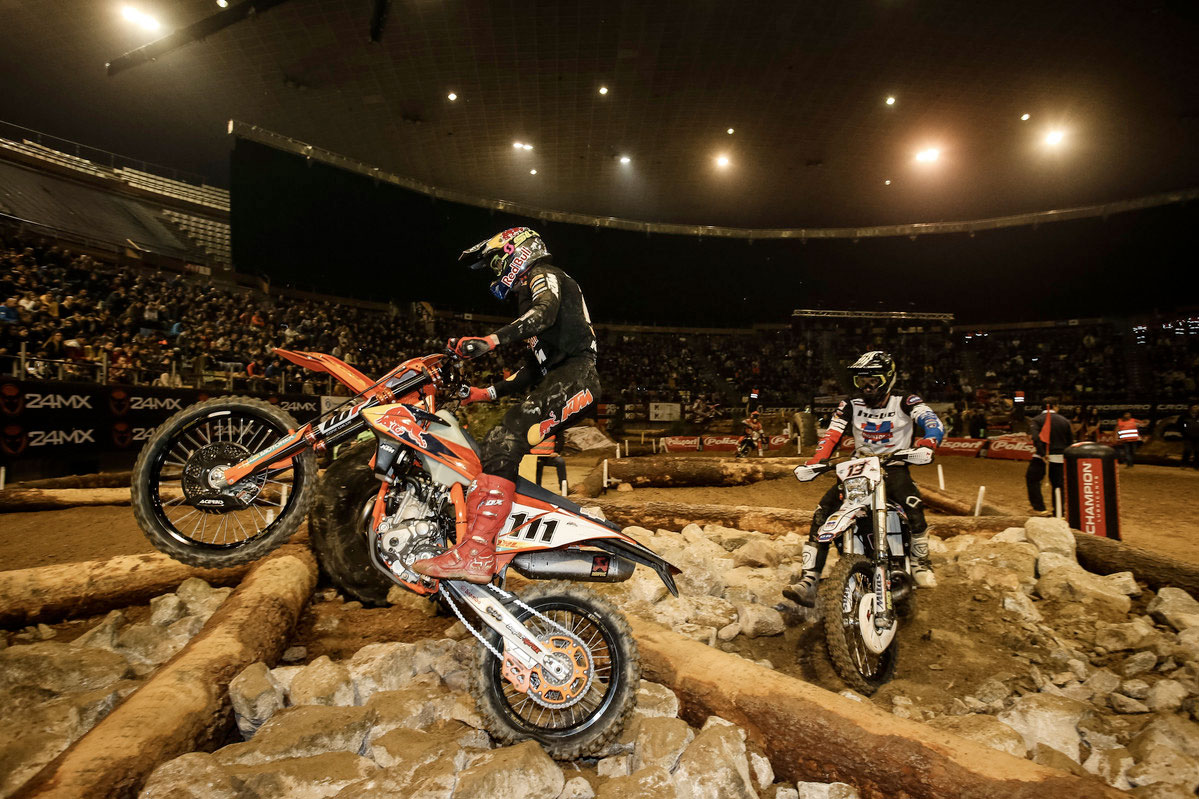 Hoping to build on the winning result he earned last time out in Germany, Taddy Blazusiak didn‰Ûªt have the night he hoped for in Spain. Never quite getting his best out of the technical course, numerous uncharacteristic mistakes hampered his progress. Photo: Future7Media
Prestige Class: