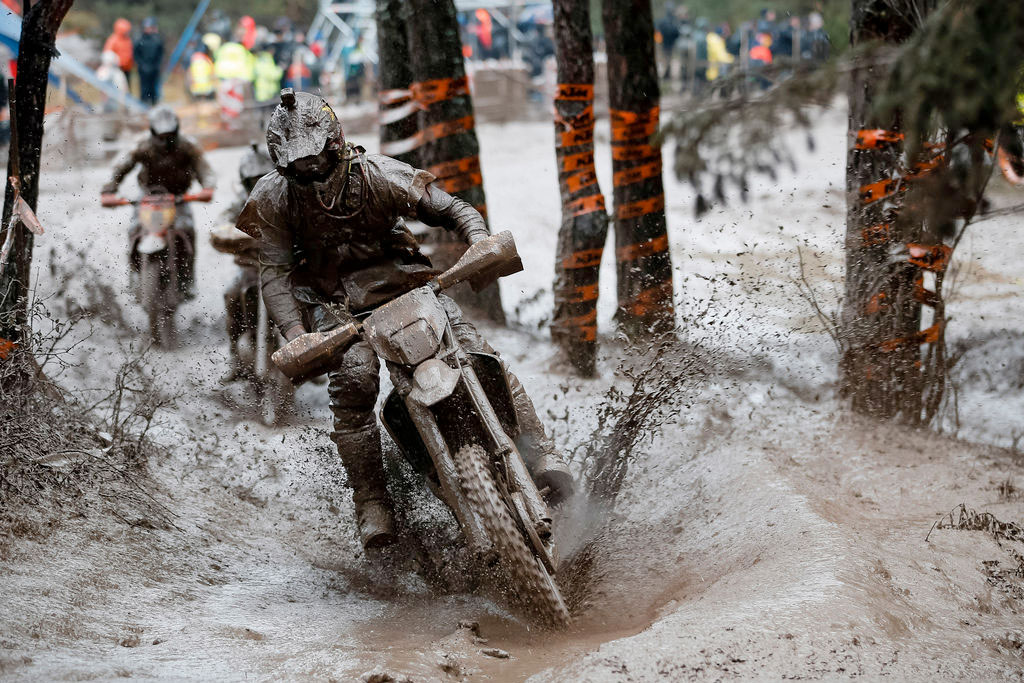 Battling his way to a hard-fought 13th place finish at round seven of the series ‰ÛÒ the Gotland Grand National in Sweden ‰ÛÒ Bolt now heads to the series finale in The Netherlands with the World Enduro Super Series title firmly in his sights.

Putting in an incredible performance, Swede Albin Elowson was the overall winner of the race, claiming his debut victory at the Gotland Grand National.

Over 3000 riders took to the start of this year‰Ûªs Gotland Grand National, marking the 35th edition of the Swedish classic. Heavy overnight rain continued into Saturday‰Ûªs race day ensuring an extremely wet and muddy three-hour competition.

Aiming to maintain his WESS championship advantage, Bolt was determined to put in a strong performance in the mud despite facing strong opposition from many of Sweden‰Ûªs top riders and Gotland Grand National specialists. However, numerous issues and crashes on the opening lap resulted in Bolt being forced to pit for repairs to a damaged throttle tube.

Slipping down the running order, the Brit pushed hard to battle his way back into contention. Steadily working his way forward with each passing lap, he eventually finished an impressive 13th to extend his lead in the championship chase.

‰ÛÏIt‰Ûªs been a really hard race, much harder than we initially expected when we first arrived in Gotland," Bolt said. "The consistent rain from Friday onwards turned the entire track into a mud pit and from the very beginning it was a real tough battle.

"I had an ok start but then a really bad opening lap. A rider crashed in front of me and as I stopped to avoid him someone else crashed into me from behind and we all were stuck in a puddle. I got going again but got mixed up in another crash and went down again ‰ÛÒ that‰Ûªs when I broke the throttle tube. I tried to fix it at the side of the track but lost so many places as a result and had to pit on lap one to repair the damage. When I got going again I had to push to recover. Although 13th is not the result I wanted, considering the issues it was a good result. With my championship rivals also not having the best of days I still managed to stretch my lead at the top of the standings as we now look towards to the final round of the championship at Knock Out.‰Û