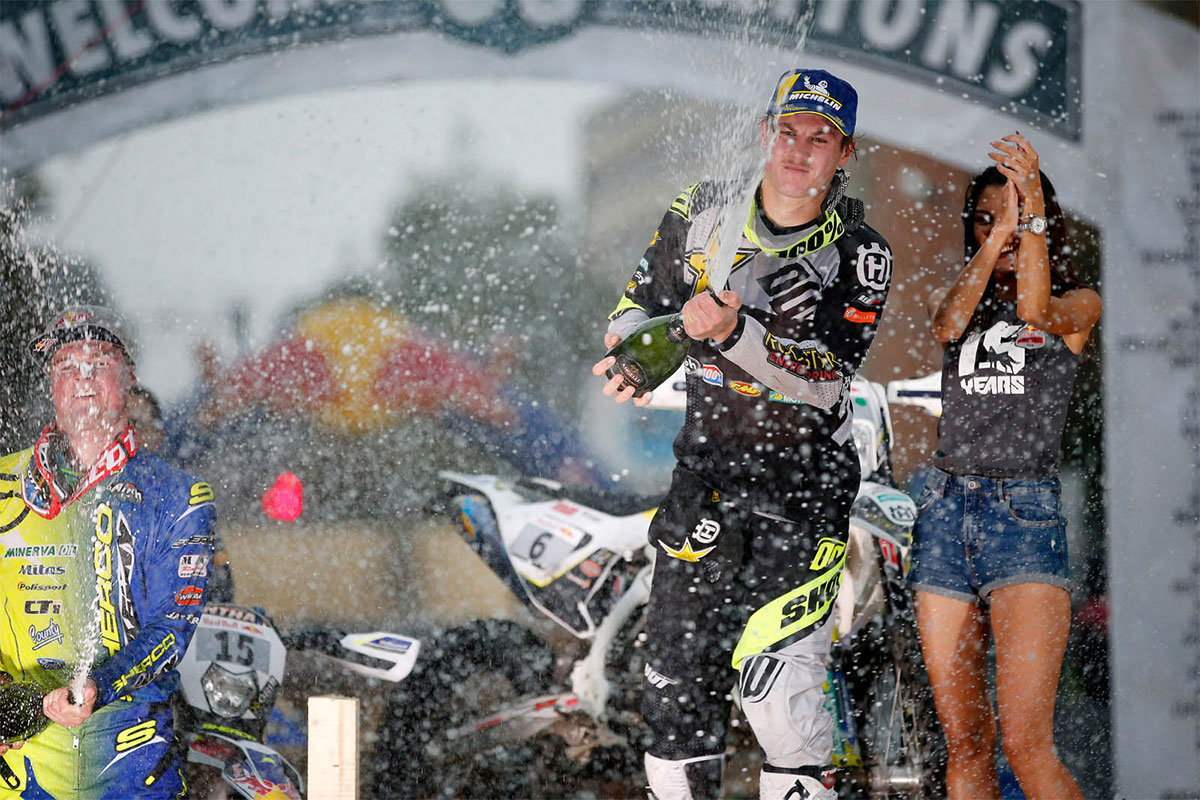 With the streets of Sibiu lined with thousands of Romanian Enduro fans, the Bolt claimed a start-to-finish win over South African Wade Young in second and Taddy Blazusiak third.

With three action-packed finals set for the evening, it was Brazil‰Ûªs Gianino Coscarelli who claimed the Bronze class victory, while Austria‰Ûªs Dieter Rudolf proved the rider to beat in the Silver category.

Following a wet and slippery morning of qualification for the competitors representing 53 nations in the 15th edition of the Red Bull Romaniacs, the sky cleared come race time and all three finals were treated to dry conditions.

Setting the fastest time in qualification, Germany‰Ûªs Manuel Lettenbichler was keen to turn that speed into a winning result in the 35-rider Gold class final. However, Bolt had other ideas and immediately took control of the race lead following the Le Mans style start. 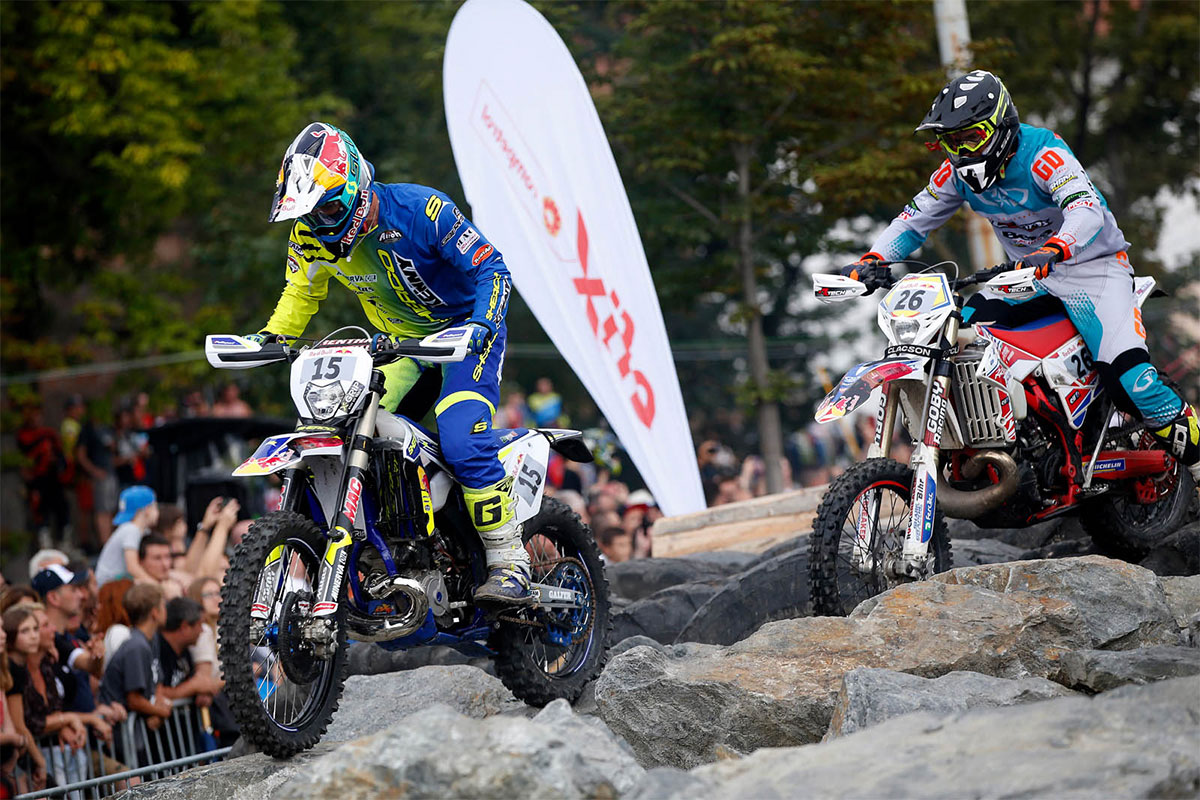 South African Wade Young finished second. Photo: Future7Media
With the track heaving with competitors, the British rider kept his cool as he navigated the wacky array of obstacles with ease. Opening up an ever-increasing lead during the 15-minute final, Bolt lapped the entire field to claim the win.

‰ÛÏIt feels great to get a win in the bag already," Bolt enthused. "I know it‰Ûªs only the beginning of a very long race but it definitely offers a good sense of confidence and motivation heading into the mountains tomorrow. The race was perfect for me ‰ÛÓ I think I led it from start to finish and lapped every rider. But of course tomorrow will be a different story. With this win I can start as the third rider and then see what happens.‰Û 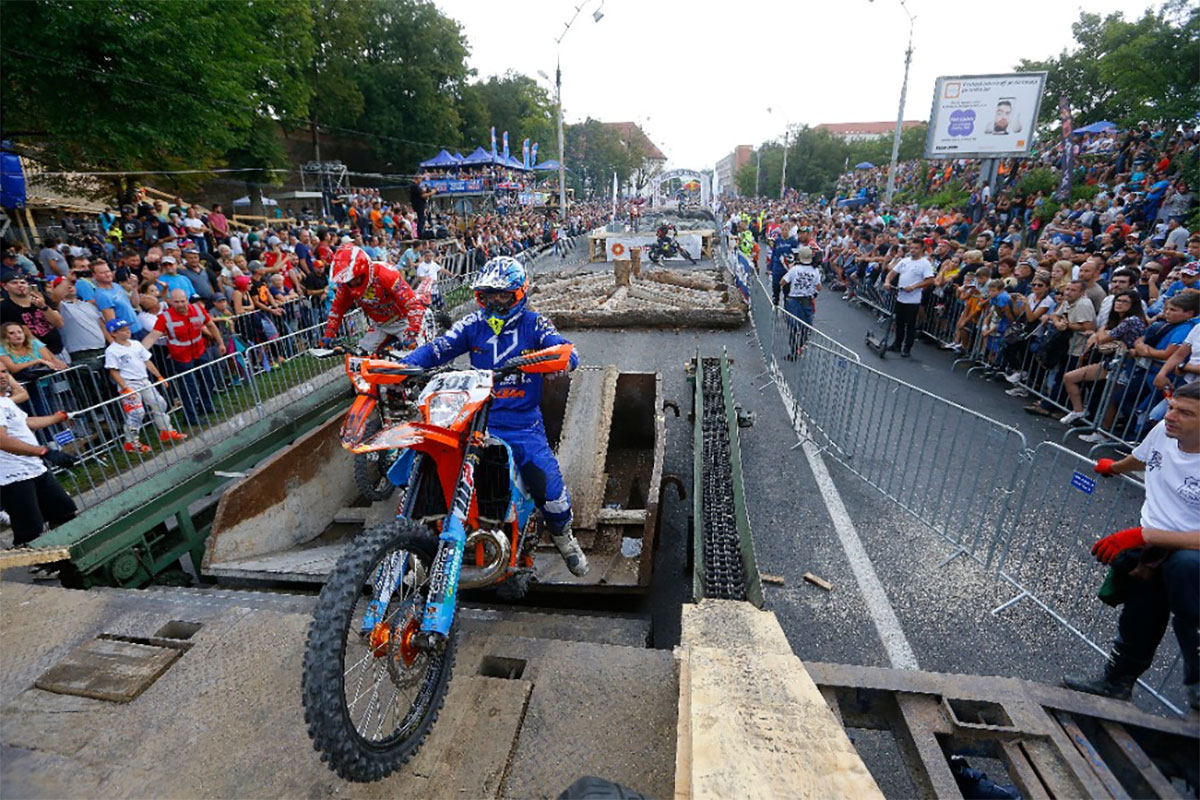