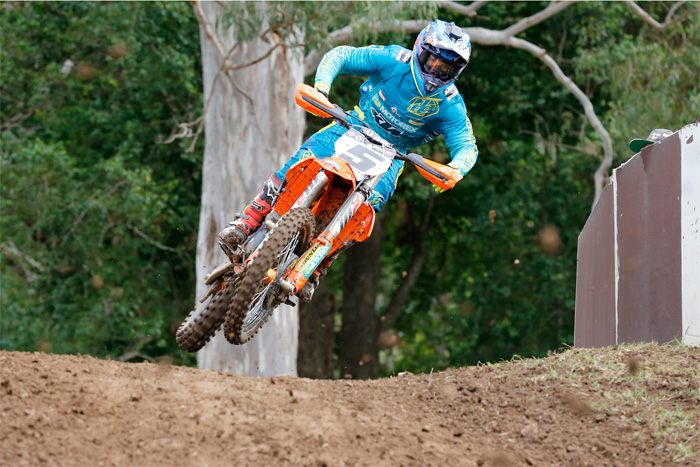 KTM Motocross Racing Team rider Kirk Gibbs added two second places to his championship tally in a productive visit to the picturesque Queensland venue of Conondale for the third round of the 2017 MX Nationals series.

Gibbs powered his KTM 450 SX-F to second on the day behind Dean Ferris and ahead of Todd Waters to strengthen his second place in the championship, however less-than-perfect starts regrettably denied him the chance to race head-to-head with Ferris on a track Gibbs rides very well.

Luke didn‰Ûªt do too good in the first race but in the second he regrouped and found a bit better rhythm half way through and worked his way into fifth, which is a good sign. Luke‰Ûªs just got to believe in himself and he can definitely podium, and Kirk needs to start better to put the pressure on Ferris - and a race win won‰Ûªt be far away for us.‰Û